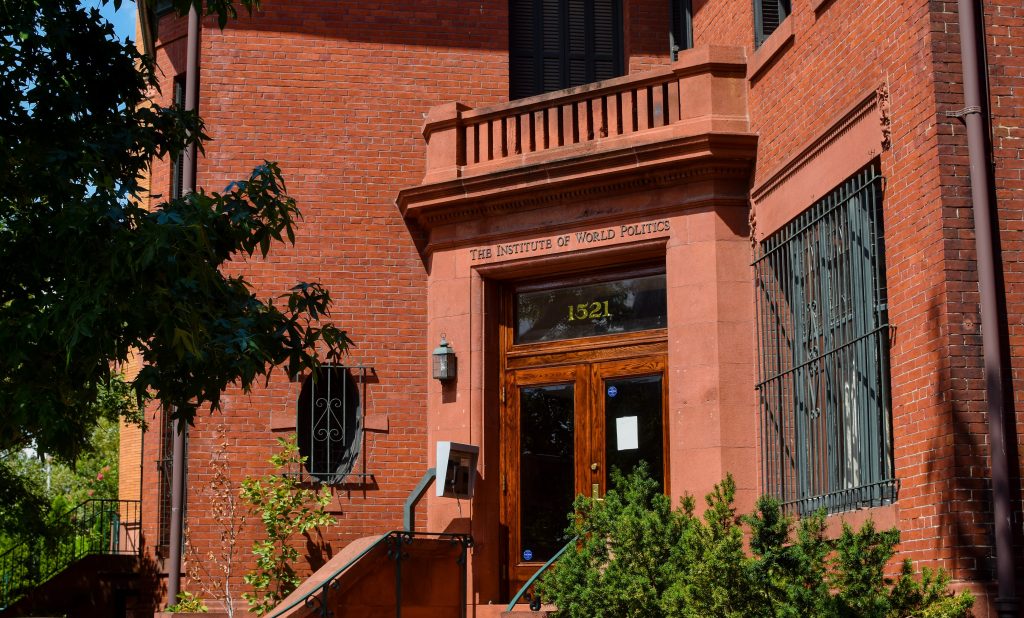 A Graduate School in Washington, D.C. and Reston, Virginia

The Institute of World Politics’ main campus is located at 1521-1525 16th Street, NW, in central Washington, D.C.  The campus is eight blocks north of the White House, four blocks east of the Dupont Circle Metro station, and nearby D.C.’s Logan Circle neighborhood. Restaurants and national tourist attractions are available within walking distance.

IWP’s Virginia campus is at the offices of Pragmatics, Inc., at 1761 Business Center Dr., Reston, VA.

To plan your route to IWP, please click here.

The Institute’s main building, at 1521 16th Street, NW, is the historic, three-story red brick Marlatt Mansion.  Its first floor includes two lecture halls, a large foyer with a waiting area for guests, and the Office of Student Affairs.  The front classroom is named in honor of Commodore John Barry, who is known as “The Father of the American Navy.”  The second and third floors house most of the Institute’s faculty and administrative staff.  The lower or basement level includes another classroom, the student lounge, and additional staff and faculty offices.

The Marlatt Mansion was built in 1908 by Dr. Charles Marlatt, an entomologist with the Department of Agriculture during the presidency of Theodore Roosevelt.  Dr. Marlatt had a distinguished career as an insect illustrator, world traveler, author of numerous works on entomological subjects, and President of the Cosmos Club.  He designed the decorative wood and plaster carvings of insects, birds, and animals found throughout the main floor of the mansion.

The Marlatt family maintained the building until selling it in 1970.  From 1973 to 1975 the Marlatt Mansion was owned by the government of the USSR, which used it to house the Soviet Embassy’s Office of the Commercial Counselor, as well as offices of the KGB.  During that time it is believed to have served as the temporary residence of Soviet Communist Party General Secretary Leonid Brezhnev.

In 1994, the longtime Institute Board member and benefactor, Mr. Donald E. Bently, purchased both the Marlatt Mansion and two adjacent houses.  Four years later, the two buildings at 1523 and 1525 16th Street, NW, were completely renovated and united into Bently Hall, a modern four-story building with restored historic facades.  The Institute’s library is located on the basement level and first floor of this building.  There are student computer workstations and a classroom on the basement level. The first floor holds a seminar room, as well as the offices of the library and other professional staff.

The Institute’s library, located on the basement level and first floor of Bently Hall, currently contains more than 30,000 volumes, including thousands of rare and out-of-print national security books and documents from the American Security Council Foundation and from former senior government officials. In June 2002, the Institute received the gift of the extraordinary private library of William J. Casey, the late Director of Central Intelligence.

In addition to a basic collection of foreign affairs periodicals and reference works, the IWP library has several specialized resources. These include collections of books in: U.S. foreign policy; U.S. intelligence and counterintelligence; and primary-source Cold War materials in Soviet/Russian/East European affairs and U.S. internal security.

High-speed internet access is also available to students and faculty. Electronic resources include thousands of journals and other periodicals in databases offered by EBSCO Host, as well as e-books, newspapers, and other materials. Topical pathfinders are being developed by the IWP library to assist researchers.

IWP’s Reston campus is at the offices of Pragmatics, a company led by IWP trustee Dr. Long Nguyen and his wife Kimmy Duong.

IWP’s Reston, Virginia campus is located just off Dulles Toll Road at 1761 Business Center Dr., Reston, VA. Please note that the entrance to the Reston campus is located at the back of the building, as pictured above. Students have access to free parking. It is 1.4 miles away from Wiehle–Reston East Metro station on the Silver Line. Learn more 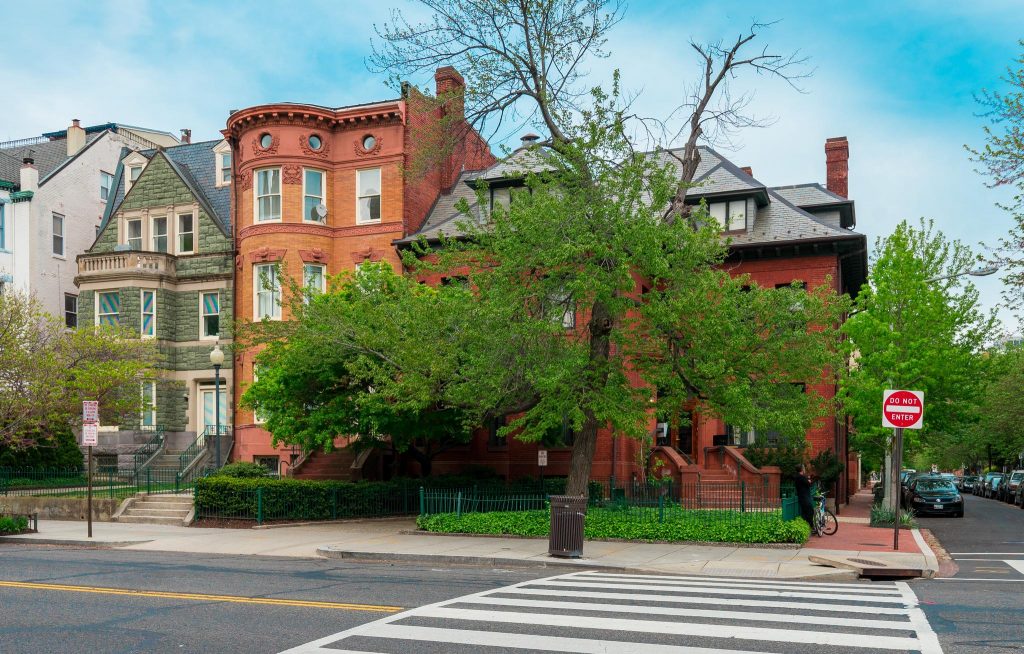