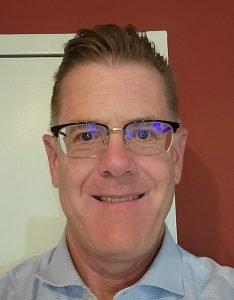 Daniel Corrin grew up in Chesaning, MI, a small town in the center of the lower peninsula. He graduated from Michigan State University with a B.A. in economics in 1987. He moved to Washington, D.C. where he worked as an economist for the Bureau of Economic Analysis until 2020.

During his years of work, he earned several graduate degrees: a Master of Public Policy from the University of Maryland; an M.A. in economics from American University; and an M.A. in international affairs from The Institute of World Politics.

Daniel currently works for a government contractor within the intelligence community. He is two courses short of earning his doctorate at IWP. His area of research within the program is Europe and economics. His first thesis is on Chinese political warfare, looking at China’s approach to India and Indonesia. His second thesis is on Chinese political warfare, focusing on Europe in general and more specifically on Germany and Greece.

Learn more about the Doctor of Statecraft and National Security program