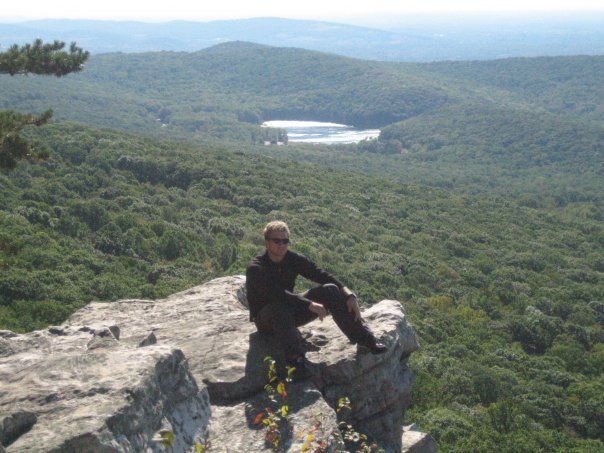 IWP student Lance Mogard always knew he wanted to go into the field of intelligence, but did not know how to go about achieving this goal.  After obtaining a B.S. from the University of Iowa in Political Science, and while working, Lance for a study abroad program outside of Rome, he began applying to law schools.

While in Italy, though, he learned of IWP, and saw that the classes offered at this institution were directly applicable to what he wanted to accomplish professionally.  He not only began to take classes at IWP in the fall of 2007, but he has found other opportunities through IWP, both in the intelligence community and in the army.

Jason Johnsrud, Director of Student Affairs at the Institute, posts relevant job openings on a bulletin board at IWP, and Lance decided to apply to one of these: a position as an Intelligence Analyst for the U.S. Secret Service.  The Secret Service, knowing how bright he was, and what good training he was receiving at IWP, immediately hired him.

In this position, Lance often uses knowledge he gained from IWP: “I took many intelligence-related courses at IWP…  The area knowledge I gained at the Institute has also been very valuable.  Very early on, IWP instilled in me the importance of staying abreast of current issues.”  When he began his position at the Secret Service, instead of being overwhelmed by a set of unfamiliar issues in faraway countries, Lance says that he was able to “jump in right away,” and was prepared to “apply the huge knowledge base I gained at IWP.”

Lance also is the first student to take advantage of another opportunity offered at IWP – its partnership with Georgetown University that allows IWP students to participate in the University’s Army ROTC program.  Lance plans graduate with an M.A. in Statecraft and National Security Affairs and a Certificate in Counterintelligence in May of 2010.  He then will commission as a 2LT in the U.S. Army, and go to Ft. Benning, GA for a year of Infantry Officer training.  He hopes to be assigned to the 82nd Airborne Division at Ft. Bragg, North Carolina or the 173rd Airborne Brigade in Vicenza, Italy.  After his initial assignment, Lance hopes to be selected and accessed into the Army Special Forces as a Detachment Commander.

Lance plans to use his IWP education to defend the nation while in the Army, and wherever his professional life brings him in the future.