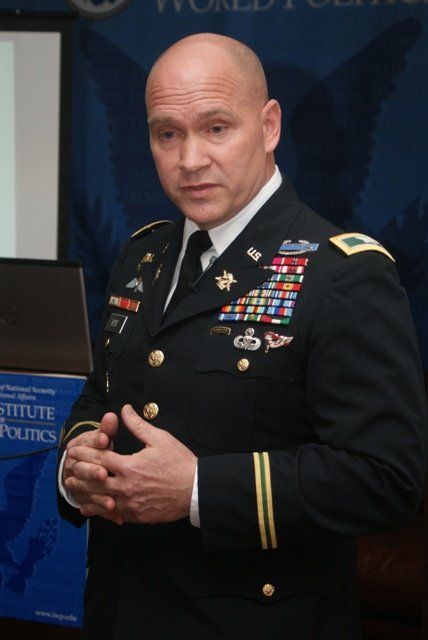 Colonel Boyd began by discussing the importance of education for those in the Army who will be working in the field of military information support operations (MISO), and Army programs that would enable this education.

He explained some of the complexities of the new operating environment, and that one must be proficient in foreign languages to be effective in PSYOP/MISO. It is also important to figure out how the target population acts and thinks.

Colonel Boyd also described the negative connotation PSYOP has received because it has been historically been linked to deception – and outlined the reasons that the terminology has recently been changed by the Army. He emphasized that PSYOP/MISO is about communicating selected information, and thereby influencing foreign populations only. PSYOP/MISO can target foreign governments, groups and individuals. In a way, he suggested, it is similar to journalism, a mode of communication which conveys information, but often also has a certain spin.

He emphasized that the definition of MISO must expand. MISO involves both informing and influencing activities, and can be larger and more targeted that PSYOP. Ultimately, he argued, MISO will allow for greater precision in communications between US forces and the foreign populations near them.

*MIST is an acronym for “Military Information Support Team,” a detachment of psychological operators who employ military information support at tactical, operational and strategic levels. Among their missions are providing commanders with additional tools for positively influencing foreign populations, countering misleading information and perceptions, and countering the efforts of violent extremist organizations. 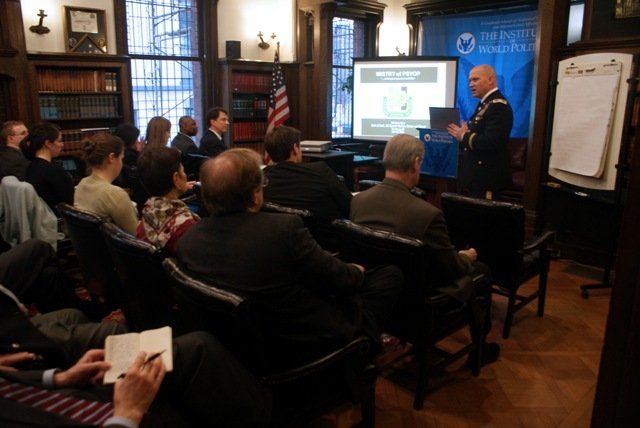