March 13, 2013 marks the 100th birthday of the late William J. Casey, former Director of Central Intelligence and father-in-law of IWP board chairman Owen Smith.  Below are reflections from IWP president John Lenczowski.

William J. Casey was one of the most historically important statesmen in the modern history of the United States.  His contributions to the conduct of the Cold War were among the most creative and strategic factors leading to the defeat of Soviet communism and the liberation of millions of people enslaved behind the Iron Curtain.

He made these contributions in his capacities as Director of Central Intelligence (DCI) – the leader of the entire multi-agency intelligence community – and as Director of the Central Intelligence Agency in particular.  To a large extent, because of his extraordinary effectiveness in these roles, he elicited controversy among some who were wed to earlier U.S. policies.  As scholars examine his legacy, however, Bill Casey, and all the men and women who were his partners in the resistance to totalitarian repression and aggression, will continue to be vindicated by history.

Bill Casey’s contributions, of course, were enabled by the Presidency of Ronald Reagan, which he had a decisive role in making possible through his efforts that turned the tide of the Reagan presidential campaign.  The President, with his clear vision of the necessity of resisting Soviet imperialism, gave Casey the necessary latitude to implement a strategy using intelligence assets and methods that put some of the most decisive straws on the Soviet camel’s back.  What were the elements of this strategy?

Perhaps the most important element of the Reagan-Casey strategy was the conceptual framework through which various elements of statecraft would be applied.  Central to this framework was the notion that the United States could not make progress in ending the Cold War so long as it was in a reactive and defensive frame of mind.  Such a disposition had arguably become a psychological habit over time, as Soviet strategy had continuously maintained a monopoly of the offensive: selecting the field of battle, choosing the issue, defining the terms of debate, attacking Western vulnerabilities, and shifting to new battlefields when Western responses were finally formulated and become too robust on the original battlefields.  In contrast, as part of Reagan’s policy, the Casey strategy sought, for the first time in years, to discern, analyze, and exploit Soviet vulnerabilities, thus turning the strategic tables in the Cold War.

Under Casey’s leadership, CIA analysts wrote studies that had been politically difficult to produce during the years of détente.  These comprised what is known as “opportunities intelligence” – the collection and analysis of intelligence designed to enable U.S. policy to take advantage of strategic opportunities.  So, for example, Herbert Meyer wrote on the weaknesses of the Soviet economy.  James Bruce wrote on the patterns of civil unrest in the USSR, exposing vulnerabilities the dimensions of which virtually nobody in the Sovietological community was aware.  Meanwhile, analysts like Robert Gates produced studies on patterns of Soviet strategy in various regions of the world – patterns which revealed the full extent of Soviet strategic intentions and purposes.

Casey played a key role in the revival of counterintelligence, which, like the intelligence community in general, had suffered grievous blows as a result of the attacks against it during the Church and Pike Committee hearings of the 1970s.  Counterintelligence, obviously, entails those efforts designed to foil foreign espionage.  Unfortunately, there is a dimension of counterintelligence that has been consistently neglected: namely, countering other activities that foreign intelligence services do to gain strategic advantage over us.  Most prominent among these are influence operations, some overt, and many covert. 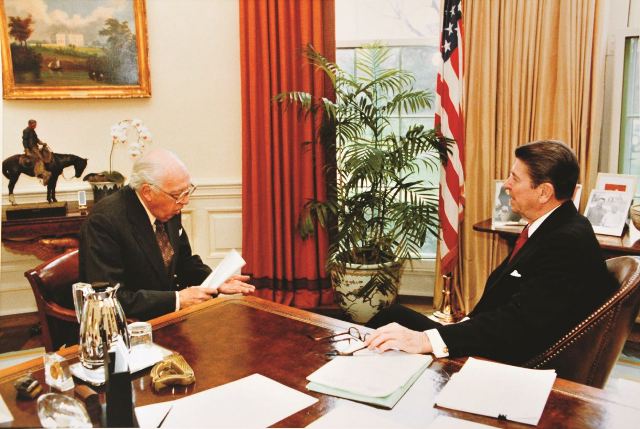 One aspect of the counterintelligence effort was Casey’s and the CIA’s work in exposing a key dimension in the Soviet conduct of political warfare – the entire field of “active measures.”  Active measures is a term of art coined by the Soviet KGB which refers to disinformation, forgeries, and covert political influence operations.  These were perceptions management and political action operations that were not precisely propaganda but were nevertheless designed to complement propaganda in ways that would provoke Western policy responses that would strengthen Soviet strategic interests.  American foreign policy and counterintelligence had neglected Soviet active measures for years.  And this neglect effectively gave Moscow and its proxies free rein to conduct extraordinary strategic influence covertly and with scant impediment.

In his first year as DCI, Casey made a point of educating the U.S. and Western foreign policy communities about the extent of the threat of active measures.  He supported changing the National Intelligence Topics to include collection and analysis of these activities.  The community’s effort to collect intelligence on these activities was outstanding.  But when certain units within the analytical community resisted evaluating these active measures, Casey established a new bureau – the Office of Global Issues – whose personnel analyzed these deceptive activities with excellence and aplomb.  These analyses served as the basis for many of the products of one of the most effective interagency committees in recent history, the Soviet Active Measures Working Group, headquartered out of the State Department’s Bureau of Intelligence and Research which was led by longtime CIA officer, Ambassador Hugh Montgomery.

Strange as it may seem in retrospect, the previous bipartisan period of détente during the 1970s had created a climate of such “political correctness” in much of the foreign policy community that such studies, which exposed patterns of Soviet behavior and which reached hypotheses about what those patterns revealed about Soviet global intentions, were frowned upon and branded as “politicized intelligence.”   In reality, such studies were professional products that were written to serve the needs of the President’s policy.  The fact that some people did not agree with the policy did nothing to vitiate the validity and professionalism of these studies.

Pursuant to such intelligence collection, analysis and Presidential policy guidance, Casey led the CIA and other elements of the intelligence community in one of the most creative campaigns of multi-dimensional covert action in modern history.  It had many aspects, comprising an array of activities only some of which have been revealed publicly.  These included:

In tandem with President Reagan’s military buildup, which put pressure on the Soviet military economy, and his public diplomacy programs such as the strengthening of the Voice of America and Radio Free Europe/Radio Liberty – programs which supplied the truth to people denied a free press, and which gave people hope that resistance was possible, the Casey strategy deserves enormous credit for helping bring down the Soviet empire.

Finally, an achievement directly attributable to Casey’s leadership concerned the origins of one of the most prominent threats that we continue to face today: that of terrorism.  Casey’s intelligence community made major strides in collecting information on extremist and terrorist groups worldwide and how many of them were effectively made viable and operational as a result of Soviet training and assistance in ideological indoctrination, intelligence, communications, and financing.

The United States, the West, and millions of people liberated from the stultifying conformity of international socialism owe an enormous debt of gratitude to Bill Casey and the extraordinary team of dedicated intelligence officers who worked anonymously, many taking huge risks, to end one of the most dangerous strategic conflicts in history.  His memory deserves to be honored far into the future. 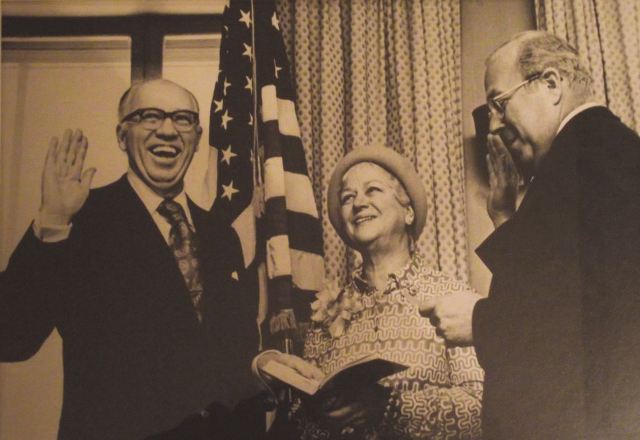