It’s been a great semester for the Student Government Association (SGA) at The Institute of World Politics.

After updating its constitution this summer and having it ratified by the students in August, SGA started the semester strong with a fall kickoff event, where s’mores were made, members of SGA were introduced, and new students met second year students, faculty, staff, and alumni.

This event was part of SGA’s goal for the year of increasing student engagement and fostering a sense of community at the school.  In October, SGA held a “Spooks and Spirits” Halloween party, and worked with Dr. Marek Chodakiewicz to host three movie nights, which are also open to friends of the Institute.  SGA also held a movie night for Four Lions in early October.  Later in the month, extremism expert Nathalie Vogel introduced The Baader Meinhof Complex, and in November, Sam Childers came to IWP to introduce a film about his experiences in Southern Sudan entitled Machine Gun Preacher.

To continue to foster this sense of community at IWP, SGA has been offering cookies and coffee to students every day during the week of final exams. 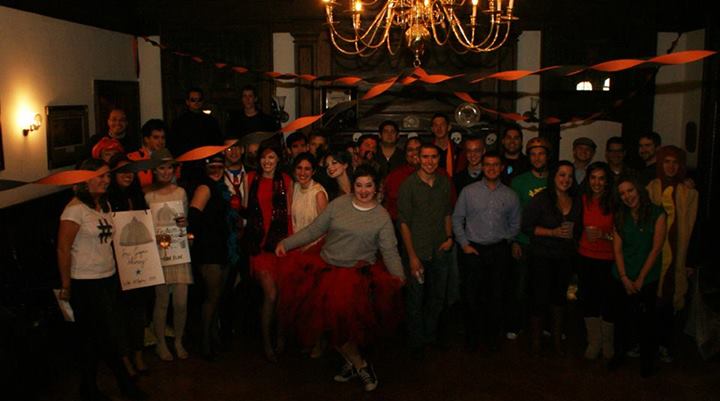 Another of SGA’s achievements this semester is the enhancement and new name of the student newsletter, Denial and Deception.  Jonathan, SGA At-Large Representative and Director of Communications, has put together a team of contributing authors, who dub themselves the “carrier pigeons.”  “We have been getting great reviews of Denial and Deception and it is all because of a great crew of student authors,” he comments. “SGA hopes to keep this going for future students of IWP to enjoy.”

Three editions of the newsletter, which also features a new SGA logo, have been released this fall.  Three more are planned for the spring semester.

The newsletter is just part of SGA’s goal to increase communication with the student body.  The association has also been working to add posters around the school about events and activities to keep students informed about happenings on campus.

SGA has also developed a Facebook group, which is used to communicate events and opportunities to IWP students and foster communication between students.

These meetings are held with a second goal in mind – that of ensuring that SGA has an open process with the student body.  SGA hopes to share with students the “how and why” of its operations, which it has striven to professionalize even more this year.

Part of this professionalization has involved SGA’s newly-established office in Marlatt.  This office, which is shared space with other student groups and the Alumni Association, allows SGA to have a place to meet with students and store materials.  SGA has established twice-weekly office hours before evening classes so that students have the opportunity to check in with SGA officers on a regular basis.

In further efforts to professionalize, SGA created a budget for the year, and some of the funds from the IWP student activity fee were allocated to SGA.  SGA hopes to augment its budget with a new initiative by which students and the IWP library donate used textbooks to SGA, which then resells them to students for $5.

SGA created working partnerships with other student activities, including the Student Ambassador program and Active Measures, the student-run academic journal. 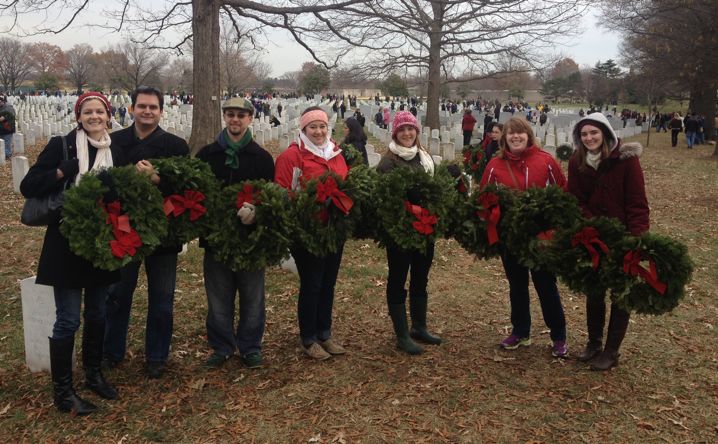 Service to the school and community

Members of the Student Government Association joined IWP staff for a “field day” this past November, in which Marlatt Mansion and Bently Hall were cleaned and reorganized.

This December, SGA’s service initiatives have extended beyond the IWP campus.  SGA organized a group of students to lay wreaths at Arlington Cemetery this December to honor our veterans by participating in Wreaths Across America.  In addition, SGA purchased a wreath on behalf of IWP’s students.

“The progress made by our Student Government Association this semester has been incredible,” comments Noah Rudolph, Executive Vice President.  “We are fortunate to have students with such enthusiasm, drive, and commitment.”

Student Government Association President Lacy Rourke comments: “We’ve had a great first semester, and we appreciate the support of Noah Rudolph and the rest of the IWP administration. We are looking forward to a busy and productive spring 2014.”

With so many accomplishments this fall, and plans to do even more in the spring semester, IWP’s Student Government Association has established itself as a major contributor to the school’s spirit of academic excellence and collegial community.