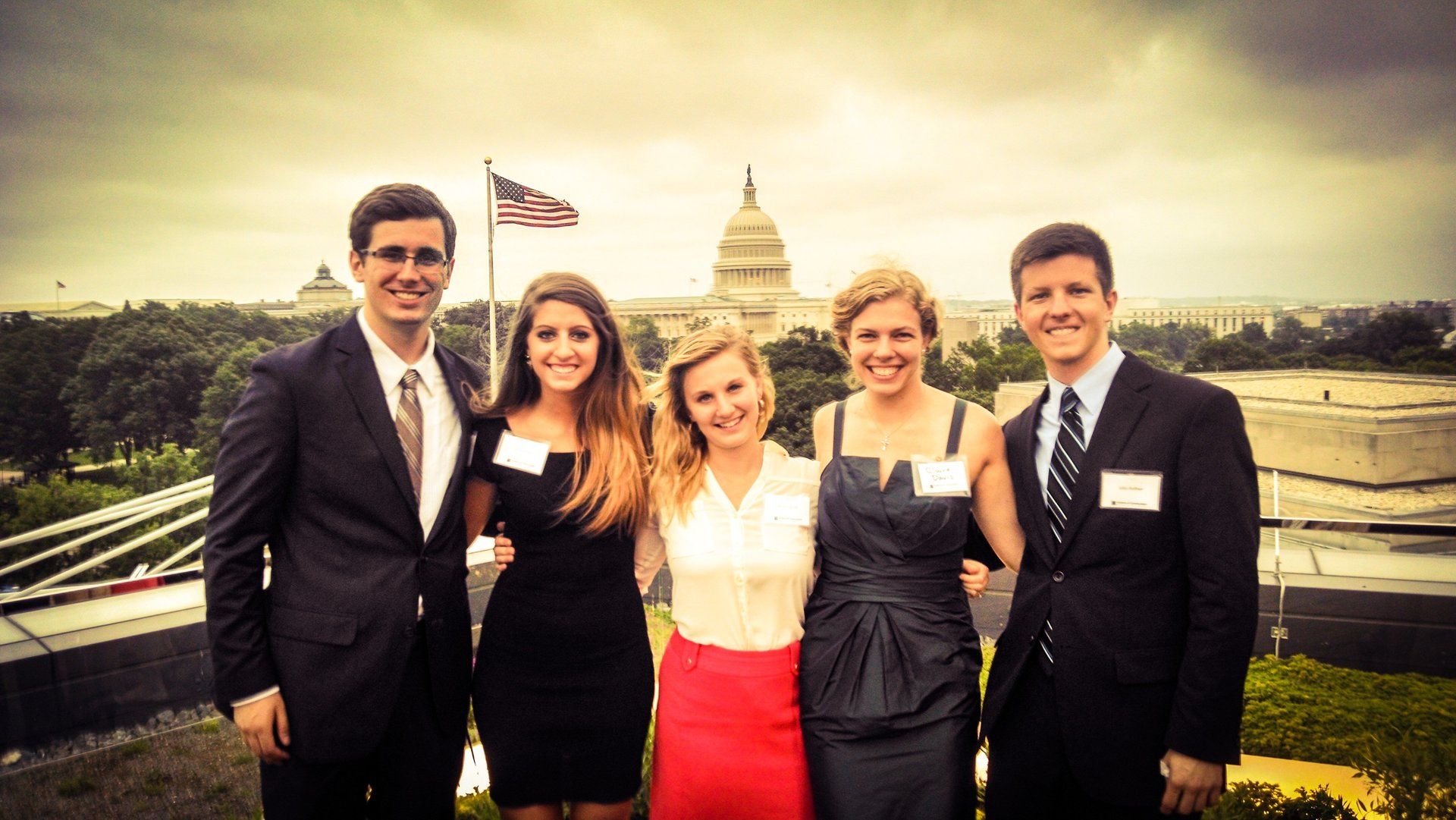 Unlike many of the other interns who have backgrounds in international relations or political science, I entered my internship at The Institute of World Politics as a rising senior from Colorado Christian University with a Business Administration major and an International Business emphasis. While previously considering a career in the Foreign Commercial Service with the U.S. Department of Commerce, I was also interested in pursuing a career in counterterrorism, but lacked the qualifications or any idea of what opportunities were out there. I could not have found myself in a better position to figure those things out than with my internship at IWP.

I first applied for the internship with the expectation that most of the internship would consist of phone calls, database entry, and administrative work, but that it would still be worth the opportunity to work in Washington, D.C. with such distinguished experts in the field of national security.

I’ve never been so excited to be wrong.

Interns are assigned as a research assistants to particular faculty or staff members, and I had the opportunity to work as a research assistant for Mr. Rudolph, the Executive Vice President of IWP. Each week, Mr. Rudolph and I would meet to go over the progress of my research and discuss what I want to do in life. During this time, we discussed the various costs of a career in government, explored what career opportunities counterterrorism had to offer, and identified what particular agencies were looking for in a candidate. At the end of the summer, Mr. Rudolph also connected me with several professionals in the fields I was considering so that I could get their perspectives as well. Week after week, Mr. Rudolph took time out of his day to meet with me, and, in doing so, treated me as a colleague rather than just another intern.

As interesting as hours of non-stop research can be, one of the most exciting aspects of the internship was the intern outings and the opportunity to attend so many events in the DC area. As a part of our internship, we got the opportunity to go on private tours of the Pentagon, State Department, Capitol, National Cryptologic Museum, Holocaust Museum, Laogai Museum, and the Victims of Communism memorial and reception. We also got to help out with lectures at IWP on topics such as: “How to Conduct a Foreign Counterintelligence Investigation,” “Where is China going? Current affairs and foreign policy implications,” “Human Rights and US National Security Policy,” and “Hoover’s Secret War against Axis Spies: FBI Counterespionage during World War II.” In addition, I got to attend several events in the D.C. area, such as a debate on Al Qaeda’s strategy, Senator McCain and General Keane discussing the situation in Iraq, Ambassador Susan Rice on national security policy, and even watch some old guys play baseball at the Congressional Baseball Game.

Each intern also has the opportunity to audit one of the classes at IWP, and I got to take the Terrorism course taught by Professor Danis. Transitioning from classes on debits/credits and reading from miscellaneous business textbooks to having debates on whether Al Qaeda should be considered an insurgency or a terrorist group and reading the works of Ayman al-Zawahiri was like entering a new, much more exciting world.

Although I loved the weekly events and classroom discussions, what made my internship at IWP so great was the people. Wherever one finds themselves working, whether it’s in Denver, D.C., or Istanbul, what makes it worthwhile is the people you meet and relationships you build. While IWP might be a small building, and even smaller in the summer, the people with whom you are interacting on a daily basis are of the highest caliber. One day, you might be grabbing coffee and making small talk with someone, only to find out later it was the former ambassador to Afghanistan (who does take cream and sugar in his coffee if you were curious). Whether you’re talking with former ambassadors, CIA intelligence officers, or Mike Webber at the front desk, you’re sure to make some great memories and gain some phenomenal experience with an internship at IWP.