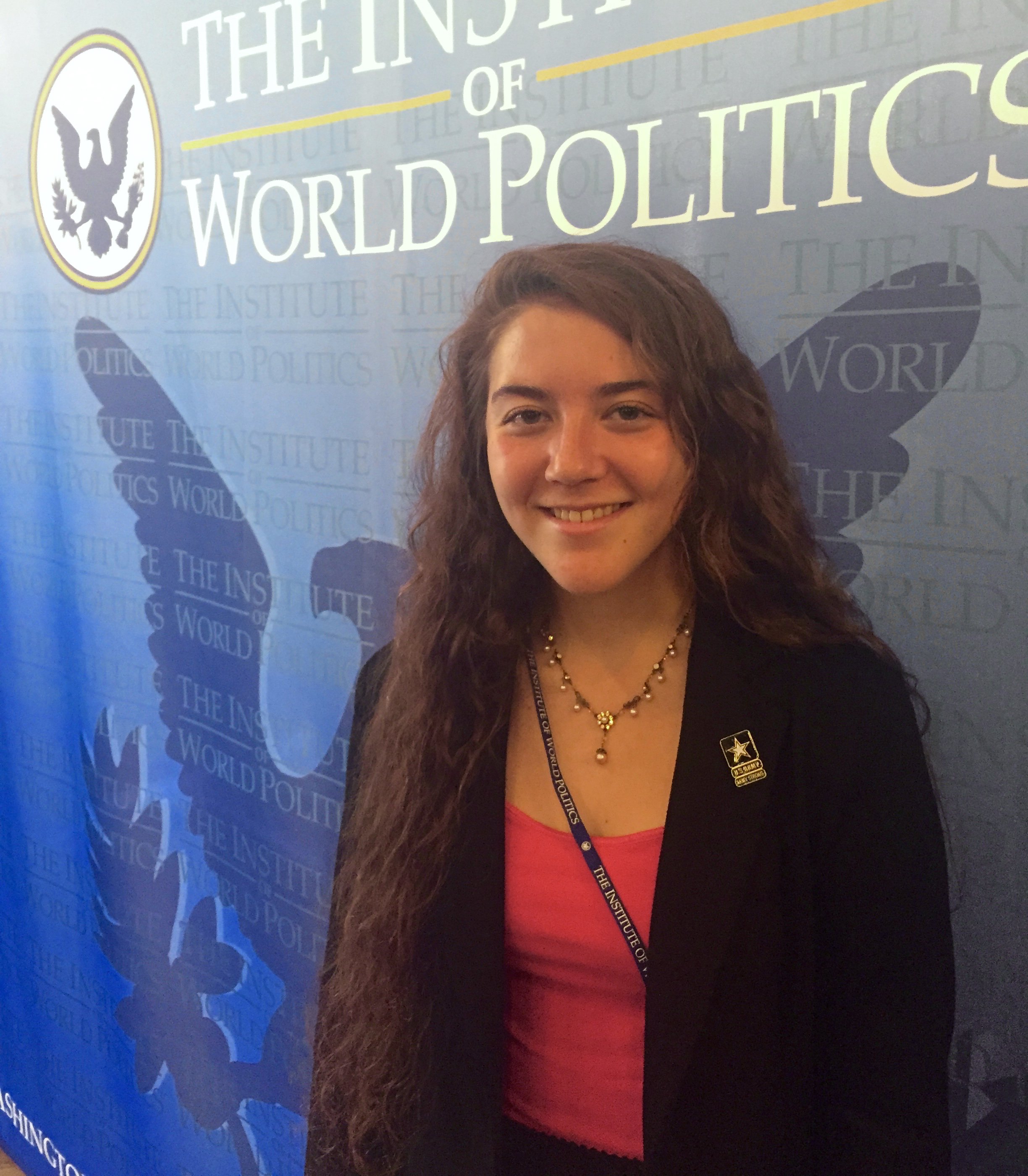 My internship at IWP has been a fantastic experience and an opportunity for which I will be forever grateful. I met and learned from so many great people over the course of this summer and appreciate how each one has contributed to making this internship meaningful for me.

Throughout most of high school, I wanted to be a trauma surgeon, and had plans of going to medical school. However, over the course of those four years my interests changed, and I became interested in law, international politics, economics, and counter-terrorism studies. This past fall, I entered the University of Virginia as a future foreign affairs and economics double major. I certainly had lingering doubts about this change in direction, but wanted to believe that this was an interesting and growing field where I could eventually find a meaningful place.

IWP has done nothing but affirm this idea for me.

The level of passion among individuals at IWP is incredible. Students, staff, and faculty all demonstrate a level of dedication for both the institution and their various interests that encourages an infectious sense of drive, involvement, and empowerment. Through this, IWP creates a platform for frank discussion and analysis of relevant issues, whether it be through the frequent guest lectures, or discussion over coffee at the front desk during the morning phone shift.

There is a sense of community and mutual support at IWP that I found to be immensely valuable. Even as interns, we have been given opportunities to be involved in meaningful work and do much more than deliver coffee. I had the privilege of acting as a research assistant for Dr. Anne Bradley as she works on her various projects. I began with focusing on research for her upcoming publication on income inequality, exploring various aspects of minimum wage laws, living wage campaigns, CEO wage limits, and cronyism. I later transitioned to looking into the economics of terrorism, specifically in Yemen, which correlated with my work in the IWP class I audited. In Peace, Strategy, and Conflict Resolution with Professor Santoli, I had the chance to further explore salient issues and difficulties surrounding the peacekeeping process in a far from peaceful world.

Author Paulo Coelho said: “Be brave. Take risks. Nothing can substitute experience.” I had almost no experience before arriving in DC two months ago. As a rising sophomore, I have more time than a lot of interns here to determine what my next step in life will be. No matter what path I ultimately take, I am confident that I will be able to utilize the invaluable skills and experiences I have gained here at IWP.