The summer of 2015 gave me an opportunity for growth, which I can unreservedly say changed my life. The Institute of World Politics instilled in me a commitment to work in international politics, a deep appreciation for the instruments of global power, and a community of brilliant and dedicated individuals that became like a family away from home.

An internship at The Institute of World Politics, or IWP, is unlike any other internship experience in Washington, D.C. I know this because I live with three other interns, all of my friends are interns, and I have yet to go a single day here without meeting another of the masses of unpaid college students that come to work in the capital every summer.

While certainly their experiences have been valuable and worthwhile, I can say with certainty that they are incomparable with an IWP internship. Many of the friends I have made spend their days getting coffee, answering angry constituent phone calls, and reviewing endless hours of political ads.

I have toured the Army Chief of Staff’s personal office, had lunch with the former Deputy Director of the CIA, and made solid connections with successful professionals who work in national security and international affairs. I learned how to research global warfare paradigms under the guidance of a professor who also happens to have served as a senior State Department advisor. I was taught, with generous patience by my supervisors, to navigate critical office systems and software that will now be a marketable job skill. And I have been, throughout the duration of my time at IWP, surrounded by experts on issues of global importance who were so eager to impart their knowledge.

These things are tangible examples of how I spent my days at IWP, but I would be remiss not to paint a broader picture of what this summer has provided me.

I began my internship with a general notion that I wanted to work in international politics. State Department I figured, or perhaps “the Agency,” as the CIA is sometimes called. I wondered what it would take, what kinds of skills I needed to learn, whom I needed to meet, and whether I would even pass a background check. (Just kidding about that last one.) As it turns out, I didn’t have to work very hard to find the answers to these questions. Every week, often multiple times, the interns get together to meet with one of the professors, or scholar-practitioners, at IWP. These men and women are serious business, often the best of the best in their fields, and serve in those fields alongside their careers at IWP. Only a brief gander at IWP’s faculty website page will reveal expert credentials in diplomacy, intelligence, military, academia, and statecraft. In other words, these are the people to know.

And come to know them, I did. The lecture-lunches provide the unparalleled opportunity to pick the minds of some of the smartest people I have ever met. My fellow interns and I gained invaluable insight into the careers which we hope to enter after college. I learned of the dynamics of employment in the federal government, and private sector industries like think tanks. I was, in effect, given a crash course in interviewing, where to look for opportunities, and how to go after them in this town.

But far and away. the most important component to my experience at IWP, is the direction it gave me. I have learned so much about myself during the time I spent here. I was encouraged to write, I reaffirmed my aspiration to work in an international setting, and I grew immensely in knowledge and professional character. I now know that I want to work in the private sector, either in an NGO or think tank, rather than in the government. An internship should serve as a path to a career in some way or another. IWP gave me that gift.

The final thing I will say about The Institute of World Politics, is that we are a family here. I know that word is sometimes used too easily, but it is true in this case. From the very first day, myself and my fellow interns were treated with respect. It is funny now to think of interns in general as being at the “bottom of the ladder.” While this may be true, I have never felt that way at IWP. I was given as many projects as I wanted and could handle, trusted with real responsibilities, and regarded as an equal peer even by my supervisors.

An internship here will come with a network of supportive, encouraging, and outrageously fun people that you will come to call you a part of the IWP family. It will also put you on a path of discovery, achievement, and maturation. The IWP experience is a notably self-starting one; providing all of the tools and mentorship one needs to succeed in Washington, but ultimately leaving the trajectory of your time here up to you — the intern. Be warned though, you may never want to leave! 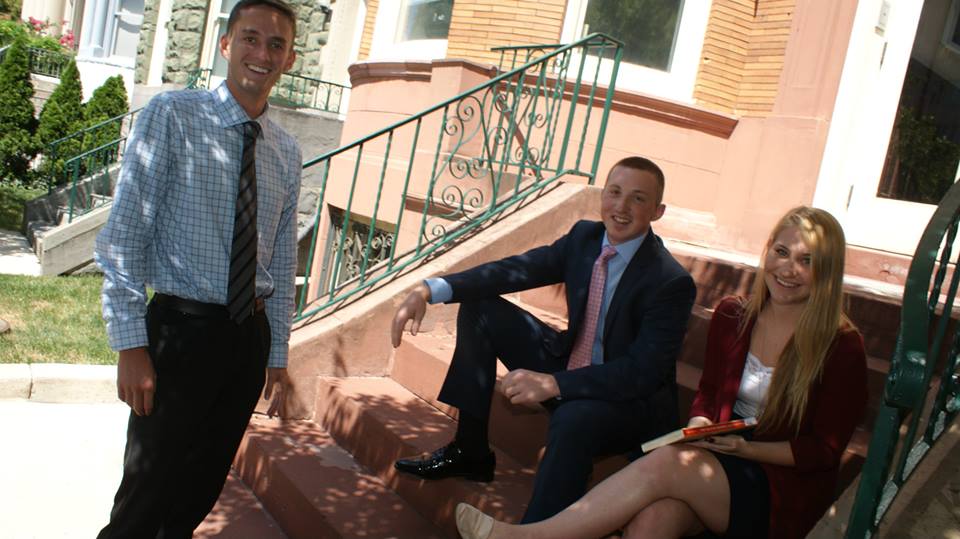