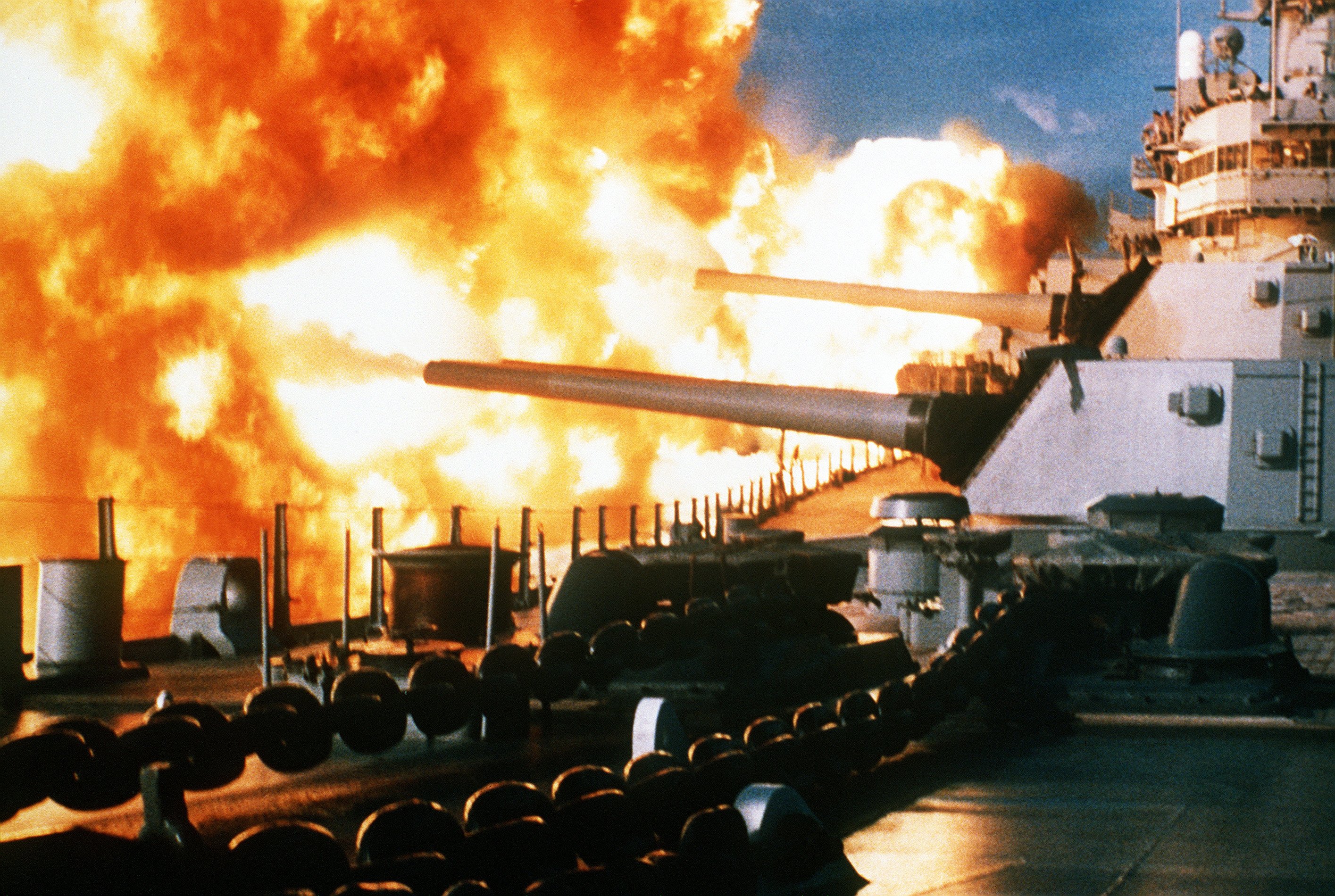 Having left Southeast Asia in 1975 in a disastrous condition, the United States vowed “No More Vietnams,” the title of ex-President Nixon’s 1985 book. Since Nixon had supervised about half of the war, his view on its legacy fairly summarizes a more general consensus: once bitten, twice shy. For the moment, or so it seemed, America was through with open-ended and lengthy occupations against ideological or unconventional opponents in far-flung parts of the globe.

The starting point for the modern American involvement in the turmoils of the Middle East began in 1983. In April, the U.S. Embassy in Beirut, Lebanon was bombed, killing 17 Americans. But October 23 was the real beginning, when suicide truck bombers blew up the U.S. Marine barracks in Beirut, part of a larger peacekeeping force that was in place following the Israeli invasion of Lebanon in June 1982. In one of recent history’s more prophetic asides, Marine Colonel Timothy Geraghty, commander of the U.S. 24th Marine Amphibious Unit, noted that the U.S. presence “… removed any lingering doubts of our neutrality, and I stated to my staff at the time that we were going to pay in blood for this decision.” General Colin Powell, then assistant to Defense Secretary Caspar Weinberger, said at the time that “When the shells started falling on the Shiites, they assumed that the American referee had taken sides.”Although a group called “Islamic Jihad” took credit for the tragedy, subsequent investigations left no doubt that Iran, Syria, and Hezbollah were responsible. As if to publicize its complicity, Iran has erected a monument in Tehran honoring the Islamic “martyrs.”

Due to a split between the Defense and State Departments, the U.S. reaction was limited. On February 8, 1984, the USS New Jersey rained down 300 shells in a nine hour period against enemy positions, but a complete withdrawal soon followed. The incident was not only typical of subsequent years, but served as the opening shot of American strategy in the area that has gone on to this day and symbolically still represents a strategic bankruptcy now into its third decade. The Civil War lasted four years, the U.S. fought in World War I for about six months, World War II lasted for about four years, Korea three, and Vietnam (considered our “longest” war) for about fifteen years. Why is the U.S. still debating the Middle East and “what to do about it” 33 years later?

The strategic genesis of all this was actually geopolitically sound. In January 1980, President Carter declared that “An attempt by any outside force to gain control of the Persian Gulf region will be regarded as an assault on the vital interests of the United States of America, and such an assault will be repelled by any means necessary, including military force.” That was 36 years ago, but today the region has withstood decades of intermittent chaos, turmoil, terrorism, refugee escapes, and multiple American military interventions. The oil still flows, but with the rise of ISIS and the political disintegration of Syria and Iraq, the region is as unstable and dangerous as it has ever been. The implications of all this have now paralyzed much of Western Europe. Worse, there seems no end in sight.

The fundamental failure is neither lack of resources nor will but lack of focus, hesitant and incoherent strategies, and a glaring lack of even a shared definition or purpose. There is a breach between what the Obama Administration has defined as the enemy, where the use of the word “Islam” is banned, and the rest of the world, including the terrorists themselves. The first word in ISIS is “Islamic.”  When a nation cannot even coalesce behind an understanding of the issue nor the philosophical source of the opponent, then strategic anarchy will certainly follow.

Tragically, this conceptual problem undermines the best of American intentions in the Middle East, and, through six political administrations, despite bountiful resources, has been as serious as any strategic blunder in recent history. If “mission creep” means action without purpose, the American positions in the Middle East are unquestionably “creepy.” They are also costly. Since the Carter administration, the U.S. has invaded, occupied, bombed or otherwise attacked a total of nineteen Islamic countries, from Kosovo in Europe, to Somalia in Africa, to the protracted wars in Afghanistan and Iraq. In those latter two wars alone, U.S. fatalities number almost seven thousand, with a cost estimated at three trillion dollars. The total cost of U.S. involvement in the entire Persian Gulf since 1980 is estimated at ten trillion dollars. The interventions, furthermore, have been sporadic and hesitant: three Iraq wars, in and out of Afghanistan, Syria, Pakistan, Sudan, Yemen, Lebanon, Somalia, etc. The highly politicized debate surrounding Hillary Clinton’s role in the Benghazi affair illustrates the American public’s focus on a microscopic tactical incident, terrible in itself, that is insignificant in comparison to the greater strategic picture.

The net result of all this is that U.S. strategy in the Middle East is murky and undefined, misunderstood, or ignored at home. There is no precedent in U.S. foreign policies for such a protracted and futile pursuit of objectives-however worthy in themselves-that, after three decades, simply carries its own momentum. By contrast, it took the Reagan Administration only a few years to terminate the vast empire of the Soviet Union. The U.S. in the Middle East appears closer to the historic wars against the many North American Indian tribes: wars that lasted decades with little coordinated direction. Lots of death and chaos; no closure. It is not much to look forward to.

Related: How to win a war without fighting