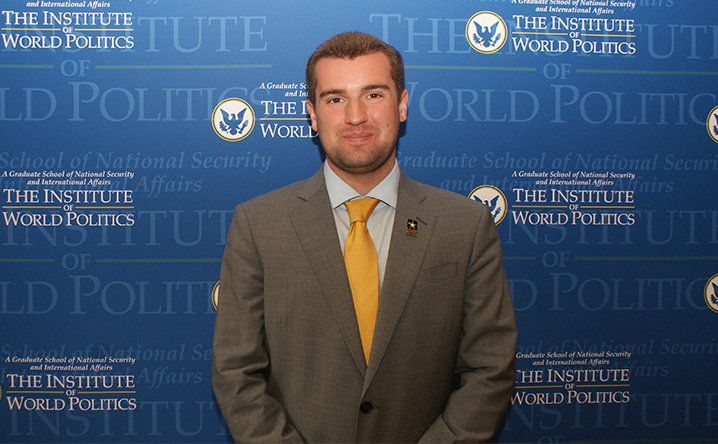 In the summer of 2015, a friend from my undergraduate institution, Mercyhurst University, informed me that she was interning at a place called The Institute of World Politics. Having not heard of the organization myself, I naturally inquired as to what her duties at this rather obscure — at least in my view — organization entailed. While not as high-profile as certain other internship options, the opportunities at IWP seemed enticing enough — assist with research conducted by professors who all had extensive national security experience, sit in on one of the classes offered by this graduate school devoted exclusively to national security and statecraft, and a chance to take in all that Washington, D.C. has to offer.

I knew that this was an opportunity that I could not pass up, and at a fall 2015 Mercyhurst career fair I actively sought out IWP recruiter Tim Stebbins. After an extensive conversation, I gained an even better understanding of IWP’s mission and what opportunities that it could provide me. It wasn’t too much longer after this that I began working on an application for a summer 2016 internship slot. I was ecstatic when I learned in April that I had been selected to be an intern at IWP.

The excitement began even before I started my internship, as I had never been to Washington, D.C. before. On my first day in the city, my family and I visited more memorials than I could count (and I was still not even close to having seen the entire city). In the two weeks leading up to the internship, my roommate and I also went to various attractions around the D.C. such as the International Spy Museum.

The first time that I stepped foot in IWP was actually to attend the class that I was to audit – “Intelligence and the Law.” (I had missed the orientation ceremony that day to take the LSAT.) As I wanted to attend law school and work in intelligence, the class seemed like a natural choice for me. Indeed, my selection proved to be a wise choice. All of IWP’s professors have actual national security experience, and the instructor for this class, Paul Schilling, was no exception. He served as a legal counselor for the CIA, making him an obvious choice to teach this class. “Intelligence and the Law” covered topics that I was already familiar with from my studies at Mercyhurst but put a legal twist on them, allowing me to examine them from a new angle. Talking to the military veterans in the class also provided me with insight into being a military intelligence officer, my desired career path.

In between answering phones at the front desk, working in the library, and helping to plan IWP events in the “Skybox,” I had the opportunity to conduct research for an IWP staff member. My research for Derrick Dortch, IWP’s career services manager, focused mostly on terrorism. I composed weekly reports of terrorist attacks and also conducted more in-depth analyses. I even made arrangements with Mr. Dortch to work with him on terrorism-related analytical products in the week after my IWP internship was finished. Mr. Dortch, a man with a rather impressive and extensive resume, also helped me in my career path and even assisted in tailoring my own resume, as I would be applying to graduate and law schools in the fall. Mr. Dortch also provided myself and a number of his other interns with a tour of the headquarters of D.C.’s Metropolitan Police Department.

IWP also offered a number of side activities. The first of these that I attended was the Victims of Communism wreath-laying ceremony. After helping set up for the event, I watched as a series of speakers commemorated those who had been injured or killed at the hands of communist regimes. Seeing a wheelchair-bound woman whose hand had been hacked off by a goon squad loyal to Cuba’s Fidel Castro was a particularly sobering experience. That same day, I also attended an alumni networking event at IWP. I met several people who had undertaken career paths similar to the one I desired — including someone with Army intelligence experience — and was able to learn more about the job positions that I aspired to attain. Speaking of meeting people, you never know who’s going to walk through the doors of IWP. Working my first phone shift, I got the opportunity to meet a man whom I greatly admire: Erik Prince, the founder and former CEO of the private military contractor (PMC) Blackwater. While attending the Congressional Baseball Game — another opportunity offered by IWP — I also caught a glimpse of Senator Rand Paul walking through the gates. (I snapped a picture of the senator and snagged a complementary Rand Paul baseball card.)

IWP also offered lectures on the side. These were talks given by IWP professors, outside experts, and even students. I attended lectures on a variety of topics, including special operations forces (SOF) and diplomacy, the history of sea power, the Iranian Islamic Revolutionary Guard Corps (IRGC), and Venezuelan socialism. The lectures were a great opportunity to learn more about pressing national security issues.

My final week at IWP was also one of the most fulfilling. It was during this week that I got tours of various high-profile sites in D.C., including Capitol Hill and the Pentagon. On the Hill tour, I got to learn about the history of the Capitol building and the role that Congress has played in the history of the United States. I even caught a glimpse of the offices used by Senators John McCain and Tim Kaine. (Neither were there, unfortunately.) I mentioned my interest in joining the military, so one can only imagine my excitement in getting an opportunity to tour the Pentagon. My fellow interns and I saw the sections of the building damaged on 9/11 and viewed a variety of exhibits dedicated to the U.S. Army, the U.S. Air Force, and, interestingly, Australia’s role in America’s wars. (We, unfortunately, did not have enough time to tour the Navy and Marine Corps exhibits.)

My months as an intern at IWP were some of the most fulfilling in my life. I had the opportunity to tour the historic city of Washington, D.C., assist IWP’s highly experienced professors in their research, attend informative lectures, meet and learn from various national security professionals, and so much more. While I plan to pass through graduate school and law school first, I certainly plan to return to IWP if some of the programs they are planning to introduce — such as a Ph.D. program — get off the ground sooner rather than later; the institution is rapidly expanding. I cannot recommend IWP enough to any college student seeking an internship. 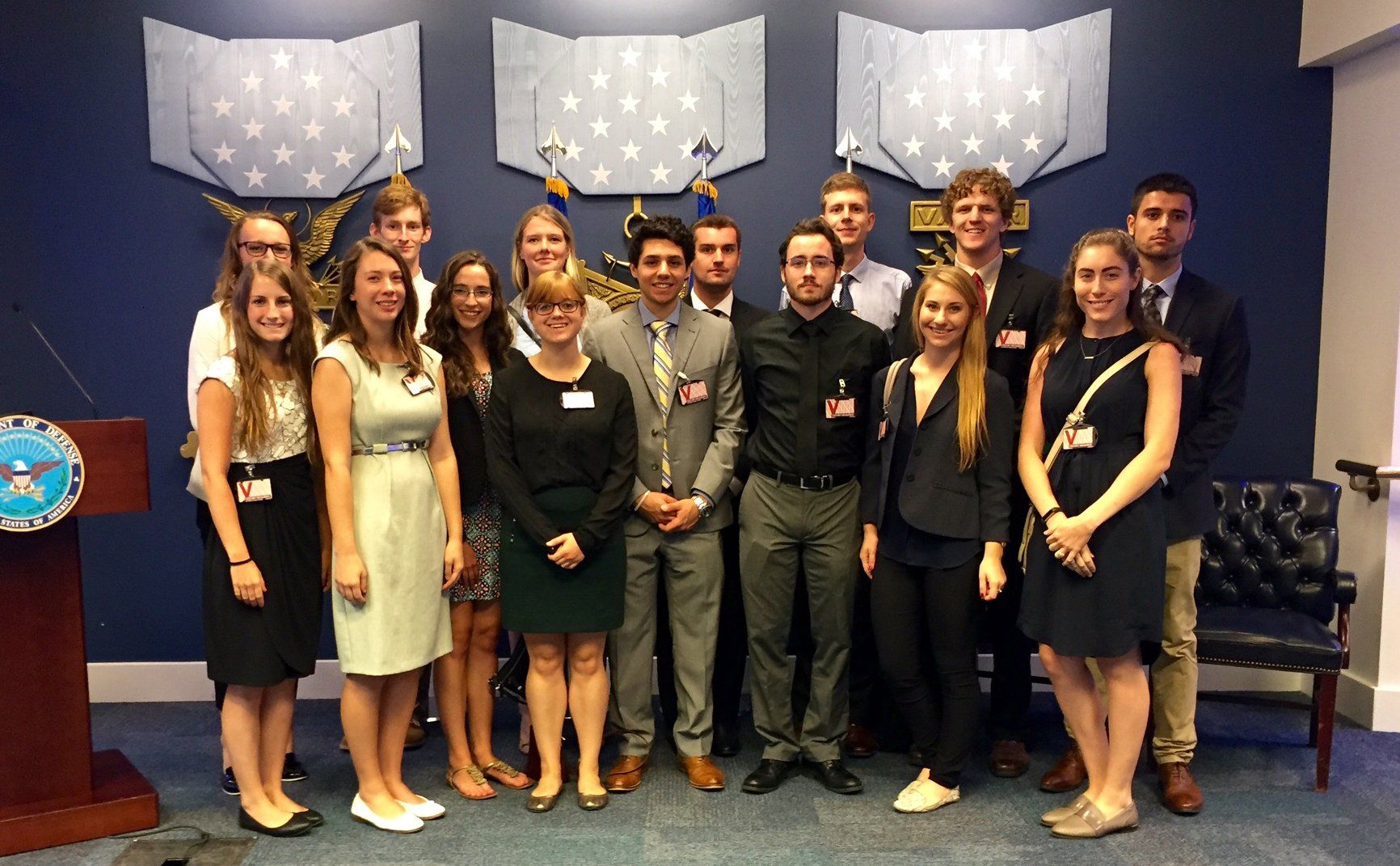