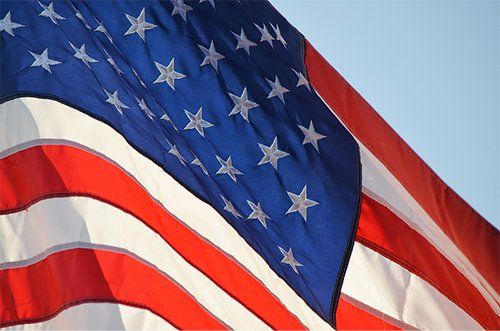 The 2016 presidential race has focused largely on personalities and domestic issues, especially the economy, with national security policies obscured amidst sustained recriminations on the Benghazi incident and Donald Trump’s alleged reckless approach toward NATO, Russia and nuclear weapons. The personal nature of the campaign has no precedent in recent history and, at times, has taken on the spectacle of a comic opera, with both candidates ranking historic low numbers in the “unfavorable” column. Personality hysteria has reached new lows also, with Trump calling Mrs. Clinton “crooked Hillary,” and columnists openly challenging Trump’s capacity for office and, at bottom, his mental stability. Washington Post reporter Eugene Robinson has called Trump “just plain crazy,” while leading “neocon” pundit Robert Kagan has written that “there really is something wrong with the man.”

Former Secretary of State Clinton’s email scandal has dominated any other national security news but this, at bottom, is a character issue remote from ongoing policies. Once asked what her greatest achievement as Secretary was, Clinton replied that she viewed her role “as a relay race. You run the best race you can, you hand off the baton. Some of what hasn’t been finished may go on to be finished.” This strongly suggests, as most see it, that a Clinton regime will, characteristically, continue in the mainstream of the Obama one, from whence she came.

This is logical thought, but there is no guarantee and, if history is any guide, may well be highly deceptive. Rare, indeed, has been a president-elect ever even remotely “qualified” to lead in national security areas. The adjective, properly, is a non sequitur.

Consider some of our great “foreign policy presidents” – how did they get that way? Woodrow Wilson is first. He coined the term “Wilsonianism” as a description of the quintessential American worldview on behalf of liberty and democracy. Yet there was no prior indication that he would carry that message to the Paris Peace Conference that ended World War I. Wilson had a profound political background: Governor (New Jersey), college president (Princeton) and a foremost scholar of American constitutional history and past-president of the American Political Science Association. Yet, when the war began, he proclaimed US neutrality and campaigned in 1916 that “he kept us out of war.” Five months later, he declared war on Germany which, in turn, accepted an armistice based upon his own cherished Fourteen Points. Not only were those rejected by all U.S. allies but the linchpin of Wilson’s message, the League of Nations, was rejected (twice) by the Senate.

Wilson’s great experiment came and disappeared almost overnight, but his legacy remains symbolic of the American “cause” worldwide, then and now. A president who campaigned against war waged a holy global crusade against it, only to be rejected by all his own contemporaries. Yet his vision endures to this day, but there was little in his own background that prepared Americans, especially the European allies, for his crusades. Not only were both sides of the Atlantic confused and surprised by Wilson, but they were equally repulsed by him. Indeed, for his time Woodrow Wilson was an unwanted and disruptive surprise package.

Consider the next great Democratic foreign Policy president, Franklin D. Roosevelt. Although he had national security experience as Assistant Secretary of the Navy and Governor of New York, his entire presidential career in the 1930’s was absorbed by the Great Depression and his New Deal domestic program. There was little in his political profile to indicate that he would challenge the prevailing doctrine of isolationism with a determined program to arm and support western Europe against Nazi Germany. In October 1940, he famously proclaimed that “your boys are not going to be sent into any foreign wars.” Within little over a year, the US was in war across the globe. Roosevelt was another example of an abrupt departure from prevailing practice foreseen by practically no-one familiar with America’s background and party platforms.

Still another, and more recent, foreign policy newcomer was Ronald Reagan, an actor and two-time Governor of California with absolutely no foreign policy credentials. In the 1980 campaign against Jimmy Carter, he proclaimed that it was “morning in America” and emphasized an optimistic domestic program of cutting taxes and reducing government with little or no offerings of what he privately sought: the dissolution of the Soviet Empire. Yet, that is exactly what the world got as Reagan and his staff engineered a revolutionary and abrupt reversal of existing policies, and by 1991 the USSR was gone. He had been widely portrayed by the media as a backward “cowboy” (as in many of his movies) who might pull the nuclear trigger against the Soviet Union. Yet, he turned out to be the most vigorous presidential champion of nuclear arms control and forged the famous Intermediate Nuclear Arms Control Treaty with the USSR.