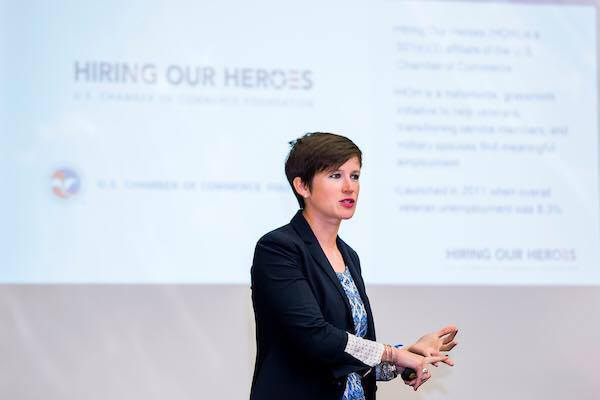 Hailing from Lexington, South Carolina, and graduating from Clemson University, Bekah Stroman was surprised to find herself in Washington D.C. for graduate school. Upon finishing her undergraduate degree in Political Science, she had planned to head to Hawaii Pacific University for her Master’s.

Hawaii specifically appealed to Bekah because her brother was based at Pearl Harbor, but a job offer at a law firm redirected her to Washington, D.C. After several months of working in D.C., she stumbled upon The Institute of World Politics. Immediately, Bekah knew this is where she belonged because of her strong interest in intelligence and national security: “I fell in love. This is where I fit. IWP is like a family, and that’s what I liked so much about it.”

Bekah continued to work full time and completed her Master’s in Statecraft and National Security Affairs after three years in 2010. Although she had initially planned to work her way into the intelligence community, another interesting opportunity arose: The U.S. Chamber of Commerce reached out to Bekah with a job opening as an executive assistant. Now, six years later, Bekah is the Director of Business and State Engagement for the Hiring Our Heroes program within the Chamber.

Working with Hiring Our Heroes, Bekah travels all over the U.S. to assist companies of all sizes in developing and implementing sustainable strategies for hiring veterans and their spouses. She remarks, “My job blends my love for veterans with my love for American business and opportunity.” 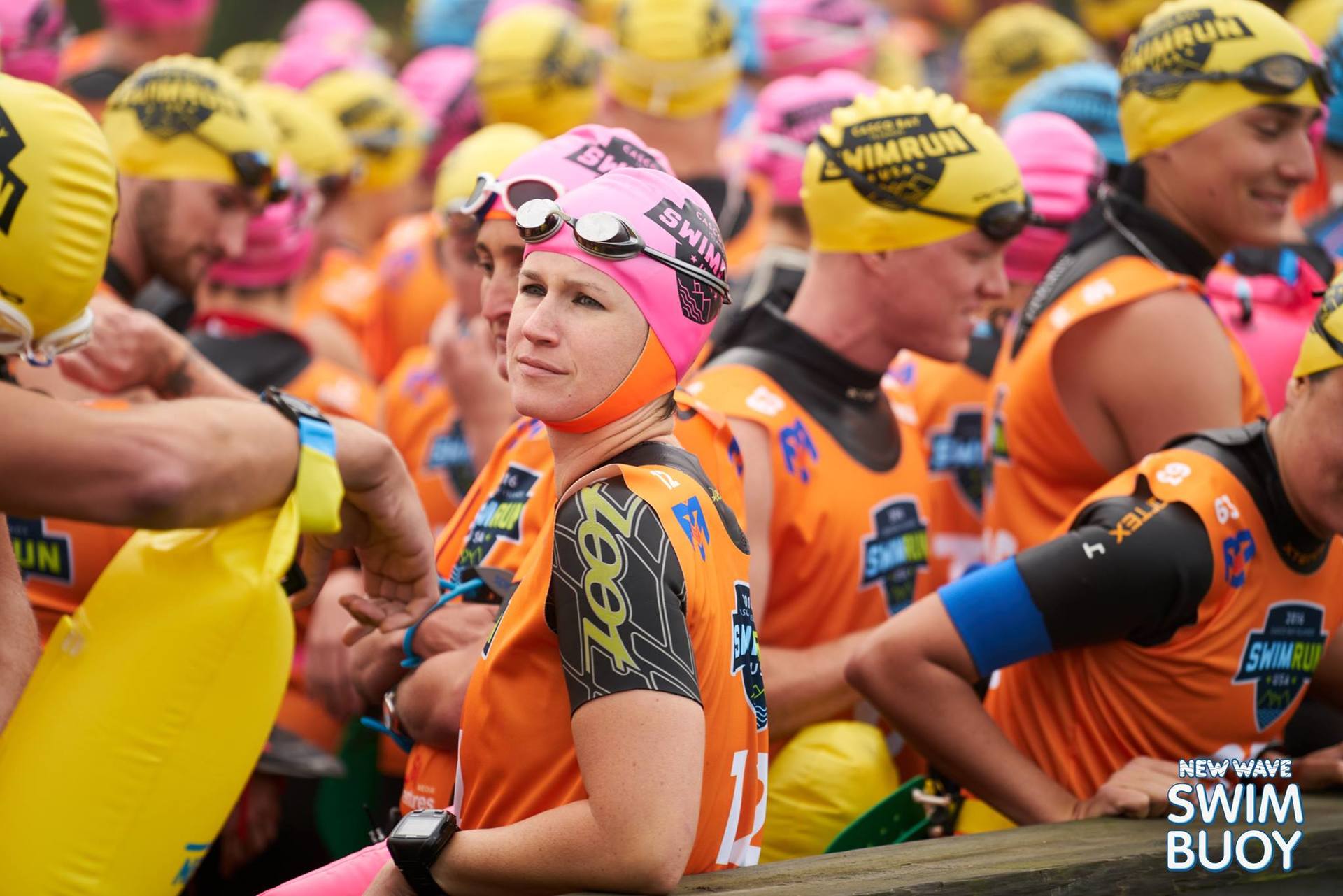 Bekah feels that her time at IWP was particularly valuable due to the connections it provided her. She elaborates, “The relationships I built while at IWP have grown into an abundance of networks. Learning to connect and network proved to be essential in D.C.” Furthermore, through her relationship-building at IWP, she gained two mentors, Professor Bob Stephan and the late Professor Brian Kelley.

Bekah’s experience in the classroom was also impressive. She enjoyed learning from professors who are, or have been, leaders in the industry. Additionally, the classroom-learned ability to decipher what is real and what is fiction transferred to every aspect of her life.

On top of her career successes, Bekah is a seasoned triathlete. She competes in nearly a dozen races per year and often makes time to train while traveling for work. Bekah’s love for her sport, her job, and IWP are evident.

Bekah concludes, “The thing that I learned coming out of IWP and starting at the Chamber was that sometimes the best opportunities are not the ones you envisioned for yourself. I had planned to graduate and work for an intelligence agency, but, when a door opens, sometimes it’s good to go through the door. Because working at the Chamber ended up being the best decision I have ever made.” 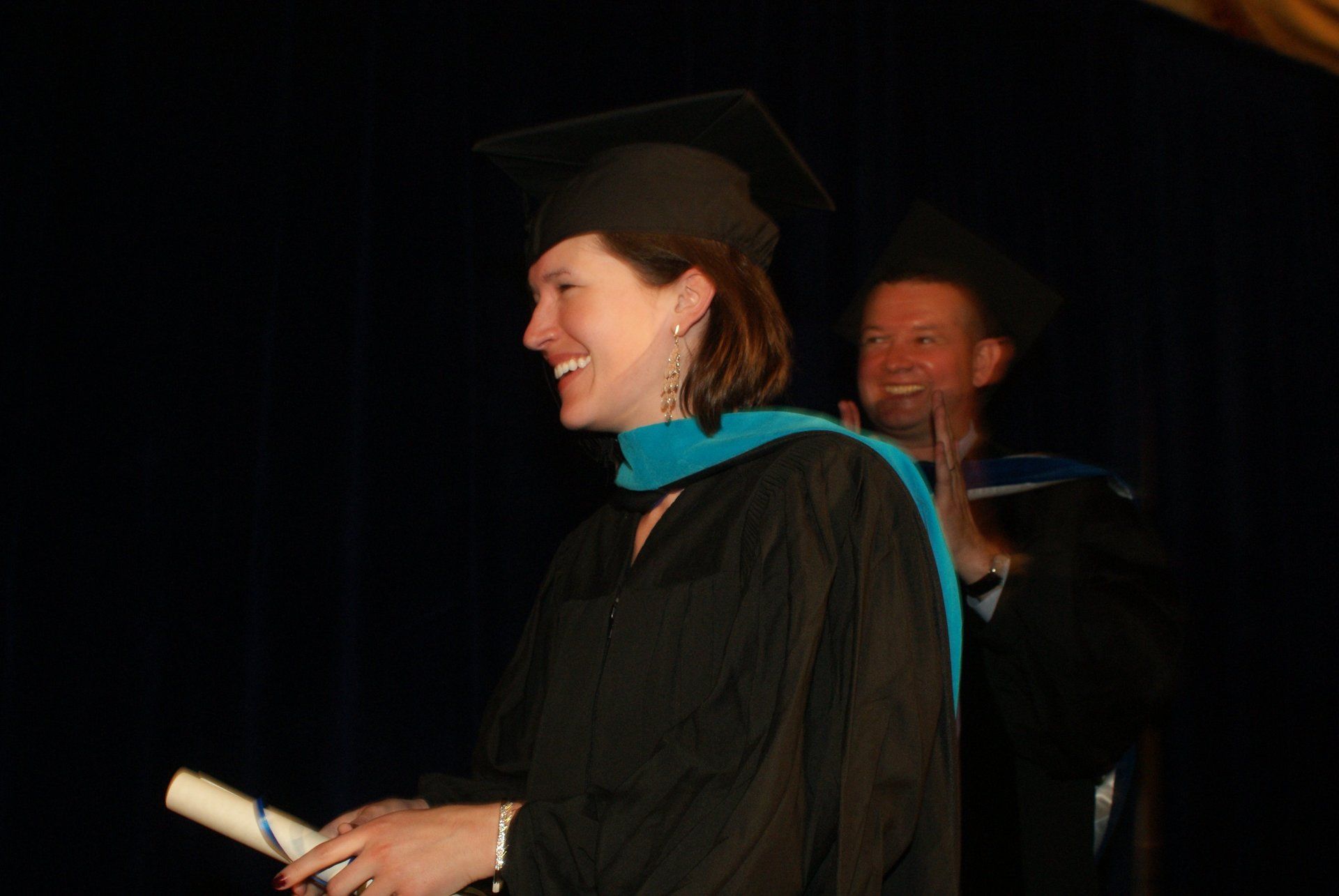