This article was written by IWP student M. Shafiq Hamdam.

In the last two years, Afghanistan has been facing unprecedented challenges. However, several major development projects have initiated, launched or completed. But the government has failed to deliver its promises. Thousands of Afghans died in violence. The government lost control of several districts across the country and hundreds of thousands of Afghans forced to flee their home. Unemployment and corruption is at its peak. Disunity among the Afghans have increased and the country is more fragile than ever. If the world community does not engage immediately, Afghanistan will turn into a second Iraq. 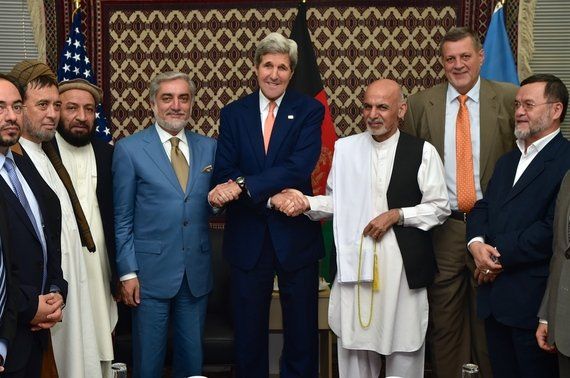 After a major election crisis and controversy, the coalition government of national unity inaugurated in September of 2014. Without release of the election results, in amediation of the US Secretary of State John Kerry, Mohammad Ashraf Ghani introduced as a president and his political rival Dr. Abdullah Abdullah as his chief executive.

Since its establishment, the legitimacy of the National Unity Government (NUG) has challenged and called unconstitutional. Following the deal for the new government, Afghanistan and the US signed the Bilateral Security Agreement and NATO Status of Forces Agreement, allowing the US and its NATO allies to stay in Afghanistan, beyond 2015.

Paying $ 4 billion a year to the Afghan National Security and Defense Forces (ANSDF) and $1 billion for development projects, the US is the largest donor of Afghanistan. In 2011, during the second Bonn Conference on Afghanistan, the world community has agreed to support Afghanistan for ten years, the Decade of Transformation (2015-2024).

Overall Afghanistan is more prosperous than ever. Beyond the repetitive stories of Afghanistan’s new constitution, three times presidential elections, ten million students enrolled in schools, 352000 ANSDF, international partnerships and global recognition of the government, women’s rights, use of cell phone, internet and much more, there are some other great stories as well.

In July 2016, Afghanistan became a member of World Trade Organization (WTO). In continuing efforts for reviving the modern Silk Roads and Afghanistan as the main gateway, several transit agreements inked or completed.

To continue reading this article, please visit The Huffington Post.