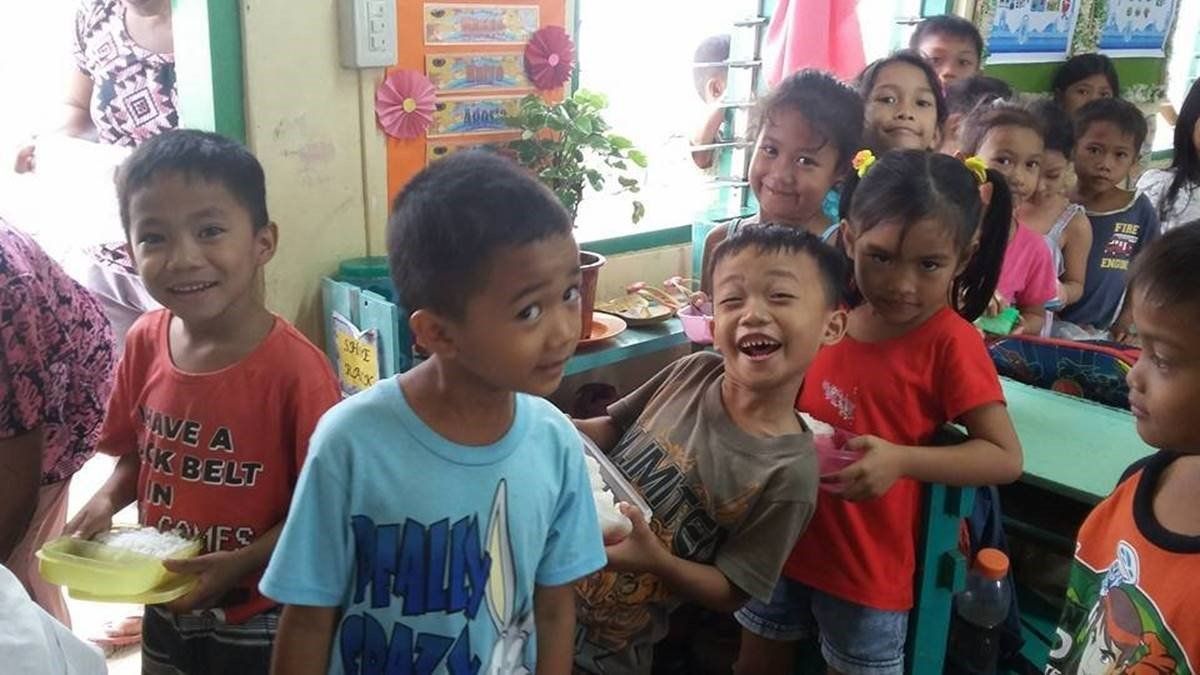 In recent years, The Asia America Initiative, of which Prof. Santoli serves as President, has worked to foster and maintain warm relationships with local communities in strategic provinces, where US-Philippines relations on an official level are deteriorating; where there is a growing local communist insurgency; and near the coast where Chinese military forces are advancing.  AAI’s efforts use the fundamental methodology of IWP’s Center for Culture and Freedom, which is also coordinated by Professor Santoli.

Much of AAI’s work is done in schools in these strategic regions, which, as a result of AAI support, are now winning district and regional awards in academics, athletics, and health.  “This is part of our campaign against terror and drug gangs,” said Prof. Santoli.  “We do this without a penny of US Government or Philippine Government funds.”

“Dear AAI:  Thank you for giving us books, seeds, rubber slippers [sandals] and school supplies.  We appreciate your concern for us.  We promise we will study hard.  Thank you and God bless.” Noel C., Grade 6 pupil, Catig-Lacadon Elementary 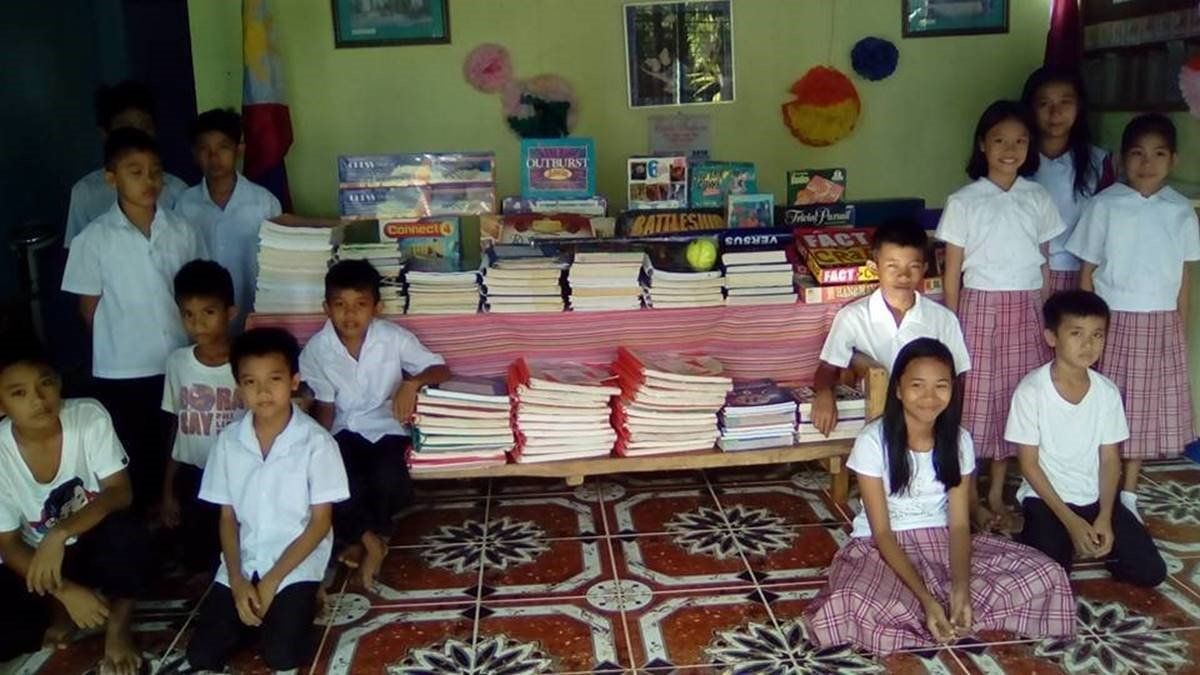 Schools remain especially in need after Super Typhoon Haiyan devastated the central Philippines islands and coastal areas in November 2013.  Brutal 200 mph winds and 30 foot tidal waves made Haiyan the most devastating storm in recorded history. Some 9 million people were rendered homeless, and hundreds of schools and clean water systems were destroyed.

Approaching the third anniversary of the typhoon, many Philippine communities and schools are still in recovery.  Asia America Initiative is one of the few international humanitarian organizations that is still in full operational mode in the countryside areas of the Iloilo and Capiz provinces.

Even prior the storm, the poverty rate of agricultural workers and small farmers was rampant, and the malnutrition rate of children, whether of the Ilongo ethnic group or the mountain hill tribes, was well over 50 percent.

In his recent visit to some ten school districts or village schools in those areas, Prof. Santoli found that the malnutrition rate is now below 10 percent – largely a result of the work of Asia America Initiative. While there, he held community meetings with teachers and parents to better understand and adapt AAI’s programs for a wider outreach and scope of services.

These grassroots efforts have resulted in positive feedback from the schools. Principal Rowena Siverstre Ortizo of Catig-Lacadon Elementary in Duenas, Iloilo, wrote in a personal letter of sincere gratitude: “Thank you so much for the continued food programs of AAI. The parents and students look forward to school each day because our schools have become true centers of health and learning. Our children’s health directly affects their school attendance and classroom performance. We are so blessed and grateful to be one of your recipient schools.”

“Thank you for giving us garden tools, books and many school supplies.  Many children are very happy because in afternoons pupils come to library and read books.”  Ann P., Grade 6 Pupil, Aurora-Araneta Elementary 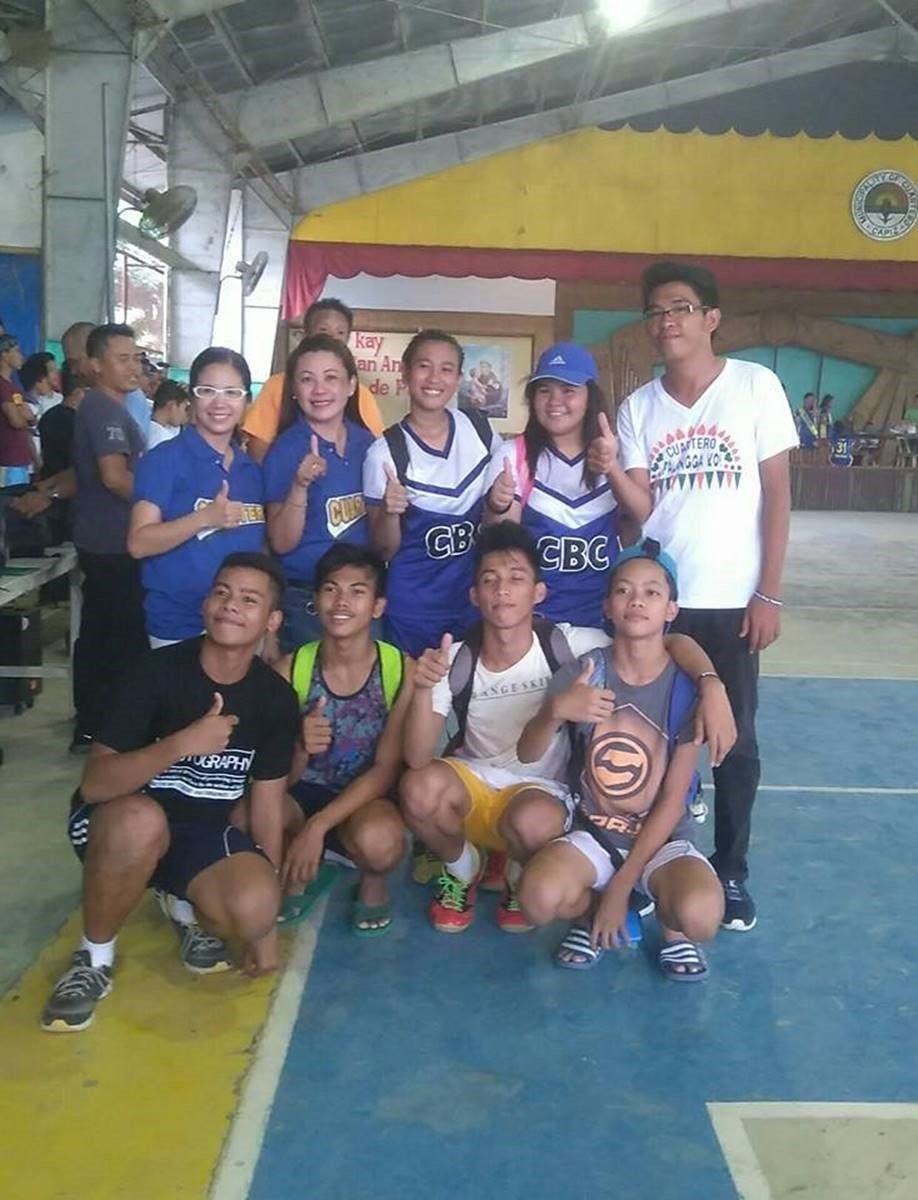 In addition to food and clean water, AAI is supplementing education, sports and health needs in damaged schools.  Meanwhile, students’ fathers volunteer to do construction and renovation of buildings severely damaged in the mega-storm.

In Cuartero, Capiz, the results have been dramatic, even causing the Department of Education to take note. “I have been to Carataya Elementary School, San Antonio Elementary, and Maindang Elementary School conducting a pre-assessment in Math and English,” says Dr. Luz Rojas Mayo of the Curatero DOE.  “I am happy to inform you that schools are now improving in terms of their health status as well on their academic performance. We are so blessed for the continuous support of AAI and our community mobilization campaigns.”

The recovery of Capiz province schools has been made possible by the generosity of the foundation donors and private citizens which support AAI. The key catalyst for success is AAI’s partnerships with local civic groups, village officials, and parents and teachers at under-supplied schools.

The new 2016-17 school year began in mid-June. Each school now has a water tank and wash basins to provide for adequate sanitation. The quality of drinking water has dramatically improved, reducing water-borne and mosquito related illnesses. AAI and its supporters are viewed as reliable friends while communities re-establish farming and fishing as means of livelihood and basic sustenance. 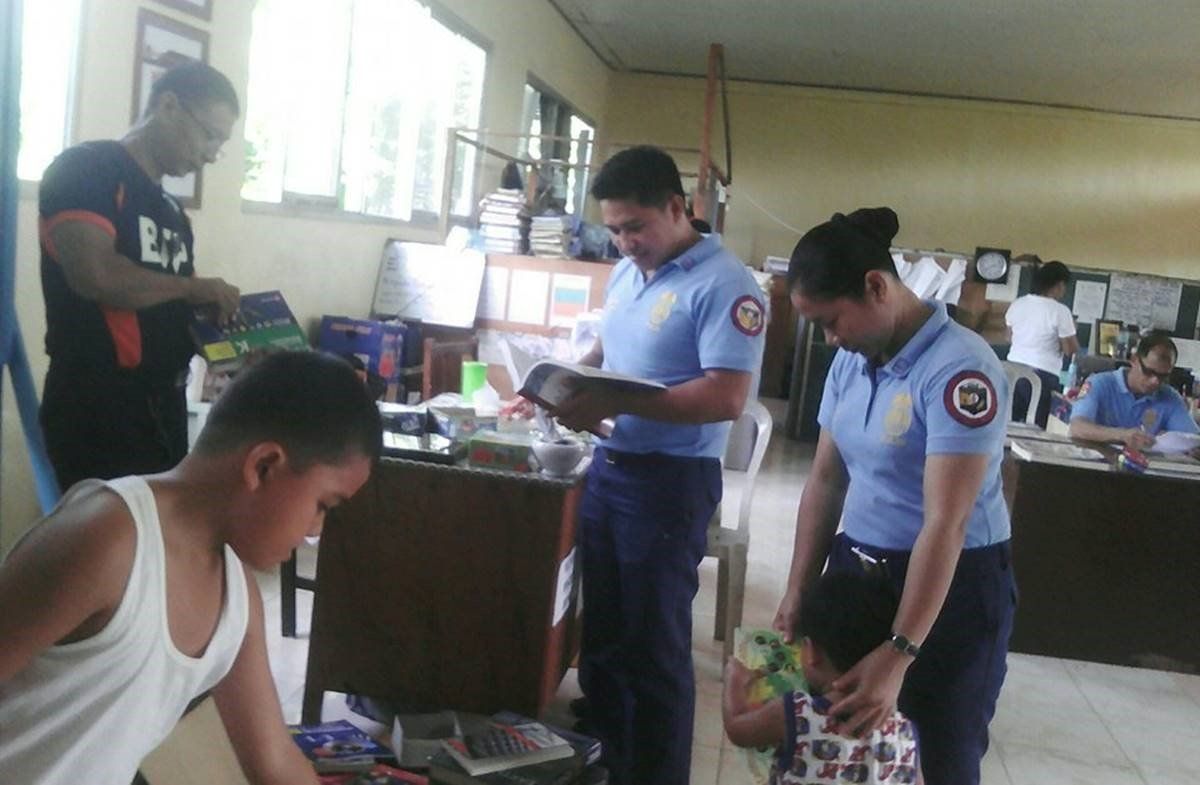 In September, AAI added a new component to the rebuilding of western Visayas — support to schools to keep youths away from drug addiction and to assist the police to reduce violence in the country-wide war on drugs.  AAI’s Coordinator in Visayas, Nurse Faith Omel Dela Torre, also works with the national police on the coastal Sebaste District, a frontline of the government’s anti-drug campaign.  “We are coordinating with the police to distribute books, classroom supplies and games in isolated public schools,” Nurse Faith explained.

Prof. Santoli and AAI are preparing for one more year of typhoon recovery programs that will continue through Christmas of 2017.  Their goal is for these hard working communities to get back on their feet.

Not only does this humanitarian work make an immediate impact on the lives of those in the Philippines, but this engagement via an NGO is a way to deter extremism and terror from developing in these regions. In an era where military power alone cannot address such challenges, Prof. Santoli’s work is particularly noteworthy, and increasingly important.

In the spring semester, Professor Santoli will teach a course on the art of citizen diplomacy though cultural engagement, titled Counterterrorism through Cultural Engagement (IWP 670).