This article was written by Maria Juczewska, Associate Director of the Kosciuszko Chair of Polish Studies at IWP. 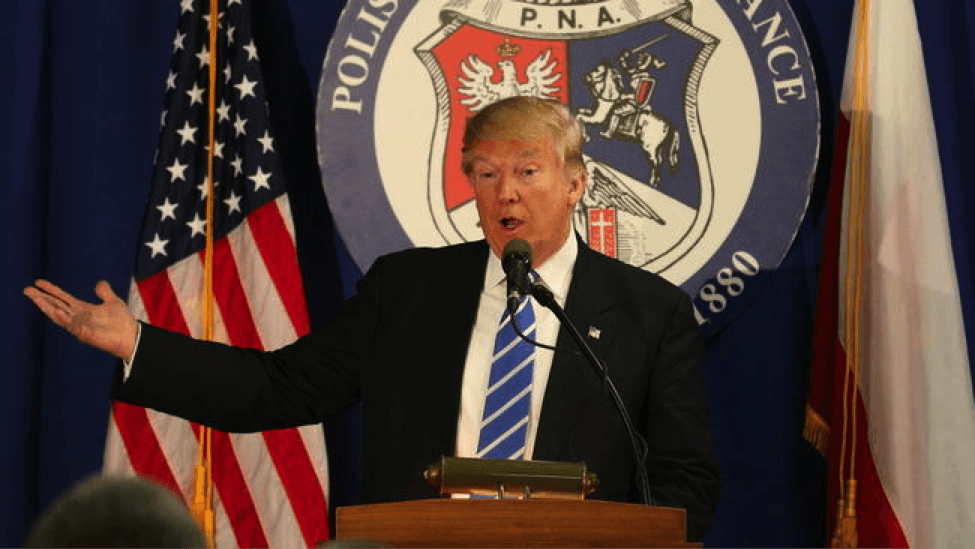 When all the Americans are wondering about the outcome of Tuesday’s presidential election, I would like to focus on a group that has chosen to endorse Donald Trump. An initiative of American Poles, the Polish American Advisory Council, is a body that represents those among American Poles who support the candidate contesting the present U.S. immigration policy. At first glance, the very existence of such a body may seem paradoxical. Shouldn’t Donald Trump’s strong stance on immigration discourage rather than encourage support of those Americans who still cultivate the bonds with their own or their ancestors’ old country?

Many of Trump’s Polish American supporters can be compared to the so-called Reagan Democrats of the 1980s. Their support for Trump is driven by the economic concerns and worsening situation on the market. They are often owners of small, family-owned businesses whose material situation has been severely impacted by the economic decisions of the present administration. They are willing to work hard, but they want to have the right to reap the fruit of their labor too. However, when we examine the opinions of the members of the Polish American Advisory Council, we will see that they also focus on what has often been overlooked by many other American citizens during the presidential race. Namely – U.S. foreign policy and the position of the United States in the world. This perspective is deeply rooted both in history and the contemporary cooperation between the two countries.

Coming from the country of long republican and democratic tradition, Poles have traditionally sympathized with America from its very beginning. Two Poles, Thaddeus Kosciuszko and Casimir Pulaski greatly contributed to the American War of Independence. Even today, American cavalry soldiers still use Polish sabers, the symbol of independence and pride in Polish culture. The American War of Independence itself is akin to the uprisings in Poland in that period – albeit the American War ended in a success, which also contributes to America’s popularity with the Poles. In modern times, in many turning points of history, America influenced the fate of Poland and the other way around. Poland regained its independence after World War I due to the advocacy of President Wilson. During World War II, Poles provided 95% of all intelligence from the European continent available to the allies due to an exceptionally large and exceptionally well-organized underground army. In the Cold War period, 35,000 pages of intelligence on the Warsaw Pact military plans provided by a Polish volunteer agent, code-name Jack Strong, changed the approach of the United States towards the USSR and ultimately led to the fall of the evil empire. Ever since 1989, Poland has been America’s steadfast ally. Not only has Poland been one of the few NATO members regularly contributing 2% of its GDP to the common NATO defense budget but also supported American troops in their missions in Iraq and Afghanistan.