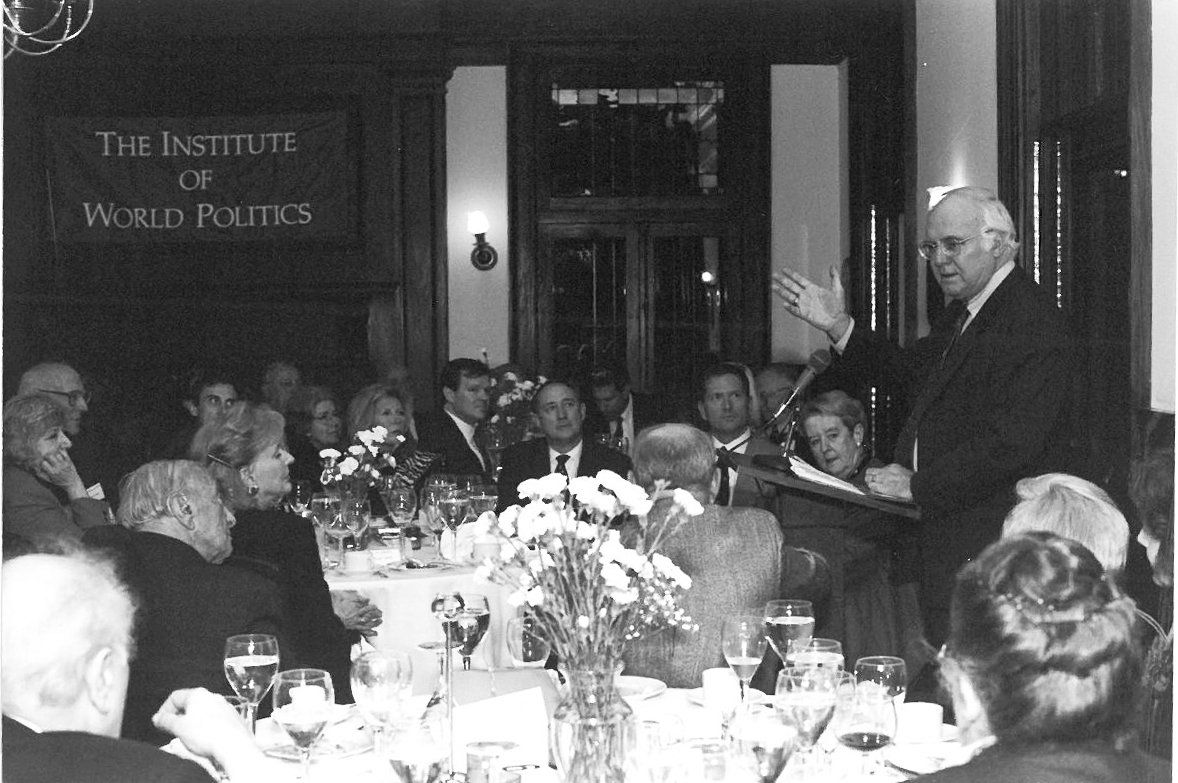 It is hard to summarize the life and works of a man as extraordinary as Michael Novak, who passed on to his reward a few days ago.  Amidst the collection of reviews of his contributions to philosophy, social criticism, economics, and religion, I can only add a few reflections about my perspectives on his work as well as about his role at The Institute of World Politics.

Michael was one of the first four professors at IWP.  I originally got to know him personally in the early 1980’s, and worked with him when he served as a member of the U.S. Board for International Broadcasting, which ran Radio Free Europe and Radio Liberty.  These were/are the freedom radios that served as “surrogate free presses” for countries denied freedom of the press.  In the words of the great Russian writer, Aleksandr Solzhenitsyn, they were the most powerful weapon the West possessed during the Cold War, for they fought the battles of information and ideas that were the heart of that war.

Nothing could have been more appropriate than having Michael involved in this critical aspect of the long twilight struggle.  He was a man of ideas who fought the good fight in the war of ideas as it was conducted both internationally and within our own civilization.

I originally became familiar him through his work in support of the moral foundations of a properly ordered free enterprise system.  After decades of Marxist and neo-Marxist attacks on economic freedom, Michael’s writings provided the stoutest possible defense of the system that has produced a higher standard of living for a greater number of people than any other in the history of mankind.  The Marxist attack was having an effect – even on the social teachings of his church, the Catholic Church, where socialist redistributionism, organized by the coercive taxation power of the state, was being widely conflated with Christian charity.  Michael’s writings, which were grounded in Christian ethics, had a profound effect not only on those Catholic social teachings, but on the ability of people in the business world to defend their vocation on moral grounds.

Among those whom he influenced was Pope John Paul II, whose Encyclical, Centesimus Annus, celebrated the hundredth anniversary of Pope Leo XIII’s Encyclical, Rerum Novarum – one of the foundational documents of modern Western Civilization.  Both these documents counseled that any economic system – including the free enterprise system – recognize the dignity of the employee so that no working person would be treated like a cog in an impersonal machine.  Conversely, both documents recognized that employers deserve respect for the hard work, innovation, and risks taken to ensure the survival (which means the profitability) of their enterprises and the opportunity they afford to their employees to earn a living and find dignity in their work.

Michael’s work in this one of the many fields he addressed was an enormous salvo in the war of ideas in defense of a free society – a society that cannot be free unless it is morally-ordered and inhabited by a virtuous people.

In addition to Michael’s work on the moral foundations of democratic capitalism, he also entered the debate about the morality of nuclear weapons – and the necessity of maintaining them as a deterrent force in a world with nuclear armed dictatorships.  His writing in this field helped persuade the U.S. Conference of Catholic Bishops to modify their initial pacifistic draft pastoral letter opposing U.S. nuclear armament.  Partly on the basis of his moral reasoning, and the regular briefings by former Director of Central Intelligence, William J. Casey, Pope John Paul II refused to oppose U.S. deployments of Intermediate-Range Ballistic Missiles in Europe, despite the pressure of the peace and disarmament movements in the mid-1980s.

His other contributions to the study of philosophy, religion, and society are too numerous to recount here.  But all his works, and their relevance to foreign policy and national security, were so great that I approached him to teach at IWP in our very first year of offering classes: 1992.

The course I asked him to teach was “Ideas and Values in International Politics” – a course whose content had not been offered anywhere else.  Its purpose was to expose our students to the importance of ideas and belief systems in international relations.  This was designed to counteract what has continued to be an excessively materialistic foreign policy culture that has not taken these non-material factors seriously – whether in intelligence assessments, diplomacy, strategic influence, or political and ideological warfare.  The course analyzes the role of different political ideologies and political philosophies, as well as the role of religion in world politics.  It then addressed how engagement with, and where necessary, conflict with, these ideologies was a necessary part of full-spectrum diplomacy.

Michael taught the course for a couple of years, after which he won the Templeton Prize for progress in religion – which then was a prize larger than that of the Nobel.  He then co-taught the course with Dr. Joshua Muravchik, who eventually became its principal professor, with Michael giving guest lectures.  Josh has been a most worthy successor.  His course has long been one of our core requirements.

Michael taught great things to his students.  He cared deeply about their intellects, their character development, and their futures.  He will be sorely missed.  But his intellectual contributions represent a rich inheritance for us all.  May his immortal soul find rest in the merciful embrace of his Maker.