Above: Sean Fieler, President of Equinox Partners, has joined the IWP Board of Trustees.

Sean Fieler is the President of Equinox Partners.  Over the past two decades, Sean Fieler and his partners have assembled a research team capable of analyzing publicly-traded companies around the world, a capability that has enabled their funds to consistently purchase superior businesses at substantial discounts to their intrinsic value.  Since the late 1990s, Equinox Partners has had large weightings in precious metals miners, emerging markets, and E&P companies.

A graduate of Williams College with a degree in political economy, Mr. Fieler speaks and publishes on the topic of monetary reform.  He has given talks on monetary policy at the annual Grant’s Conference, the Atlas Liberty Forum and has written for The Wall Street Journal and The Weekly Standard.

Above: Dr. Long Nguyen, Founder of Pragmatics, Inc., has joined the IWP Board of Trustees.

Dr. Long Nguyen is Founder of Pragmatics, Inc., an information technology firm based in Reston, VA.  Pragmatics was established in 1985 and delivers innovative solutions to clients in numerous defense and civilian agencies. Prior to Pragmatics, Dr. Nguyen had a distinguished academic career, in which he taught computer science at Georgetown University, Indiana University-Purdue University.

A longtime philanthropist, Dr. Nguyen has established relief funds for numerous disasters. Supporting our nation’s wounded veterans and their families is also important to him. Dr. Nguyen contributed substantially to the Smithsonian Vietnamese American Heritage Endowment. He also served as a member of the Transition Committee for Virginia’s Governor-Elect Tim Kaine in 2005. He has created endowments at both George Mason University and Iowa State University in honor of his past academic advisors. In 2007, he established the Lanh and Oanh Nguyen (his parents) Endowed Chair in Software Engineering at Iowa State University. In 2009, he and his wife donated $5M to the School of Engineering/IT at George Mason University which names the new Engineering Building after them.

In September 2017, he gave a lecture at IWP on the topic of “The Chinese Threat to the World and the Chinese Invasion of Southeast Asia.”

IWP President John Lenczowski commented: “We are truly honored to have two distinguished Americans join our cause in such a strategic fashion. Both bring enormous experience in different aspects of America’s public life to our Board. We all very much look forward to working with them.” 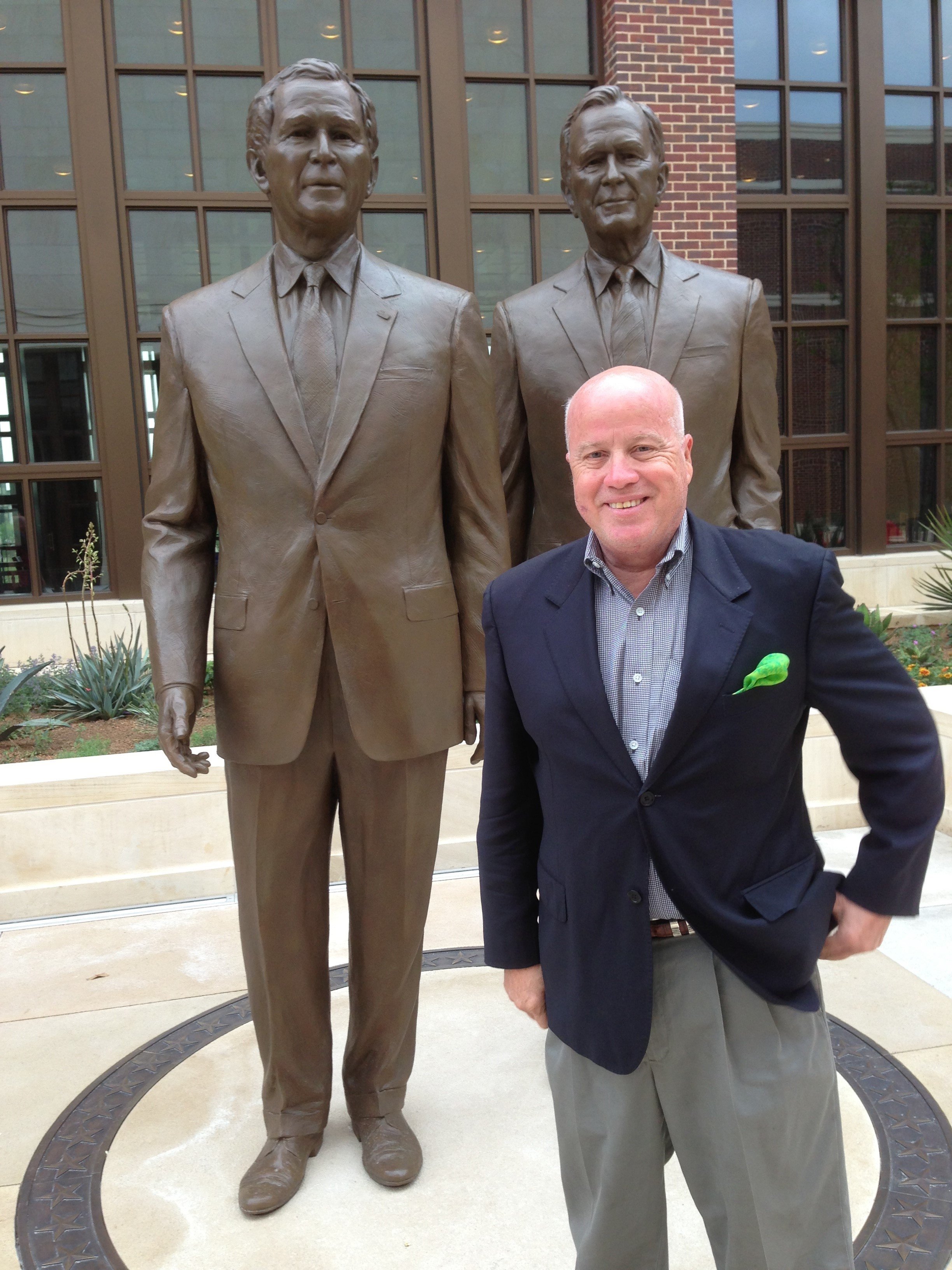 Above: International businessman Larry Casey has joined the IWP Board of Advisors. He is pictured with statues of Presidents George W. Bush and George H.W. Bush, in whose administrations he has held senior management positions.

Lawrence (Larry) Casey of Palm Beach Gardens, Florida, is active in international business and law, mostly focused on China and Japanese markets. He is also travelled to 88 nations on private and government business and is engaged in a number of entrepreneurial endeavors in the automotive, business intelligence, financial and consumer markets.

The nephew of the late William J. Casey, who served as President Reagan’s campaign manager in 1980 and as director of the Central Intelligence Agency in the Reagan administration, Mr. Casey has held senior management positions in the Reagan, George H.W. Bush, and George W. Bush administrations. In addition, he has served as CEO of a Regional Red Cross in Florida.

Mr. Casey has more than 13 years’ experience on Capitol Hill working with 7 members of the U.S. House of Representatives and the U.S. Senate as Chief of Staff and in senior staff positions. Mr. Casey’s appointments by Presidents Ronald Reagan, George H.W. Bush and George W. Bush included posts in the Departments of Commerce, Agriculture, and Labor, most recently as Associate Deputy Under Secretary of Labor for International Affairs. He has also been an attorney with the U.S. Securities and Exchange Commission.

With more than 25 years in business, public policy, and government, Mr. Casey has also achieved success as a political consultant/campaign manager in dozens of federal and state elections in New York and Florida.

“I have had the pleasure of knowing and working with Larry Casey since the late 1970s, and I am extremely grateful for the service that he has already rendered to our mission at IWP,” commented IWP President John Lenczowski. “We are all delighted that he has decided to join our Board of Advisors.”