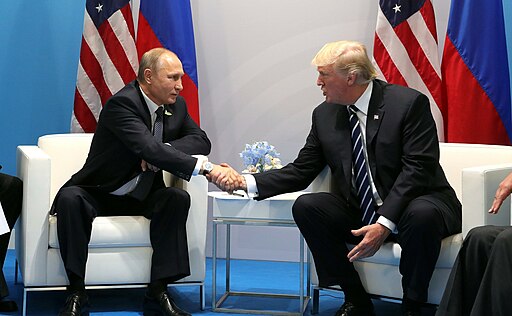 President Donald Trump enjoys momentum, particularly in foreign policy. He is definitely in a “let’s make a deal” mode. Buoyed by his experience with Korea’s Kim Jong Un in Singapore on June 12, 2018, America’s commander-in-chief will meet with his Russian counterpart, Vladimir Putin, in Helsinki on July 16, 2018. There are similarities and dissimilarities between the two challenges.

Both Kim and Putin have Communist totalitarian pedigrees. Thus, they stem from a similar paradigm. Yet, Kim remains a full-blown totalitarian, and Putin has transformed into a post-totalitarian. The Russian Federation is demonstrably much freer than People’s Democratic Republic of Korea. Kim’s bailiwick is a rabid lap dog of China and a regional side show of a nuisance, albeit armed with nukes. Putin heads an aggrieved former superpower reduced in status to a regional power, albeit in a process of imperial integration. Russia’s status is boosted by the world’s only nuclear arsenal that could destroy the United States. Korea wields a number of nuclear devices that definitely threaten our allies, Japan and South Korea, and its ballistic missile delivery system can possibly deliver a strike against America. The Russian nuclear capacity is an existential threat to us; the North Korean is not.

In Singapore, Trump made a deal. Kim promised to give up his nukes and normalize relations with South Korea. From the American president’s point of view, if the Communist tyrant reneges on his promises, the deal is off. There are already reports that North Korea has been hiding its nuclear weapons and installations. The dismantling of the nuclear war machine, and other attendant gyrations, including scraping anti-American propaganda from the internet, is a sham devised to dupe the United States and world public opinion.  It is all smoke and mirrors.

It most certainly is. Traditionally, the North Koreans have followed a familiar pattern in their conduct of foreign policy, which — in reference to the Soviets — Anthony D’Agostino called “alternance.” Namely, the Communists sabre rattle to scare the West and bring it to the negotiating table to acquire Western assistance to alleviate the disastrous state of their economies. Under the guise of accepting material aid to relieve their own miserable and destitute people, the Reds then divert the help to build new weapons (and, for their leaders, to live in style).

This has pretty much been the experience from Kim Il Sung through Kim Jong Il to Kim Jong Un. The name of the game for them is deception to survive and wax powerful at our expense. Why do we bother to negotiate with Pyongyang? Short of invading North Korea, which would most likely trigger a regional war against China and lay waste to South Korea and Japan, the United States has very few options.

Perhaps the safest tack is to negotiate with Kim forever and give him as little as possible, while going through the motions of taking his false promises at their rosy face value. Once the dictator openly reneges on his nuclear pledges, then the United States reverts from “making a deal” to outright hostility. A freeze will follow as always with the next stage of the game: more sabre rattling. The solution to this international irritant is not in Pyongyang; it is in Beijing. If China wanted, it would end. But North Korea plays an important role in unnerving the US and our allies, so the show will go on. Whether or not Trump understands larger picture, it is almost certain that he will not countenance Kim’s breaking the deal.

The same lessons apply to Russia. With Putin, however, Trump’s task is harder. Unlike in Singapore, where there was really just a single issue of nuclear weapons, in Helsinki, the bones of contention are multifarious. The most important issues at stake are: Ukraine and Crimea; the Middle East, including Syria in particular; and Russia’s interference in our and other democratic elections, in particular in the EU.

There is already an uproar in central and eastern Europe: The specter of a new Yalta haunts the former captive peoples of the Intermarium, the lands between the Baltic, Black, and Adriatic Seas. There is fear that Trump will abandon Ukraine in exchange for a favorable arrangement in the Middle East, as well as the Kremlin’s desisting from “active measures,” all sort of monkey business and influence operations, including on the internet, as far as our democratic process is concerned.

It may be so. But it is not likely. First, Putin, like Kim, pursues the policy of alternance. He sabre rattles until he is appeased and paid off. Then the Russian President enjoys the loot in the form of aid, concessions, trade deals, lifted sanctions, and so forth. Once the largesse runs out, the Kremlin will be back to sabre rattling again.

Alternance, however, contradicts Trump’s understanding of the art of a deal. To make a deal means that Trump always wins. What is there to win from cyclically paying off a thug?

It is possible that he may offer to trade something off to Moscow, say, Crimea, but the US President will expect a permanent gain from such a transaction. Yet Putin has none to offer. Divide the world? Why would we accept this from a regional power when America remains a global leader? Putin is not Stalin; the Russian Federation is no USSR.

His objective is to reintegrate the empire, so his imperialist policy is opportunistic, cautious, and only lastly aggressive. He alternates to achieve the greatest advantage from his Western counterparts. Most frequently, the Russian head of state wields the energy weapon as both a carrot and a stick with great skill, and only exceptionally deploying military power, whether cyber (Estonia in 2007), tanks (Georgia in 2008), or “little green men” (eastern Ukraine and Crimea in 2014).

What deal can Trump make? Convince Putin to establish democracy in Syria so we could withdraw and Israel breathe freely? Doubtful. Compel him to surrender Crimea? Not likely. Force him to halt political warfare against our democratic institutions? But this has been going on at least since the creation of the Komintern in 1919 if not earlier.

Again, as with Kim, the American chief executive can negotiate with his Russian counterpart forever. Washington does not need to give Moscow anything significant. It just should negotiate to maintain the process. Like with North Korea, the problems with Russia are intractable, short of a regime change, which would entail a major war that no one wants. Perhaps, however, there are more options that the White House can exercise as far as the Kremlin. It can enable the freedom fighter within, as there exists a political opposition in Russia that is rather active, if not exactly a feasible option at the moment as its chances for power. Russian lives matter, too. Meanwhile, give Moscow not an inch that is important but meet to jabber periodically. Wait Putin out.

In Helsinki, then, we should expect more Singapore to the same dead end. There will be promises, smiles, and photo opportunities. Trump will pretend he takes Putin’s pledges at face value. Central and Eastern Europeans will tremble and yell: “Sell out!” Then the Kremlin will renege on the deal, and it will be back to business as usual. That is simply the name of the game. Let’s hope, however, that Trump remains nimble enough not to be outmaneuvered. The dictators have all the time in the world. A U.S. president is limited by the electoral cycle. Can Trump think beyond that as he is on a roll?