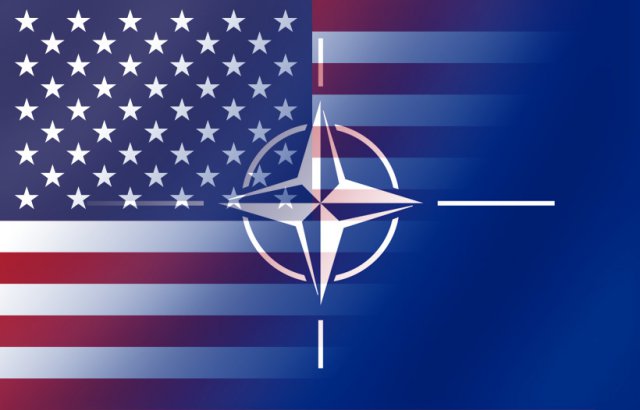 Most people know that EU stands for European Union, begun in 1993. But nobody knows what AU means. That’s because it doesn’t exist (aside from American University).

The initials AU stand for Atlantic Union, an idea that goes way back but remains just that, an idea. While the notion of solidarity can be traced to colonial America, the first popular effort toward a reality came in 1939 by an American war correspondent/journalist, Clarence Streit. His book, Union Now, A Proposal for an Atlantic Union of the Free, urged that the democracies forge a single political unit against despotism (Nazis, Communists) while still maintaining sovereignty. He included the U.S., Britain and parts of the Empire, France, Scandinavia, Switzerland, The Netherlands and Belgium. Initial reactions were favorable. The New York Times wrote that “some day, in the kind of world we live in, with space annihilated and interdependence between nations complete, something like Mr. Streit suggests will have to come to pass.”

None other than Winston Churchill himself suggested a variation on the same theme. His famous “Iron Curtain” speech, March 1946, may be the most important oration of modern times. But, buried within the speech was a hidden, but central message. Near the beginning, Churchill noted that “the crux of what I have travelled here to say” was not the Iron Curtain, but a unification of the Anglo-American political culture. He then proposed a “fraternal association of the English-speaking peoples … a special relationship between the British Commonwealth and Empire and the United States.” Churchill went even further: “Eventually there may come — I feel eventually there will come — the principle of common citizenship.”

In 1949, the first, and only, trans-Atlantic unit was formed. NATO is a military alliance that includes Canada and the United States and was formed to thwart any possible invasion from Stalin and the Red Army. Article five of the treaty requires a collective front should an invasion be imminent. In the over seventy-year history of NATO, Article five has been invoked just once, on an issue that had nothing so do with either the Soviet Union or Russia (9/11 attacks).

While NATO remains the only trans-Atlantic organization, Europe has formed unities of its own, primarily the Common Market (EEC), the Coal and Steel Community (ECSC), and the Atomic Energy Community (Euratom). The European Union (EU) has since absorbed the first two. Britain has since announced its withdrawal from the entire EU (Brexit).

Trans-Atlantic relations have served both parties well, despite the lack of a formal political/cultural association. When President Trump publically asked fellow NATO members to pay their dues, the reaction was swift and hostile. One would think that he was withdrawing the U.S. from the treaty itself. Any “tampering” with the status quo, it appears, is seen as a betrayal.

Yet NATO is over seventy, past the time when most people retire. The year 1949 is a quaint memory: Harry Truman was president, Bill Clinton and Donald Trump were three, and Ronald Reagan had just met Nancy Davis, while Barack Obama’s parents had yet to even meet.

In 1962, a team of scholars at the University of Pennsylvania’s Foreign Policy Research Institute (FPRI) published A Forward Strategy for America, a book that outlined a spectrum of initiatives to take the offensive in the Cold War. The book had several contributors but was led by FPRI Director Robert Strausz-Hupe and his Deputy Director, William R. Kintner. Forward Strategy provided a background and guide for the subsequent Reagan strategies in the 1980s that eventually ended the Cold War and terminated the life-span of the Soviet Union.

A year later, the same team published Building the Atlantic World, which offered similar advice to develop an authentic unity that would embrace both sides of the ocean. That advice still remains on the table. The end of the Cold War has witnessed a reversal of American designs on the global stage. Both Clinton’s “assertive multilateralism” and Obama’s “leading from behind” confirmed this reverse.

It is never too late. American foreign policy has always needed a “cause” to promote its momentum. World War I was “to make the world safe for democracy.” Then came FDR’s “Four Freedoms,” Kennedy’s call to “ask not what America will do for you, but what together we can do for the freedom of man” to Reagan’s “it’s morning again in America.”

Trump’s call to “Make America Great Again,” while inspirational rhetoric, is widely interpreted as either isolationist or overly nationalistic. In any case, it does not offer an expansive cause beyond the shorelines.

To be kind, President Trump’s talents do not highlight diplomacy. Yet, with just a single reference or a major speech, any American President has the authority to put the world on notice. With a declaration toward a “cause greater than ourselves,” he has the power to commit the country to a historic and global agenda, reminiscent of both Woodrow Wilson and Winston Churchill.

NATO doesn’t need to just be ended; it needs to be expanded in creative and positive ways. It’s time for America to “build the Atlantic world.” It’s time for an American “cause” greater than ourselves.