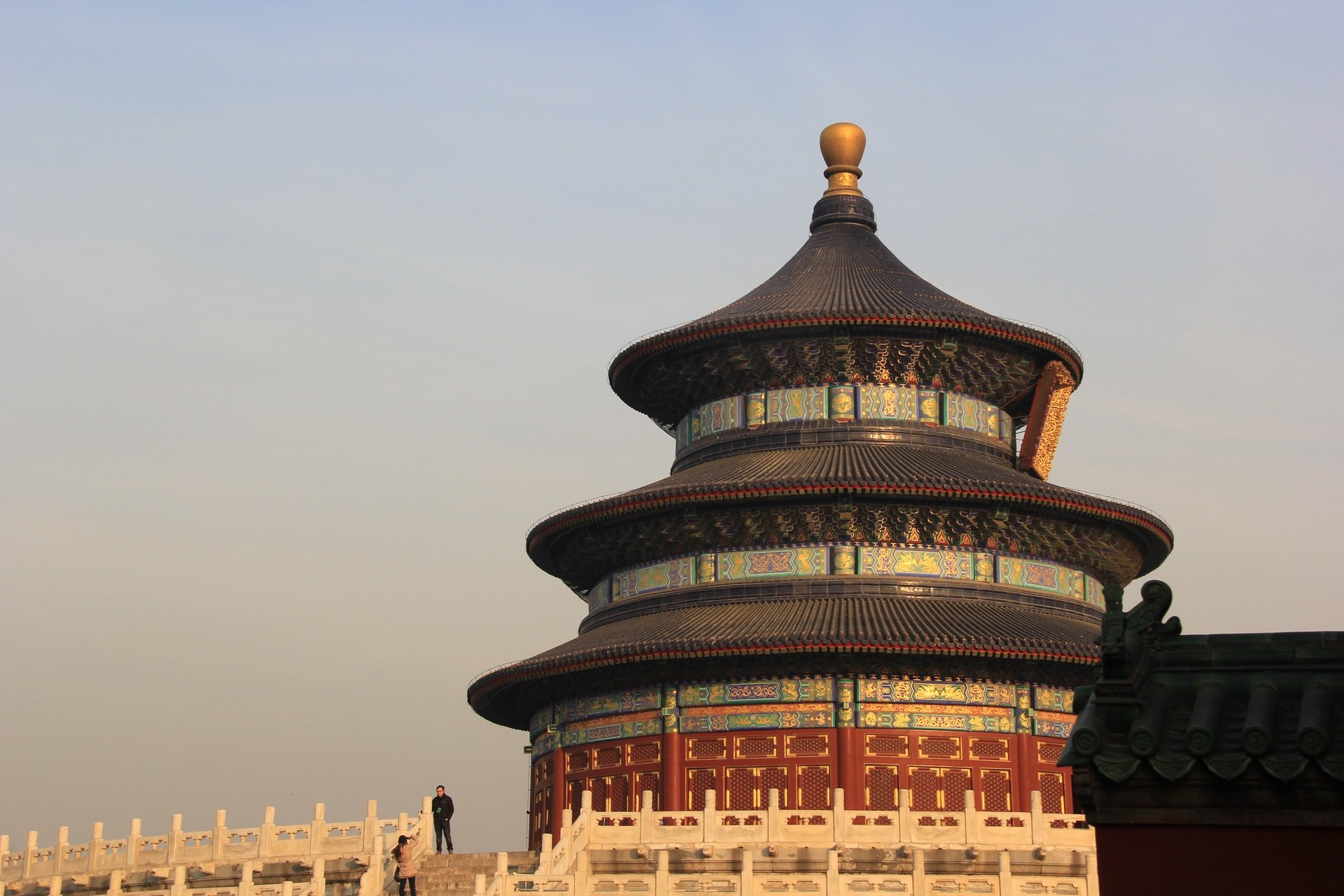 This article was written by Gene Poteat, Professor Emeritus and alumnus of IWP, and former CIA Scientific Intelligence Officer. It was originally published in the Charleston Mercury, a monthly publication in Charleston, South Carolina.

Those mysterious attacks on our diplomats, national security officials, and their spouses in Havana, Cuba have been repeated, or conducted concomitantly in a new location: this time in Beijing, China. U.S. diplomats there have reported similar medical symptoms as those 2016 and 2017 attacks in Cuba: odd noises, the sound of crickets, intense head or ear pain, loss of balance, diminished mental clarity, and permanent disabling impacts. This is a growing concern to those serving abroad. Currently, it seems limited to those of our officials in Cuba, China, and a few other hostile countries. But that might change as other U.S. workers abroad hear of the range of new illnesses from covert RF (radio frequency) radiation and it matches their own symptoms.

And that is what it appears to be: a small, portable or miniaturized, covertly employed, quick-acting RF weapon. Akin to a microwave with the door removed, security safeguards disabled, pressed against a wall, floor, or ceiling, activated for ten to thirty minutes, permanently disabling the neighbors — not just that diplomat next door they are targeting, but injuring the spouse, children, and even the pets. This is a weapon being employed with the finesse of a sledgehammer. These attacks from a directed-energy weapon sloppily targets individuals in homes and hotels — outside the American embassy or other official buildings — locations with lax construction and perimeter security.

Some victims report they heard a noise, late at night, confined to a single room or part of a room where they were sitting or moving about. Shortly after exposure, they were left with serious medical problems involving hearing, cognition, vision, equilibrium, sleep, headaches, concussions, and brain damage. Brain scans revealed they have what looks like a TBI (traumatic brain injury). Their young children showed symptoms by oddly becoming silent as if the newly forming language centers had been destroyed; pets started coughing up blood or had bloody fluid coming out of their snouts. This is not, as some blithely suggested, a reaction to air pollution.

At least 24 diplomats and their family members, so far, reported hearing sounds like a mass of crickets and a high-pitched whine followed days later by a cascade of illnesses, leading investigators to suspect a directed weapon of some kind…but what kind and by whom?

“Although not commonly observed, a microwave ‘hearing’ effect has been shown to occur under certain very specific conditions of frequency, signal modulation, and intensity where animals and humans may perceive an RF signal as a buzzing or clicking sound. Although a number of theories have been advanced to explain this effect, the most widely-accepted hypothesis is that the microwave signal produces thermoelastic pressure within the head that is perceived as sound by the auditory apparatus within the ear.”

“Biological effects that result from heating of tissue by RF energy are often referred to as ‘thermal’ effects. It has been known for many years that exposure to high levels of RF radiation can be harmful due to the ability of RF energy to heat biological tissue rapidly. This is the principle by which microwave ovens cook food, and exposure to very high RF power densities, i.e., on the order of 100 mW/cm2 or more, can clearly result in heating of biological tissue and an increase in body temperature. Tissue damage in humans could occur during exposure to high RF levels because of the body’s inability to cope with or dissipate the excessive heat that could be generated.”2

The immediate questions are Who, Why, What, Where, and When. We know a few of the When’s and Where’s and can guess at some of the other locations: Cuba, China, Russia, Iran, etc.

The victims were alarmed to see how quickly their conditions were dismissed by higher ups in Washington. With many questions left unanswered (possibly unanswerable), and medical costs and lost days mounting, certain departments of the U.S. Government acted as if they wished these incidents — and the victims — would fade away. Problem solved. The embassy victims claim that the USG is slow-walking any response to the threat, and their treatment and compensation. With those worries, they went to Scott Pelley with the television program 60 Minutes, which aired their grievances on 17 March 2019,3 and provided a compelling twenty minute video exploring these types of attacks.

The “What” question originally had experts surmising these might be acoustic attacks from a powerful sonic or sound transmitter. The problem is that human hearing ranges from about 20Hz to 20,000Hz and most recording devices are limited to this frequency range, preventing the capturing of “the sounds” of sonic weapons for analysis. What is known, however, is that sounds below 20Hz called infrasound and sounds above 20,000Hz – called ultrasound – are inaudible to humans. And there’s little evidence in the open literature that infrasound can cause the type of lasting damage we’re seeing in recent victims.

Ultrasound frequencies above 20,000Hz — also inaudible to humans — can damage parts of the ear, including inner ear hairs. Ultrasound has been in the forefront of directed energy research, with many medical applications. Any ultrasound weapon would require a large, heavy power source and would be a danger to other people in the vicinity, as well as the user. That leaves microwaves as the likely culprit.

“Who” and “Why” remain uncertain. Would Cuba destroy its new, lucrative relationship with Washington? The Castro regime quickly denied knowledge of the attacks and was cooperative, even inviting the FBI to fly down to Havana. They insisted they were unaware of any targeting of U.S. diplomats. Cuban intelligence — G2 — is notorious for tracking all foreigner activities, including in residences and offices. So, if it was not the Cubans, what foreign country wants to ruin Cuba’s rapprochement with America? To sour the new Cuban-America relationship? Wants to push U.S. diplomats out of China?

Educated guesses immediately point to Russia and Mr. Putin who has been the sole BFF (Best Friend Forever) with Cuba, and Syria, now wooing China for similar exclusive status. With Russia’s long history of engaging in bizarre, lethal provokatsiya within and outside its territories — assassinations, poisonings, mysterious falls, strange beatings, car or boat accidents, and the testing of novel, sloppy, lethal agents and methods regardless of danger to user, children, others in the vicinity, triggering a slew of unintended consequences — makes Russia an obvious choice. Blame-shifting or obfuscating, which followed word of the Cuban attacks, is a hardwired Russian skill as the search for the perpetrators began, and suddenly there was an attack on unrelated third parties — in this case the Canadian diplomats in Cuba — with the same RF weapons. In Russian thinking, “Why would we attack our Canadian friends?”

And what weapon is being employed? Investigators have concluded a high-tech electromagnetic or RF/microwave weapon fits the Cuban and China scenarios. A microwave weapon can be miniaturized, be directed, and trigger the medical problems seen in the Cuban and Chinese attacks. Microwave weaponization is well known to America’s adversaries. Since the invention of radar, there have been extensive studies and research into the possible effects on humans exposed to radar’s microwaves — and the symptoms are identical to those reported by recent victims. Unshielded microwaves from ordinary microwave ovens, aimed at humans, cause rapid heating of the fluids triggering tissue, organ, and brain damage. Permanent damage. What is not widely known is the Russians experimented with microwaves as a weapon against soldiers on the battlefield; so, Russia has the necessary expertise in MW weapons and the usual hankering to do some quick-and-dirty field testing on Westerners.

During the early days of the Cold War, from 1953 to 1976, in an episode also using MW, and remarkably like the Havana attacks, Russians flooded the American Embassy with low power microwaves, leaving employees worried, and medical personnel and analysts puzzling over the purpose and the possible long-range effects. Many theories were floated. While the microwaves were deemed not a health danger at the time, the U.S. tolerated it and never demanded it be stopped. Late in the game, it was finally discovered the Russians had concealed a passive, cavity resonator “microphone” inside the Great Seal of the United States sitting on the wall of the U.S. ambassador. Yet the device had no power source, allowing it to be accepted as a gift, and making it invisible during normal room sweeps for electronic bugs. The microwaves flooding the embassy were a clever new means of interrogating the device to hear conversations inside the ambassador’s office in the embassy. Once the device was discovered and means of activating it using MWs was revealed, it was quickly removed, and the MW flooding ceased.

But what we face in Cuba, China, and elsewhere, is a far different magnitude and danger because it is ruining the lives of diplomats and entire families. While the symptoms, sounds, and sensations vary dramatically from person to person, these variations are expected since these are experimental weapons being tested at different wavelengths, durations of RF delivery, power levels, and face the vagaries of covert administration: humans moving about the room, not remaining still, furtive timing coupled with imprecise aiming of the weapon forcing scattershot attacks, and different susceptibilities to tissue damage. Throw in the stress and anxiety of the victims as word of odd, incurable illnesses spreads, and fear of more attacks makes targets jumpy at every odd sound. If the attacks cease and never resume, we are likely never to solve the mystery until a defector decides to provide evidence for a well-funded life in the West.

Directed energy weapons, miniaturized and covertly used by economic, political, or state-sponsored rivals, add a new, frightening risk for all intelligence and diplomatic personnel — and the general public. That a mere ten minutes of strange sounds beamed into your room at night — microwaves cooking your brain — will forever derail your life and career, turning you into a brain-damaged, shaky, unstable invalid, is unacceptable. These risks are too much to ask of these government patriots. All RF attacks must be aggressively investigated, warning sensors employed, attacks measured to provide proof, countered, and the perpetrators exposed to all, and halted. Forever. If not, RF weapons will find their way into the U.S. as a tool of terrorists, criminals, troublemakers, and psychopaths. Psychopaths other than Putin.

1. Questions and Answers About the Biological Effects and Potential Hazards of Radiofrequency Radiation. Federal Communication Commission, Office of Engineering and Technology (OET) Bulletin No. 56, (August 1999). Provides factual information to the public by answering some of the most commonly asked questions about this complex and often misunderstood topic. See: http://transition.fcc.gov/Bureaus/Engineering_Technology/Documents/bulletins/oet56/oet56e4.pdf