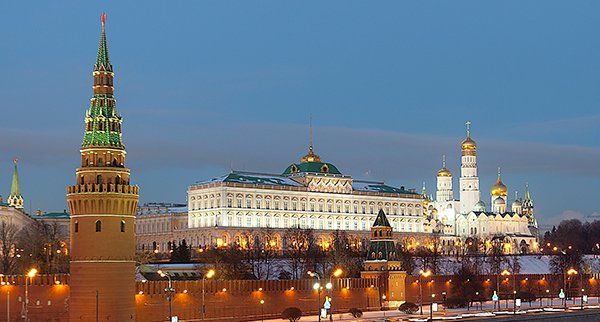 The classic comedy film (1966), of the same name, depicts the adventures of a Russian crew whose submarine goes aground off a New England beach. While essentially a theatrical farce, the movie tried to bring out some of the absurdities and misunderstandings between the two sides at the height of the Cold War. In a strange twist of irony, the film title could just as well be employed today to describe the near-hysteria that has consumed the nation over Russian “meddling” in the 2016 election. Although the long-awaited Mueller Report has exonerated any form of “collusion” between the two sides, the lingering menace of Russian threats to American democracy has continued to remain the chief focus of the anti-Trump opposition. Their ongoing vendetta has only escalated while Russia remains targeted as the single most critical threat to the U.S. political culture.

Russian Meddling: What, Where, and When?

Still, at the same time, substantive evidence of exactly what, where, and when Russia changed the election results have yet to be disclosed to the public. Perhaps Hillary Clinton herself came closest when she assessed her loss in Florida to Russia: “…the Russians were in the county electoral system of every county in Florida.” Unfortunately, being “In the … system” is not exactly the epitome of empirical evidence, but, along with the term “hacking,” it is probably the best we can get from the available evidence. If there’s an enemy at the door, all within should know it.

Years ago, in the Watergate scandal, Senator Howard Baker issued a question that famously summarized the public’s frustration with the Watergate scandal: “What did the President know, and when did he know it?” In a similar vein, we may be excused if we ask the following: “What did the Russians do, and where and when did it occur?” That means, for example, what did they do in Orlando, when, and how did they affect Florida’s vote? Multiply that evidence with other precincts throughout Ohio, Wisconsin, Pennsylvania, Michigan, etc., and we just might begin to appreciate the accusation that has kept this country on hold for over two years. Instead, we get words that remain undefined and ambiguous, “meddle,” “collusion,” etc. The first should mean “involvement,” the second, technically, means “price fixing” in business. Neither satisfies even the slightest curiosity, much less threatens a country with centuries of democratic political life.

In the current volatile political histrionics, both President Donald Trump (USA) and Vladimir Putin (Russia) are widely accused as being out to destroy the American democratic “experiment.” Some even accuse both of “collusion” toward that exact end. Trump is endlessly accused of favoring Putin over all other tyrants for some business or ideological motivation. Again, the proper accusation remains with the word “innuendo,” meaning “a veiled or equivocal reflection on character or reputation.” In a “nation of laws” there seems to be a plethora of loose and reckless talk strewn about, completely out of character in a legalistic society. Does the public buy this?

The United States has survived and prospered through dark periods of turbulence, warfare, and political “meddling” and has come out intact and even stronger each time. What can Putin’s Russia, twelve thousand miles away, do that Jefferson Davis, Robert E. Lee, and the entire Confederate Army could not do in a trial of four years and over 700,000 dead soldiers (with 32 million people)? The greatest armed forces and the greatest world wars in human history left the U.S. not only stronger and more prosperous than before but also bestowed the “superpower” status on a reluctant nation. The Great Depression could have easily toppled the government, yet the aftermath saw the U.S. with the “highest standard of living” in human history (as highway signs of the 1940s proudly testified). The U.S. expended 58,000 lives in Vietnam, years of protest, and a near-revolution atmosphere, yet came home empty and failed. A few years later, the Soviet Union was gone, the Cold War over, and the country became the “sole remaining” superpower.

The Russian (or Soviet) political behavior over time does not need new evidence to render an understanding. There is no mincing words; it’s there for all to see: the Bolshevik revolution, the massacre of millions at home, the purge trials, the alliance with Hitler’s Germany, the Iron Curtain, espionage all over the world, Whitaker Chamber’s Witness and the “Fifth Column” inside the U.S., thousands of nuclear weapons, missiles, nuclear submarines, the Cuban Missile Crisis (where the two nearly went to war), U2 flights over the USSR, the Brezhnev Doctrine (against eastern Europe), Solzhenitsyn and the Gulag. Finally, on the brighter side, we had Gorbachev, Glasnost, and Boris Yeltsin. Today, there is Putin, his throw-back to history, KGB background, the invasion of Ukraine, and miscellaneous threats and “meddling” in the Middle East. Now, of all places, Venezuela! In these cases, there is no confusion about “meddling.” The Russians are there, for all to see.

Now they are held accountable for Trump and the 2016 election (accused). In the scenario of threats to existential United States, where does Russian interference (alleged) in the American democracy rate? Number one, two, four, ten? Where is it against China, terrorism, nuclear proliferation, illegal immigration, civic divisions, “Balkanization,” the trillion-dollar debt (to mention a few)? How does it compare to Soviet espionage over time and against the entire Capitalist world? How does it compare to espionage by all other countries, including the U.S., Israel, Britain, China, and most of the rest of the world, starting with ancient Greece?

Yet if evidence on Russian interference is being withheld from the public, who is threatening democracy: Russian officials or American?

Until and unless we get intelligence on both the capabilities and intentions of the Russian state, we shall forever remain in “the dark.” And, according to one source, isn’t that where “democracy dies”?