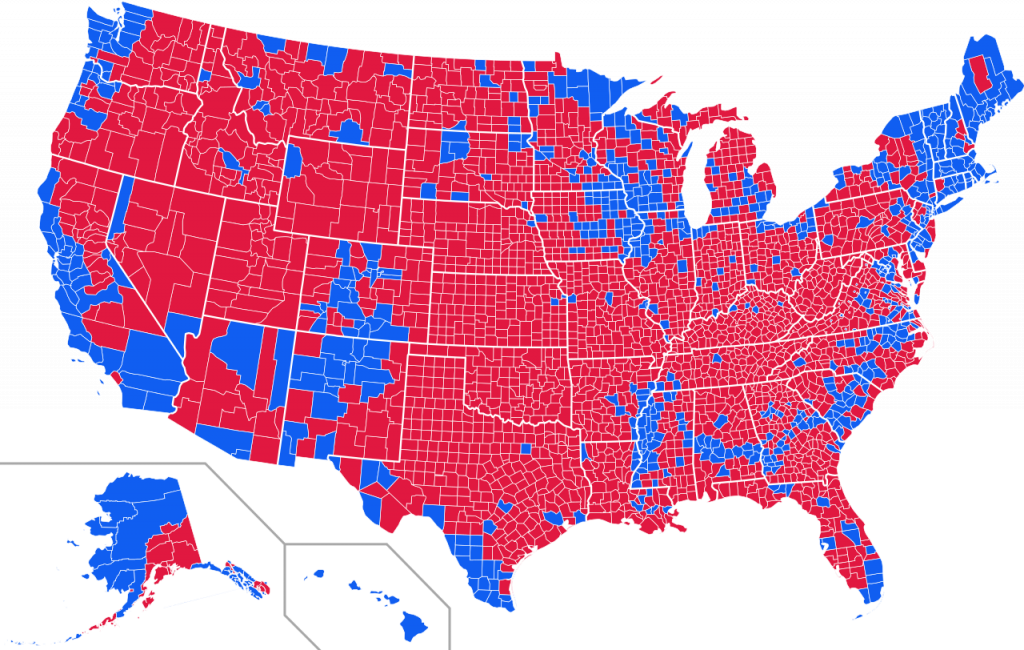 Readers may know the immediate answer to this question by thinking about their motivations in the last presidential election. Was foreign policy the determinate factor between Trump, a realtor and media personality, and Hillary Clinton, a former Senator and Secretary of State? The same may be done for other, previous contests since the end of the Cold War. Obama’s foreign policy was self-described as “leading from behind,” W Bush’s was to wage the war on terror and invade Iraq under the slogan “nation-building,” while President Clinton’s was called “assertive multilateralism.” Do voters remember casting their ballot on these or any related issues even remotely connected to them?

While this is decidedly “guesswork,” the immediate conclusion is a decisive No Way! Transcripts/videos of the various presidential debates, however, reinforce this view. During political campaigns, foreign policies were either addressed in separate, incident-derived, and episodic adventures or ignored altogether in favor of home issues, economy, healthcare, race, gender etc., that transferred directly to votes and living conditions.

In the 2012 campaign, the death of the U.S. ambassador to Libya and three others in Benghazi created a furor against the foreign policies of President Obama and Secretary of State Clinton. Her answer as to the cause of the attack to a Senate Committee, “what difference does it make,” only created more confusion for the electorate on foreign policy directions. Benghazi was not a “foreign policy” but an incident reflective of deeper and distinct issues of policy and history that could not possibly be debated openly in any political campaign. The Ambassador’s father himself probably reflected the irritation of the public when he asked the candidates to cease “politicizing” his son’s death. But that, precisely, is the problem: they are “politicians,” and politicians “politicize.”

Which brings up a larger issue: what, if any, quality does a democracy have in the process of any country’s foreign policies? Is the subject itself even amenable to any form of intelligent discussion to an electorate several times removed from issues that were created centuries ago and reside thousands of miles from Main Street USA?

Perhaps Ronald Reagan, who created a historic and decisive foreign policy, knew this all along when he campaigned on a slogan close to home: are you “better off” than you were before?

The classic “model” in history has always reflected the European style of “Cabinet diplomacy,” wherein the national leadership steers the “ship of state” through the dangerous waters of international intrigue and deception. The public’s role, by definition, was to accept and support the security of the state and to serve obediently in war should this be threatened. Who wants, for example, to defend the complexities of the “balance of power” to a public only concerned with neighborhood safety and job security?

The American public and foreign policy through the years

In practice, is this model the one, by necessity, that has to be followed by democracies, as it was by the old regimes of continental Europe? What does American history reveal?

Our first, and most lasting, foreign policy came in George Washington’s Farewell Address (1796) and urged a benevolent abstention from the intrigues of Europe until the U.S. could be powerful enough to participate in world affairs. This was entirely the brainchild of Washington himself and his Secretary of the Treasury, Alexander Hamilton. This subsequently turned into “isolationism” and expansionist “Manifest Destiny” but served as the near-sacred epistle of U.S. foreign policy until world events forced an abandonment after the Second World War. During this long expanse of time, foreign policy was rarely invoked as an explanation or defense of either incumbency or election to the presidency. When it was, the public invariably supported the particular policies then in-force. Never, ever, was the public an engineer of change. When change occurred, it was subsequently endorsed by the electorate, but only after the fact.

The twentieth century was the most relevant period to judge this question, beginning with the first election, 1900. In this campaign, the public had a chance to endorse or repudiate the McKinley Administration’s overseas expansion after the Spanish-American War. McKinley’s overwhelming victory against Democrat William Jennings Bryan and the “Anti-imperialist League” inaugurated the country’s first major leap into both the new century and American global expansionism. The next test came during World War I when Woodrow Wilson’s 1916 campaign appeal “he kept us out of war” was heartily endorsed. Five months later, we were at war with Germany with both Houses of Congress fully behind Wilson. So much for the election. In the 1920s, the Republicans’ return to “normalcy” was supported throughout, as was Franklin D. Roosevelt, both during the Great Depression and World War II.

During the long Cold War, neither isolationists like Robert Taft nor dissenters such as Henry Wallace or Adlai Stevenson were able to challenge the dominant policy of “containment,” despite the Republicans’ 1952 platform against it. Containment continued through the 1950s, ’60s and ’70s, while the Nixon Administration’s “détente” policy, led by Secretary of State Kissinger, was tacitly supported despite conservative-Republican dissent. The era of anti-war protest during the Vietnam War challenged the political culture but failed to prevent each and every Congress (until 1972) to support the billions of public expenditures necessary to wage the war. Nor was a major Vietnam era political protester able to capture either party’s nomination, to the bitter end.

Ronald Reagan promised to increase defense spending in the 1980 campaign against President Carter, but not a word was said on the historic foreign policies that he used later to undermine the Soviet Union. Nor was any of this challenged by his 1984 opponent, Walter Mondale, who went down to a landslide defeat. In 1992, Arkansas Governor Bill Clinton expressed little or no foreign policy and campaigned that “it’s the economy, stupid.” He won twice on something like this, while surviving removal over sex with an intern.

Fast forward to two years ago: foreign policy was left in disarray, without direction or interest. The loser called the winner’s supporters “deplorables,” while the winner rallied his support under the cry “lock her up.”

Conclusion: the role of the public in foreign policy issues has been little more than a “rubber stamp,” while most important changes have been conducted in private. The European “model,” apparently, applies to democracies as well. That, by definition, happens to be the “nature of the beast.”

Related conclusion: American political discourse, the administration, the Congress, the media, and the public seem to have lost both the interest and the ambition to take national security and foreign policy seriously. Almost all concerns are self-serving, depending on what race, gender, class, age, party, or income one has.

P.S. June 28, 2019. The Democrats just finished four hours of debates with twenty candidates. Not a word on foreign policy. After all this, the greatest attention was on former Vice President Biden’s role with southern Senators back in the 1970s.

For a “superpower,” the electorate seems completely disinterested with anything outside its two coasts (until there’s an attack).