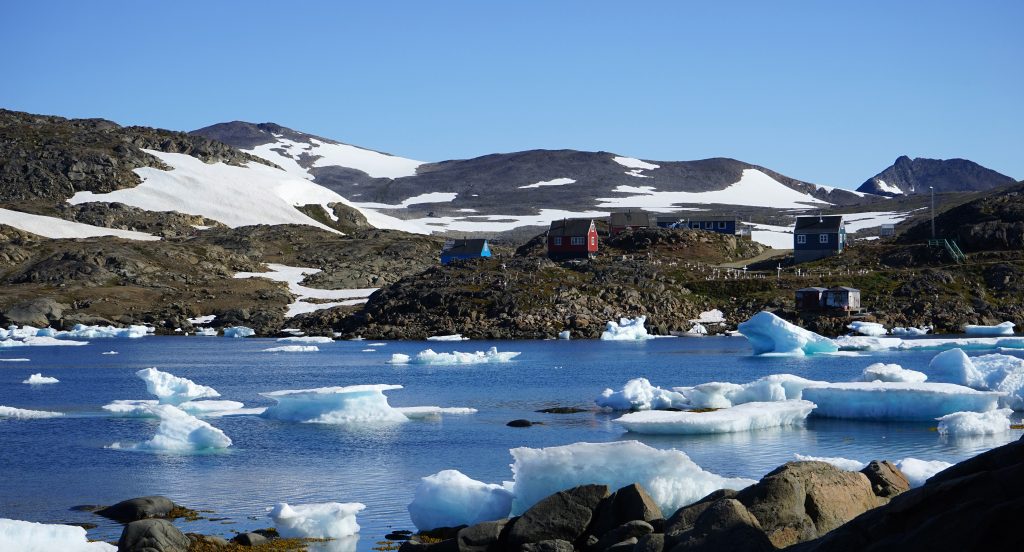 Speculation that President Trump has expressed interest in purchasing Greenland from Denmark has inspired gossip in the media as to how “serious” he is. In history, countries either expand by conquest or by purchase, the former being the most common. Should Trump announce that the U.S. will occupy and seize the island, speculation would undoubtedly be far more severe (especially in Denmark). Yet Trump’s (alleged) interest should not shock anyone with the slightest understanding of history – and human nature.

First, the President is, first and foremost (as has been apparent) a realtor. He spent most of his life buying and selling things, especially buildings and property. Greenland has both.

Second, countries have frequently bought land from proprietors, whether they wanted to sell or not. This is called “an offer they can’t refuse.” The President even wrote a book on this, The Art of the Deal.

Third, American history is replete with such exchanges. Alaska, purchased from Russia (1867), was once called “Seward’s Folly.” President Thomas Jefferson made perhaps history’s greatest real estate deal in 1803 with the Louisiana Purchase from Napoleon. The area, about one-third of the continent, later became home to fifteen states.

Fourth, purchase is better than conquest. President James K. Polk invaded Mexico and in return obtained the rest of the continent left over from the Louisiana Purchase. This amounted to about one-third of old Mexico (and Spain), including Texas and the American southwest, California, parts of Colorado, Nevada, and Utah. Still, the legacy of land-by-conquest has since been a stain on the American record, beginning with opposition against Polk’s war by both Abraham Lincoln (as a Congressman) and Ulysses Grant (as a soldier in the war and in his Memoirs).

Should the U.S. try to purchase Greenland?

Greenland is the world’s largest island but is 85% ice and has only about 56,000 inhabitants, almost half in the Capitol, Nuuk. It does, however, have resource potential, energy, minerals, gemstones, and has geopolitical use, particularly with the U.S. airbase at Thule (home of a missile warning system since 1951).

Yet, there is no apparent U.S. urge or demand for Greenland as a possession, and Denmark has refused to sell. In 1947, President Harry Truman expressed a similar interest but quickly dropped it after a Danish refusal.

Denmark has owned Greenland since 1814, after sharing it with Norway before. Apparently, they want to keep it, to quote the original Panama Canal Treaty, “in perpetuity.” But, in 1978, President Jimmy Carter gave the Canal Zone back to Panama, despite severe opposition from such as Ronald Reagan, John Wayne, and most Republicans. So much for “in perpetuity.”

Why does President Trump (again, allegedly) want Greenland? He will visit Denmark soon and may well make an offer. By the same token, why does Denmark want to keep it? One way or the other, the island will be owned since there is no drive for independence from the native Inuit tribe.

Should the U.S. press the case for American ownership? Can a case can be made that western security and interests would benefit from such a transfer? If so, then why not?

If Danish ownership of Greenland may be defined as harmful for overall security of the NATO region, then why should an outdated colonial relationship be continued and supported? But if there is no case, or a weak one, then Trump should do what Truman did and drop the ball immediately. Surely his administration has enough problems without interfering in an ally’s territorial imperatives.

But, as usual, there is precedent. If America wants something bad, enough America gets it. And Denmark knows it (or should).

When America bought the Virgin Islands from Denmark

It is 1916, the world war is in its third year, the U.S. is neutral but concerned about being dragged in. Denmark owns the West Indies, but they would go to Germany should Denmark be invaded. The American Secretary of State, Robert Lansing, approaches the Danish Ambassador with an offer he can’t refuse. Should Denmark cede the islands to Germany, Lansing wrote, “the United States would be under the necessity of seizing and annexing them …as we would never permit the group to become German.” Shortly thereafter, the Ambassador reported back that under “the pressure of necessity [Denmark] would be unable to refuse to consider a proposition of the sale of the islands to the United States.”

In his report to President Woodrow Wilson, the president expressed his “gratification” that the Secretary had been “so frank with the Danish Minister.” Frank indeed! It was pure great-power extortion and today, for $25 million, the islands are known as the American Virgin Islands, now a vacation hotspot but once a critical issue of national security.

In his reluctant report to the Danish Parliament, the Ambassador, Edward Brandes, reminded them that they lived in a “world where justice is abolished or enforced by might, yes, where might not so seldom forms and moulds justice.”

American opinion, naturally, was not quite so downcast. As Senator Henry Cabot Lodge, Chairman of the Senate Foreign Relations Committee, said, it was a vital interest: “The European power which attempts to establish itself in new possessions in the Americas, whether in a little island or a continental state, from Patagonia to the Rio Grande, is our enemy.”

This all stems from a principle derived from nature itself, the doctrine of “self-defense.” Yet it remains a doctrine of “possibilities,” thereby very tangential. In the West Indies case, the U.S. acted against a possible danger of a possible consequence of a possible action from a possible enemy. Yet, to take no action at all would fall into the same category.

American occupation of Greenland in WWII

In 1941, with Denmark occupied by Hitler’s Germany, the Roosevelt Administration, indeed, took action and occupied Greenland (and Iceland). Secretary of State Cordell Hull, in defending the occupation, gave a definitive and enduring explanation:

“As a result of Greenland’s geographical location in the Western Hemisphere and inclusion within the general scope of the Monroe Doctrine, … the United States has a certain dominant interest in Greenland arising out of considerations of national and hemispheric defense. … the United States could not tolerate an attack upon Greenland by any non-American power or an attempt by such a power to alter the present political status of the island.”

The US evacuated Greenland in 1945 and Denmark, technically, never lost sovereignty.

National security, however, is always a game of chance and risk, be it Vietnam, West Berlin, Taiwan, Israel, even Greenland. As before, there is nothing too remote or too small, nothing to disparage.