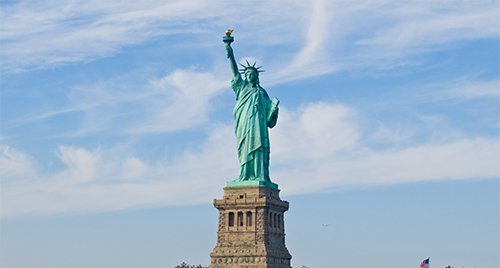 One hates to quarrel with, perhaps, the greatest political document in history, but it is not “self-evident” that “all men are created equal.” Indeed, precisely the opposite is true. Why, then, did the Founders (i.e. Jefferson) put that clause in? At face value, it is ridiculous.

No doubt, Jefferson was referring to a much higher definition of the word “equal,” one that appeals to both the theological and legal status of humanity. In this regard, he is correct, that all mankind is created with equal status by the Creator and by democratic law. By any other meaning, as is obvious, equality is but a fantasy dream of ideologues.

The tension between liberty and equality

Yet, the tension between the two conceptions of socio/political virtues, liberty and equality, has dominated the political globe at least since the American Revolution, if not before. The year 1776 offers a good starting point since it represents history’s first successful revolt for liberty against imperial authority.

Immediately after the equality clause, the Declaration gets to the heart of the matter, that “all men are endowed by their Creator with certain inalienable Rights, that among these are Life, Liberty and the pursuit of Happiness.” This sentence defines the purpose of the Revolution. It also expresses the human sequence in perfect harmony. First, life itself, the creation. Second, liberty, the goal. Third, the pursuit of happiness, the opportunity. Note on the third, a “pursuit” is not a goal, but an opportunity, which is all the document seeks. Unlike political movements (socialism, communism, equalities of race, gender, income, education, health, etc.) the Declaration does not (and cannot) promise results. Similarly, if a man is six feet tall and another five feet, both cannot be made to be five and one half. If one is lazy and another ambitious, they cannot split the difference. If China has a dictator and America a president, neither can be half-elected, half-imposed.

Today in the American political culture, equality has taken a decided lead in the tension, at least in the “popular” culture. It has also threatened to overcome the Democratic Party. The popularity of the youngest female representative in history, Alexandria Ocasio-Cortez (AOC for short) symbolically represents the culmination of this historic shift. Her “Green New Deal,” a hybrid from the Great Depression and FDR, has excited the polity as nothing in memory.

True, this may be a passing phenomenon, but it is also a natural trend with momentum, including democracies throughout Europe and within U.S. society as well. Liberty is easy to take for granted; it is pervasive. But inequality is also evident and the two are often seen as mutually exclusive.

Can we have equality without liberty? Of course. Most societies on earth have an imposed equality: equally impoverished, equally oppressed, equally restrained, equally obedient, and, more recently, equally anxious to get the hell out. Examine the citizens of the old Soviet Union, Nazi Germany, Russia, China, most of the Middle East, Africa, Venezuela, etc.

Can we have liberty without equality? Of course (again). Freedom does not guarantee sociological results; it doesn’t endow natural talents but only a better opportunity to achieve results.

Is equality even a desired product? If one starts a business, does he want equality with a competitor, or does he want to be better? In a game, do we seek a tie score? I am a professor and do not have the salary of GM’s president. But I could have worked at GM if I wanted to (my father did). I have liberty.

Liberty is the meaning of “American”

Liberty, not equality, is the meaning of “American.” It has always been that way, and, if it changes, it is no longer America, it is something else. Professor Paul Seabury once (1976, Orbis) summarized this reality, as follows: “For better or worse, since the beginning of the republic Americans have displayed strong sentiments about their country’s role in world affairs. Liberty occupies a central thematic place among them. Emblazoned on monuments, sung about in anthems, stamped on coinage and expressed on placards, it still dominates our civic thought and language.”

That sentiment is currently under assault. Some maintain that it amounts to a cultural “civil war,” without arms. Perhaps liberty has been taken for granted, been around too long. Perhaps it needs reminders.

During World War II, posters were made for display, to be changed every few months, in stores, homes, factories as reminders of what the war was all about. One famous poster showed a group of 1943 GI’s joining with 1776 Continentals on a mountain. The inscription read “Americans will always fight for liberty.” Notice equality was not selected. Soldiers would not die for that.

Imagine a fictitious equality dominate in U.S. society. What did Patrick Henry say, “Give me equality or give me death”? Arriving in New York Harbor, what does the newcomer first see, the Statue of Equality?

To bring socialism into the country would makeover American political culture as much as any foreign enemy might have imagined. It would erode liberty into an afterthought in pursuit of an impossible, elusive equality for all. This is a pipedream but so was Communism, Fascism and all other makeovers imposed upon mankind.

After the 1789 Constitutional Convention was over, someone asked Benjamin Franklin what they had made. “A republic,” he responded, “if you can keep it.”

The jury is still out.