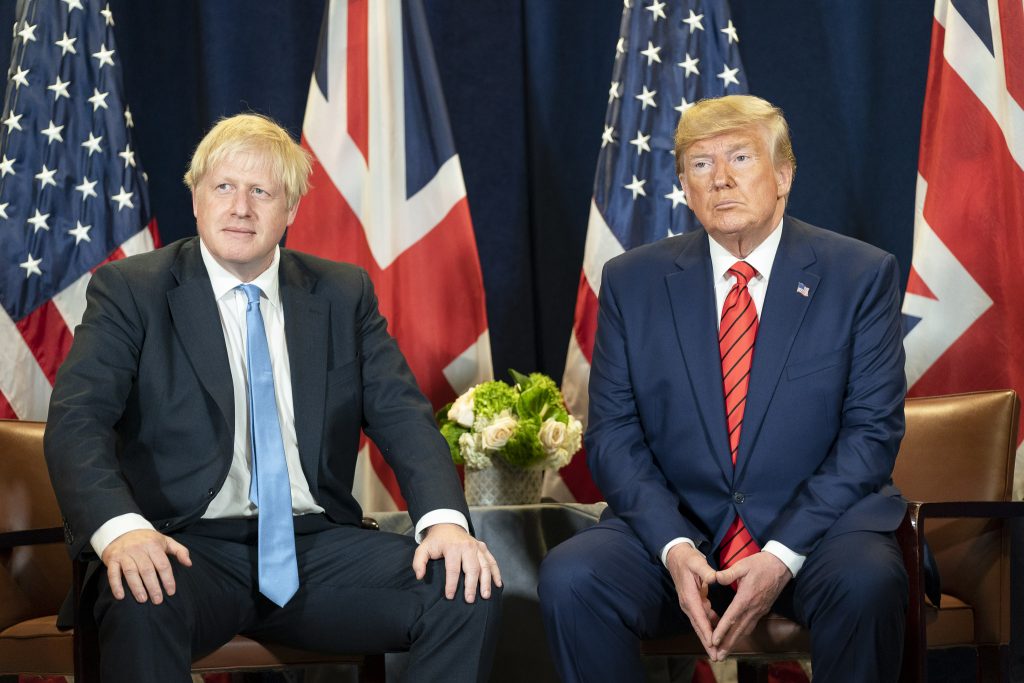 The recent electoral victory of Boris Johnson in Britain ensures that, with some certainty, both countries will be led by men who share more in common than a similar and unique investment in political democracy (“never Trumpers” notwithstanding). Not only do they share some common personality traits, plus similar impulses toward nationalistic isolation but, more importantly, they look like twins.

While it’s possible that George III and George Washington might be mistaken for Anglo-Saxon brothers, the common traits shared by The Donald and Boris goes beyond any similarity that eighteenth century wigs might reveal. While it is probable that a blonde man has never held the highest political office in either country, it remains near-certain that blondes have never shared the same office in either country at the same time.

Nor does it even seem possible that two blondes have ever been involved as close allies, served together through history, or even gone to war against each other. This is truly a unique moment, even if it all comes out of a bottle (in Donald’s case for sure).

Nazis eat your hearts out. Even a slight glance at Hitler or his vanguard would reveal that not a single “blue-eyed-blonde,” the Aryan symbol, could be found anywhere near the Fuhrer or within his bunker (except for Eva Braun, his wife of a few hours).

But does this mean anything? If thirty seconds of a phone conversation could lead to impeachment, then it is equally plausible that two blonde heads could have the gravest consequences given purpose and intent.

Statements attributed to both President Trump, his aides, and enemies have often been emphasized in the press as “bombshells” throughout the impeachment hearings. That’s called a “metaphor,” like “you’re a peach,” or “smooth as silk,” but metaphors are critical in political reference. It doesn’t have to be intelligent or even coherent, attributes that would probably detract from the intent in any case.

What’s to prevent politicians from either side of the ocean to appraise any dealings from either men as another example of those blonde “bombshells” from “meddling” together.

“Meddle” is a verb with several meanings and used to identify Trump with Vladimir Putin. They were tied together, according to the press, because Trump “liked” dictators. “Bombshell” is a metaphor used often to describe the personalities of blonde people. In its “sexist” form it means only girls. It is supposed to represent a form of “explosive” quality, as if Trump would be more demonstrative than, say, Bernie Sanders or Johnson than Jeremy Corbyn. Like “mad dog,” it is not meant as a compliment.

The phrase “heads of state” now has a definitive meaning, another historic first. This expression, too, is a metaphor but rarely meant figuratively. Margaret Thatcher and Ronald Reagan shared this metaphor, as did FDR and Churchill, but the new relationship of The Donald and Boris is literal.

To the extent that they share policies, this could be attributed to their hair. Get ready for the press and “hair- brained” foreign policies.

The two leaders, indeed, have more than hair between them. Their respective electoral victories were shocks to one-and-all. Trump was not taken seriously from the beginning, while Johnson’s recent victory gave Labour its worst defeat since 1935. One district went Tory for the first time since 1885! As in Trump’s triumph, historic British working districts voted Conservative for the first time in generations.

Despite being entrenched in power for the moment, the future for both could be very uncertain. Trump’s issues need no introduction. His blonde ally, however, has troubles that most on this side of the ocean can appreciate.

Like Trump, Johnson must pursue a balancing act to survive. While most Tories, like Republicans, share Johnson’s social conservatism, like Trump, his party has serious economic differences. The gap between more or less taxes and more or less government haunts the ruling parties in both countries.

While these differences may be traditional, Johnson faces problems not seen in the U.S. since the time of Abe Lincoln and the Civil War. Secession may “invade” the British Isles as separatist parties in both Scotland and Northern Ireland threaten referendums that could well mean independence for both and an end to the “UK.” At the same time “remainers” in Britain will do their best to interfere in Johnson’s path to departure with even closer trade deals with the EU.

But the trade issue may well save the day for both blondes. Impending for some years, a new U.S.-British Free Trade Treaty is scheduled for early next year and will be even more critical with the new Johnson government. President Trump has called the Treaty “a very, very big deal, a powerful deal great for both countries.”

Should both parties sign this treaty, it will mean a significant boost for the longest and most important bilateral relationship in the history of the world. It will also mean a much greater international status for the leaders of both countries, a status each could sorely use.

Move over Marilyn and Jayne. Boris and The Donald can still prove that “blondes have more fun.”