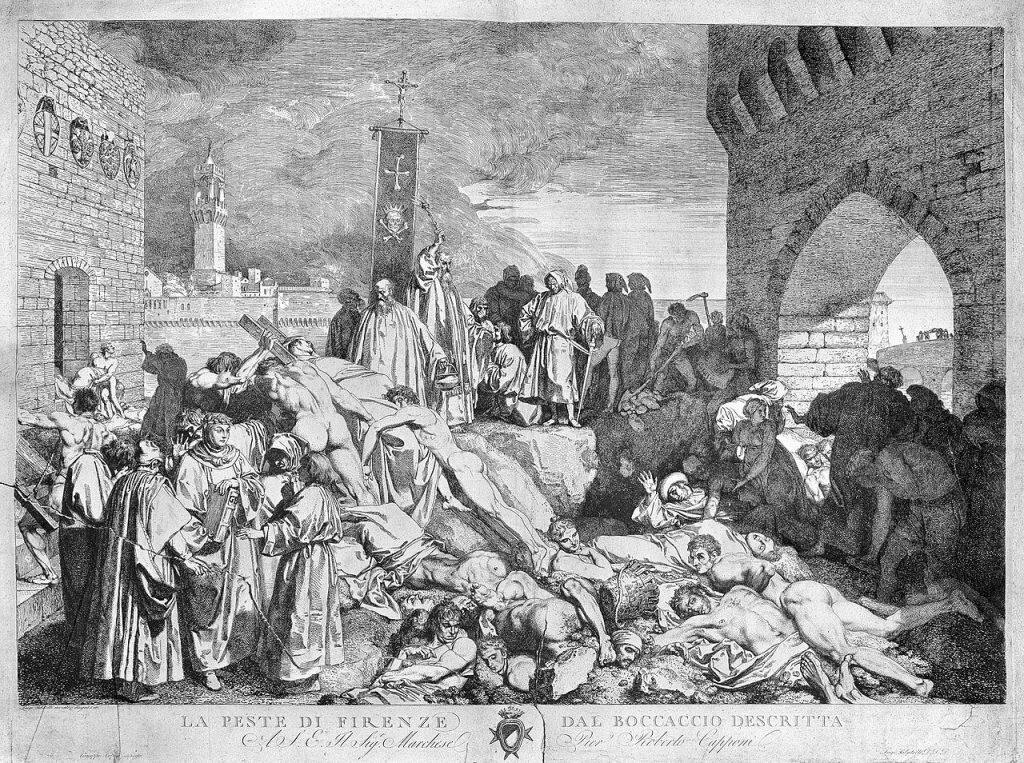 Do previous epidemics help us to prepare for the future?

These various historical incidents are highly instructive when we consider the key difference between, for example, the Plague which struck in the mid-14th century or cholera outbreak of the 19th century and COVID-19. What makes the latter distinct is that, despite intensive media reporting, mortality is very much lower today. The traumatic factor for us is less witnessing the epidemic ravaging the population than it is seeing a taboo subject – death – rear into view. Where previous major epidemics killed, the current disease’s main victim is our toxic vision of a life in which we can go on consuming indefinitely. When Provence was hit by cholera in 1832, its inhabitants prepared for a “good death” with visits to their confessor and notary. We, however, are preparing to change our economic model. These are two very different reactions.

What were the economic consequences of former major epidemics?

Previous epidemics caused unprecedented economic shockwaves. For example, during the Black Death, rent in Paris was reduced to a quarter of its original cost. Building work on cathedrals was halted for several decades. There was a collapse in all “artificial” economies not essential to human survival. Vultures who parasitized upon vital economies moved into the speculation business, focusing instead on offering people imaginary protection. Conversely, businesses related to survival, such as agriculture, regained their foundational status. The epidemic thus revealed a rather radical distinction between useful and secondary economies. It is also worth noting that epidemics sometimes provide a pretext for financial cleansing. After reaching Marseille on 25 May 1720, the plague spread right across Provence. Having implemented a clever financial speculation system, the economist John Law made use of the epidemic to generate a crash a few weeks later. The health crisis essentially served as a smokescreen for an economic collapse.

How does economic recovery come about?

In economic terms, epidemics divide the conservative majority of businesses that tend to comfortably ride the good times from a more flexible and imaginative minority of entrepreneurs ready to reconfigure their work even as the disease tightens its grip. As such, there are companies paralyzed into inertia on the one hand, and creative economic elites who are eminently plastic and adaptable in nature on the other. The first group believes that everything will return to normal, whereas the second works to shift the paradigm as the crisis reaches its peak by casting a strategic eye to the future. This occurred in Venice during the Plague of 1576, when the merchant aristocracy opted to liberalize the economy at the height of the epidemic, damaging containment efforts in the process. Geostrategic priorities won out over the precautionary principle.

Is there a hierarchy to economic recovery?

In short, a hierarchy does form – but it is quite distinct from the hierarchy which came before. When death starts to haunt societies, they reshape themselves around four fundamental drives. First, the combative and nutritional drives aim to preserve individual life. Second, sexual and parental drives aim to preserve the species. Drives are organized into a strict hierarchy. As a result, the first economic activities to re-emerge focus on the safety of individuals within their territory and their vital food provisions. Consumer activities that subliminally promote reproductive and parental drives only emerge later. Epidemics thus brutally sort the wheat from the chaff.

What predictions can we make about the economy in 2020?

It appears that the model in which we are all permanently connected so that we can consume unlimitedly has proven a failure. If they go on long enough, epidemics can restore our sense of reason. We have long made environmentalism a valueless sub-product of consumerism. This has been a grave mistake. Sustainability presupposes that we give up certain comforts. COVID-19 will refocus business on its real purpose, which is to benefit humanity. We must be vigilant, however, as while the body count grabs the headlines, the elites are starting to regather their forces and rivalry for the top spot is becoming increasingly stark. We are entering into a period of necessary adjustment.