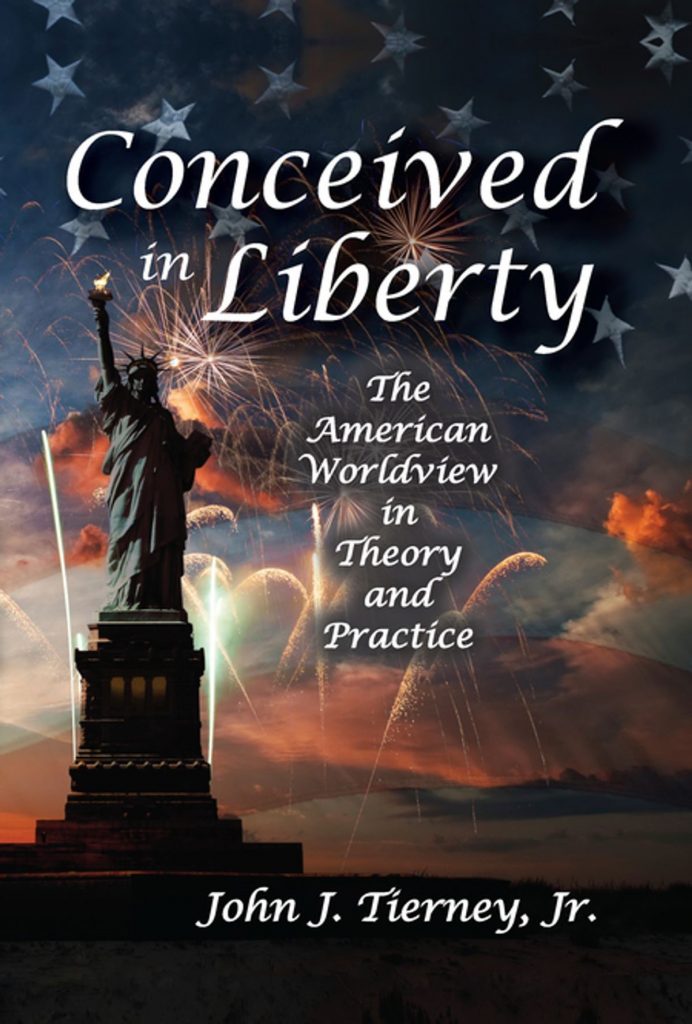 In 2016, my book Conceived in Liberty was published (Transaction). The title was deliberately chosen to emphasize the two terms, “conceived” and “liberty,” being careful not to extrapolate more from the title than was intended. This was not a “historical” study to determine whether or not Americans, from the start to 2016, lived up to the promises begun in 1776. Nor was it a “sociology” to determine what faults resided within the population or whether or not the people deserved the title.

A key reference used in the beginning was the response given by Benjamin Franklin to those who asked him what the Constitutional Convention had accomplished. “A Republic,” he noted. “if you can keep it.”

Franklin’s answer is more important for the second half than the first. The definitions of a “Republic” go back as far as the ancient Greeks and Romans, whose qualities were carefully referenced by the Founders. These are theoretical, actually “Political Science,” and elaborate the “designs” and nature of a republican political system and its variety of duties from both the government and the governed. Franklin had no intention to describe these in his answer, rather to warn the listener (and his successors) that there is a profound difference between ideas and reality.

It is one thing to design a beautiful or magnificent structure. It is altogether another to put people into it to live and work. How they accomplish these tasks in their daily life may or may not have any bearing upon the carefully presented design. They may ruin it in a day, they may keep it as-is for a generation, it may deteriorate over time, or they may develop it to heights not even imagined by its builders. They may well be content to let it stay as-is without regard to the neighbors, a single beauty within a slum. Conversely, they might want to show others how to do the same, eventually producing not only one structure but a beautiful and thriving village.

All these options apply precisely to how Americans have treated their own Founding, for better or worse. All these options, as well, depend upon a consensus that the “structure” was both original and magnificent from its inception. If there is no consensus on this, there is no further need to develop the thesis; it was “DoA.”

Proceeding from a consensus that the American Founding was, indeed, both original, creative, and positive, we can then proceed as to how it has been implemented. If one rejects the thesis, one must start all over again (as some propose).

As in any well-developed artifice (house, car, city, farm, nation, family, economy, political system), the original design cannot possibly dictate or even indicate how it will be implemented. How, then, do we judge its value or strength?

Perhaps the first criterion is durability. Has it endured? Take marriage: one that lasted 50 years is defined as a success; one that dissolves after two years a failure. That’s sufficient, no further questions.

By that standard, the American system is both powerful and lasting. Perhaps 250 years is too short to determine, knowing that empires have lasted many more centuries before collapsing.

Maybe so, but, compared to most other countries, the U.S. system comes out quite strong. Just observe recent history. Russia: revolutions, occupation, from czar to communist to Putin; Germany: from Kaiser to democracy to Nazi to democratic again; Japan: monarchy to military, to democracy; Spain: from monarchy, to revolution to Fascist to democratic; Italy: monarchy, Fascist, democratic; France: monarchy, revolution, monarchy, democratic, occupied, democratic. Etc., the list goes on. Most countries that show stability have been one-party or

The second criterion, and the one most used, is “observance” (for want of a better term). Here, the standards break down so much as to be nearly impossible to judge. It is currently fashionable to critique the American Founding as not “living up” to its potential. Inside this critique must be asked: what/who has done so – Denmark, Nigeria, Indonesia?

One reason for the U.S. to be so “observable” is the lasting image of the “city upon a hill” standing so far above the rest. In this regard, America stands “accused” by its own lofty promise, with a political revolution not only the first but the most pronounced in terms both of its original design and the hopes inherent within the design itself. Has anyone heard of the Australian “dream”?

One can judge the U.S. by a single criterion: probably the only country in history that has a problem keeping people out, rather than in.

A question often asked is about the significance of the American Revolution. The apocryphal answer, “it’s too soon to tell,” contains more truth than hypocrisy.

Utopia rarely translates to reality. There are 193 countries in the world, but few (if any) are so routinely critiqued for systemic failure. Some in the U.S. want to “overhaul” the political system due to its many sociological shortcomings. All of these shortcomings, however, are universal; none are derived from the American Founding but, rather, are the result of the character issues that have infected the Creator’s humanity from Adam and Eve to Hitler.

Liberty is a “conception;” synonyms of “conceived” are cause, think, begin, imagine, envision. Liberty is also an “ideal,” i.e. a revolution “in progress,” a “choice” that can be made. There is no incompatibility between Liberty and general human behavior; like Original Sin, it co-exists alongside “Free Will.” It also means “freedom” and has co-existed with or without equality: with slavery, with income inequality, with voting privilege, with poverty, discrimination, slums, tenement life, child labor, the draft, crime, suicide, lockdowns, war casualties, undeclared wars, etc., etc.

There is little relationship between equality and liberty; they can or cannot co-exist. Another analogy: prisons are equal inside by definition. Outside the walls may be massive inequality. Take your choice. Probably only those who have been denied liberty appreciate what it is.

Liberty is extremely rare in history, almost unknown until 1776. It is incompatible with most human experience, including empire, colonies, occupation, invasion, slavery, dictatorship, socialism, ideologies. It can survive with both the seven “deadly” sins as well as the four “cardinal” virtues. Its values are also largely confined to English, both the novels of George Orwell or the philosophy of Isiah Berlin.

It is fashionable for history to be judged against equality. Again we have a choice. Some historians prefer to expose life’s “dark” side rather than the bright, often confusing sociology (equality) with political science. This is hardly uncommon and is present throughout the American academy today.

Fair enough, but just make sure we don’t confuse conception with whatever comes after; it’s a difference between life and birth. Or, put another way: between building your “dream house” and living in it.