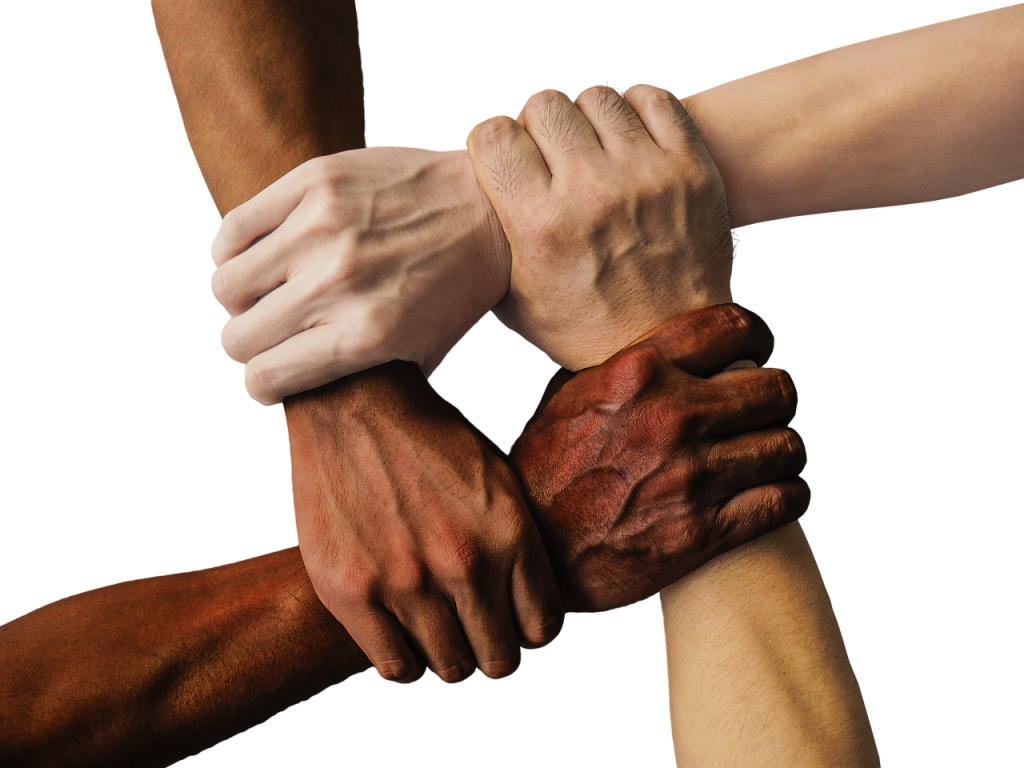 The first two words overlap and have a common understanding in the colloquial sense. But in the American popular culture there is a distinction, whereas division implies separation (“portion,” “piece,” “unit”) diversity implies variety within a whole (“assortment,” “heterogeneity”). By any definition, however, both words are the exact opposite of “unity,” best defined by its inherent virtues, “balance,” “accord,” “coherence,” “symphony.”

Thus, even within a strict dictionary definition, the term “unity” connotes a superior reference of existence, while division always connotes a lower form. Merriam-Webster even begins its unity definition by separating it from division: “not being multiple.” It is fair to say, therefore, that, between the two, unity is always superior to division (or diversity) for the simple reason that one is easier to count than two.

The word “system,” often assigned to humanity, takes on profound meaning precisely because of its “unity.” In short, system connotes singularity rather than multiplicity. Practically, everything on earth is some form of “system.” This is often used subconsciously, as in the full spectrum of systems used every day:  political, solar, transportation, biological, economic, etc.

All systems are “macro,” rather than “micro,” which means that the full system must function as a unit and that even a small, slight deviation could cause the whole to malfunction. This is manifest throughout life. An automobile is a system. A carburetor represents a tiny segment of the whole, but, if the carburetor stops, the entire car stops as well. Politics is also “systemic” with the Army. But if a General removes a President, then the whole system turns into a dictatorship, i.e. the “system” breaks down, becomes something else. Senator Bernie Sanders campaigned as a “socialist,” an economic system opposite from capitalism. As opposed to most other candidates, Sanders sought “systemic” change, i.e. a whole new form of organization and behavior.

World politics is, likewise, considered “systemic” based upon merely the number of “players.” When someone refers to the United States as the “sole remaining superpower,” they mean that the world is governed by a “unipolar” system. The Cold War was between the USA and the USSR; thus, it was “bipolar.” The old European “Balance of Power” consisted of around twenty countries, thus it was “multipolar.”

Like all other systems, the world system can collapse from the smallest breakdown. In 1914, a Serbian terrorist killed the heir to the Austrian throne. The result was World War I, systemic change throughout the Twentieth Century, wholesale mass-murder, and, by some standards, the “end of history.” In 1939, Germany invaded Poland. Six years later, 76 million deaths, the atomic bomb, the Cold War, and the world system divided in half. In 2001, nine terrorists destroyed two buildings. Notice anything different (been to an airport)?

Domestic political systems are equally vulnerable. In 1765, ten years before the revolution, there were about a dozen Americans that wished to break with the British Crown (most from Massachusetts). In 1903, when Lenin gathered his “Bolsheviks” in a Swiss hotel, he had around ten co-conspirators. When Hitler took power in 1933, he had about 800 uniformed Nazis with him, against 80 million Germans.  And so it goes.

Today, America is often defined as in a “revolutionary” condition, either as a description or as a prescription. If the virus won’t get us, then the repercussions from police “brutality” will. Either way, it’s at least certain that all 330 million Americans cannot possibly wish or prepare for “systemic” change. It must, therefore, come from somewhere else. Even an orchestra needs a leader.

But, like the British before us, the Russian Czar, or the Weimar Republic, who can define where revolution originates? They all had at least one thing in common: they were all caught by surprise.

Statistically, the death of one person cannot possibly cause the demonstrations that have convulsed American cities since. It must be both symbolic and orchestrated and, by definition, cannot be either spontaneous or incoherent. Nothing occurs in a vacuum.

These questions may not be known, but, in the longer term, they remain secondary. The primary concern is the unity that every country requires for bare existence. At stake is actually the continuing existence of the American “system,” as it has existed for 250 years and, of equal importance, as leader of the “Free World” for nearly a century. Both cases, within and without, may well be decided inside the near future.

Nor can the future be determined through dispassionate analysis or reflection. Whether George Floyd was typical or a-typical, whether Blacks are better off here or in Kenya, whether “whiteness” is a virtue or a vice, whether slavery or liberty represents America will all be lost amidst the challenges between the emergence of a unified versus a divided people. That is the “bottom line,” or as Coach Lombardi put it, the “only question.” No entity, nation or not, can function divided for long. Sooner or later, it will be “surprised.”

As the world can turn with just a pistol shot, so can the American “experiment” end in a fraction of a second somewhere inside an obscure location.

I once had a cut on my arm. Someone asked me, is it serious? “It depends,” I replied, “on how much I scratch.”