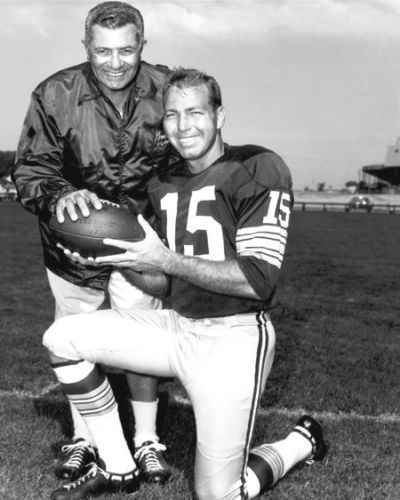 When asked about “winning,” legendary football coach Vince Lombardi replied, “it’s not just the most important question, it’s the only one.”

If asked about American foreign policy today, what would be a comparable answer? What is “winning” to America in the world? Undoubtedly, the answers would be as different and as contentious as the personalities and their backgrounds. But there must be a favorable and useful response that would provide a bare consensus to both the history and values that have supported the American experience from the beginning. Otherwise, there is nothing there, as though each football team plays for sheer pleasure or money.

The answer goes deeper than simply “national interest,” a concept that every country in the world shares with comparable degree, according to circumstance. A common denominator of “interest” is security and sovereignty. Are those the “only” components that comprise the American purpose, putting this country on the same plateau as Ecuador or Pakistan? If that’s the case, all are “winners.”

Or, is the American experience on a higher plane, rising to a level shared by either no one else or by so few that it doesn’t matter? To continue the football example, it matters little if all teams share equally in “winning,” it only matters to the team that actually wins the title. Even second place is a “loser.” Equally, does anyone care if Hungary wants to “make the world safe for democracy,” or if Morocco wants to convert all nations to Islam?

Nor does a leader of “purpose” need the resources of a great power. In tiny Cuba, an island of eleven million, Fidel Castro managed to supervise a guerrilla assault on the rest of Latin America that caused chaos for years, hosted a missile crisis (1962) that might have killed hundreds of millions, and sent over 20,000 soldiers to Africa to foment revolutions. More recently, an obscure Islamic preacher, Osama Bin Laden, sent nine terrorists to hit two American cities. The operation took several minutes. Decades later, the American superpower is still recovering, with no end in sight.

All these movements, to name some, had one thing in common: they had a purpose, an objective, and it was meant to change history, if not the world. Nor were they meant as expedients, nor as temporary, but forever and everywhere. Moralists will distinguish between the “good” and “bad.” That is their prerogative, but even at the time they were too late. Nor is it relevant to judge their outcomes. All of them, no exception, failed to accomplish their original purpose: whether it took years or centuries, they all ended in “rack and ruin.”

Today there is no empire left in the world, no “Thousand Year Reich,” no “proletariat” world, no Islamic empire, no anything that began before. Left in all their wakes, millions of body bags and millions more of broken (and fulfilled) promises. Purpose is morally free: the Nazis may be the rare political party that truly kept their promises.

All that’s left is a world in constant chaos, in perpetual anarchy with a few “great powers” manipulating each other for some kind of dominance, always left undefined. What does China want, Asia, the world? Does Vladimir Putin want to take over America through “meddling” in local elections? What would he do if he got it? Will the Coronavirus see the world “plunge” into even darker anarchy? Darker than the Great Depression?

Questions abound, but the leadership of these countries may not even know their own directions. If so, it would hardly be new. Adolph Hitler, despite his planning and dedicated purpose, could not even anticipate Germany’s future. When Britain finally declared war in 1939, he turned to his Foreign Secretary and asked, “now what?”

That’s a fair question, appropriate across the board. What’s left for an American purpose in the world? If one watches recent political debates, going back as far as 1992, the answer is far from obvious. If one goes no further back than the 2019 Democratic debates, the answer becomes more than obvious: nothing.

What Is To Be Done

In 1903, Vladimir Lenin wrote a pamphlet What Is To Be Done, outlining his future plans to overthrow the Czar and occupy Russia. At the time, there were about a dozen Bolsheviks. It took fourteen years, but he finally did it. The rest is history. What is the answer to the same question for the American purpose in the world?

There is no scarcity of answers. The record of a “purpose” to the original revolution runs like a thread weaved through history, from the Founding Fathers through Monroe, Polk, Lincoln, both Roosevelts, Wilson, Truman, IKE, JFK to Reagan. Then it ends, and that is about where we are now, deaf and dumb, wandering through dark alleys.

Some would either deny or alter purpose, eliminate the Declaration of Independence, re-write the Constitution, and reverse the focus from liberty to slavery. If that takes hold, the quest for purpose effectively ends, from vision to apology, from a nation to quarreling “identities,” from the future to history.

But if America is to revive a purpose in the world then, like Coach Lombardi, it must define what it means to “win.” What are we here for, what is the “goal,” do we have any purpose at all? The country must also rise “to the occasion,” from micro to macro, from incidentals to a larger strategic picture.

Any foreign policy should be judged by how it has advanced its strategic vision. Usually, they have names. For the U.S.: isolation, neutrality, Monroe Doctrine, Manifest Destiny, Open Door, “making the world safe for democracy,” Good Neighbor, containment, Cold War. What is the name of U.S. foreign policy now (guess)?

Without direction, the public becomes consumed by “current events,” both foreign and domestic: “fast-breaking news,” “this just in.” Current affairs lack depth but arouse emotions and for each reason are popular.

Minus a purpose, policy becomes tomorrow’s headline. Any nation that defines itself by its relations with an obscure and distant entity absorbs both those qualities itself. Likewise, a nation that judges itself in the world to what transpired in a phone conversation effectively declares that its head is “in the sand.” Like all the other “Ostriches,” it is both ugly and ungainly.

This is not a pretty picture, and it’s getting worse.

But if all others, good and bad, have failed, why bother?