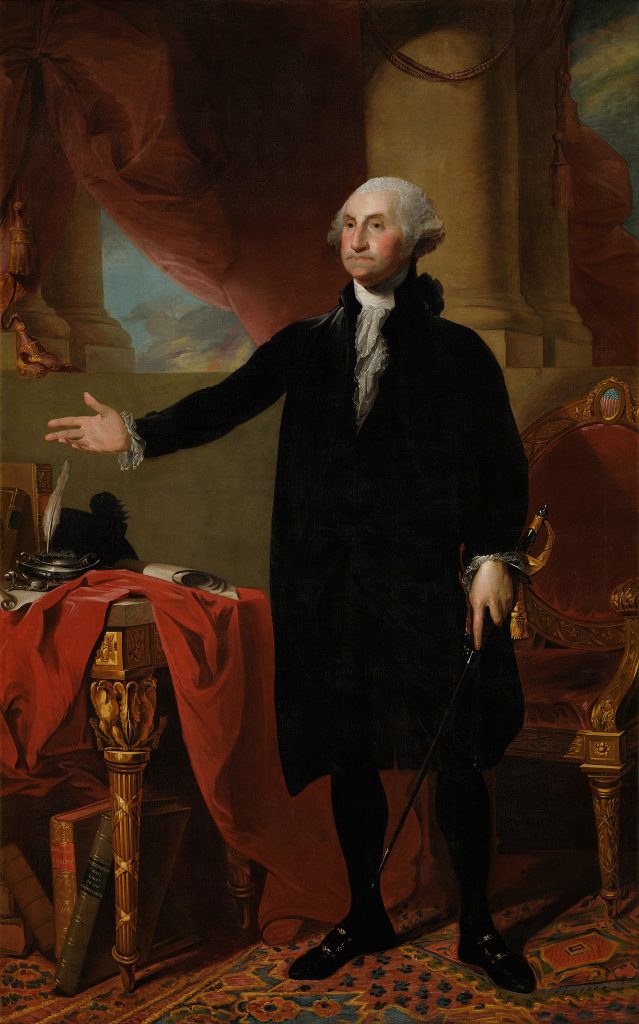 While certainly “subjective,” I would like to begin this essay with an assertion: that George Washington’s Farewell Address, September 17, 1796, remains the greatest political document in American history. While the odds against this claim remain large, they are not helped by the notion that the very first document published on this subject (political “behavior” of the American people) should remain, 226 years afterward, the best.

Rarely is the first opinion on anything “under the sun” considered or “asserted” to be either “final” or so good that it surpasses those that succeeded it, especially considering the tens of thousands of “successors” and the centuries of time that have elapsed.

Aside from my “assertion,” the notion that the Farewell Address was the “first” of its kind is indisputable. While the first version was written by James Madison in 1792, when Washington considered retiring, the second, revised with the help of Alexander Hamilton, represents the first major paper drafted by a sitting President as a formal statement on American political principles.

Washington actually postponed retirement due to the regional and political disturbances against him, due mostly to the emergence of sectional and party divisions that threatened to destroy the country in its inception. He felt that retirement would lead to political chaos and destruction of unity, with the Farewell Address his final admonition for political survival.

That he succeeded is quite obvious. The reasons why, in summary, consist of the following two explanations:

Overall, it seems, that “time has stood still,” and that the issues faced in 1796 are still here, and still unsolved. Which makes the Farewell Address, “timely,” as follows:

Washington’s advice here stems almost directly from the geopolitical realities of America’s position separated by 3,000 miles of ocean from Europe, the center of both war and peace for the world: “Why forgo the advantages of so peculiar a situation? Why quit our own to stand upon foreign ground? Why, by interweaving our destiny with that of any part of Europe, entangle our peace and prosperity in the toils of European ambition, rivalship, humor, or caprice?”

Technically, Washington was not an isolationist and recognized that future possibilities might serve to make the U.S. a global power: “the period is not far off when we may defy material injury from external annoyance … when belligerent nations will not lightly hazard the giving us provocation; when we may choose peace or war, as our interest guided by justice shall counsel.”

Washington emphasized the need for unity, as the essential attribute for any future, be it isolation, intervention, foreign or domestic: “The unity of government which constitutes you one people is also now dear to you. It is justly so; for it is a main pillar in the edifice of your real independence, the support of your tranquility at home, your peace abroad, of your safety, of your prosperity, of that very liberty which you so highly prize.”

As with contemporary circumstances, there were in the eighteenth century threats to the very unity that the country needed to survive. And Washington understood these enemies: “But as it easy to foresee that, from different causes and from different quarters, much pains will be taken, many artifices employed, to weaken in your minds the conviction of this truth; … it is of infinite moment that you should properly estimate the immense value of your national Union to your collective and individual happiness; that you should cherish a cordial, habitual, and immovable attachment to it.”

Washington understood that the “bottom line” in America’s survival and prosperity was the political doctrine Liberty, as enshrined in the Declaration of Independence: “Interwoven as is the love of liberty with every ligament of your hearts, no recommendation of mine is necessary to fortify or confirm the attachment.”

Washington was well aware that the appeal to “nation” versus sectional values was essential for continuity: “The name of American, which belongs to you, in your national capacity, must always exalt the just pride of patriotism more than any appellation derived from local discrimination.”

As opposed to European governments, often supported by

armies, Washington understood the dangers of the military in politics: “Hence likewise they will avoid the necessity of those overgrown military establishments which, under any form of government, are inauspicious to liberty, and which are to be regarded as particularly hostile to republican liberty.”

As are many today, Washington opposed the accumulation of public debts: “ … avoiding likewise the accumulation of debt, not only by shunning the occasions of expense, but by vigorous exertions in time of peace to discharge the debts which unavoidable wars may have occasioned, not ungenerously throwing upon posterity the burden of which we ourselves ought to bear.”

One gets the sense that the Farewell Address was written against political parties, the source of much of the disunity of Washington’s America: “…the common and continual mischiefs of the spirit of party are sufficient to make it the interest and the duty of a wise people to discourage and restrain it. It serves always to distract the public counsels and feeble the public administration. It agitates the community with ill-founded jealousies and false alarms, kindles the animosity of one part against the other, foments occasional riot and insurrection. It opens the door to foreign influence and corruption, which find a facilitated access to the government itself through the channels of party passion.”

Sound familiar? “There’s nothing new under the sun.”