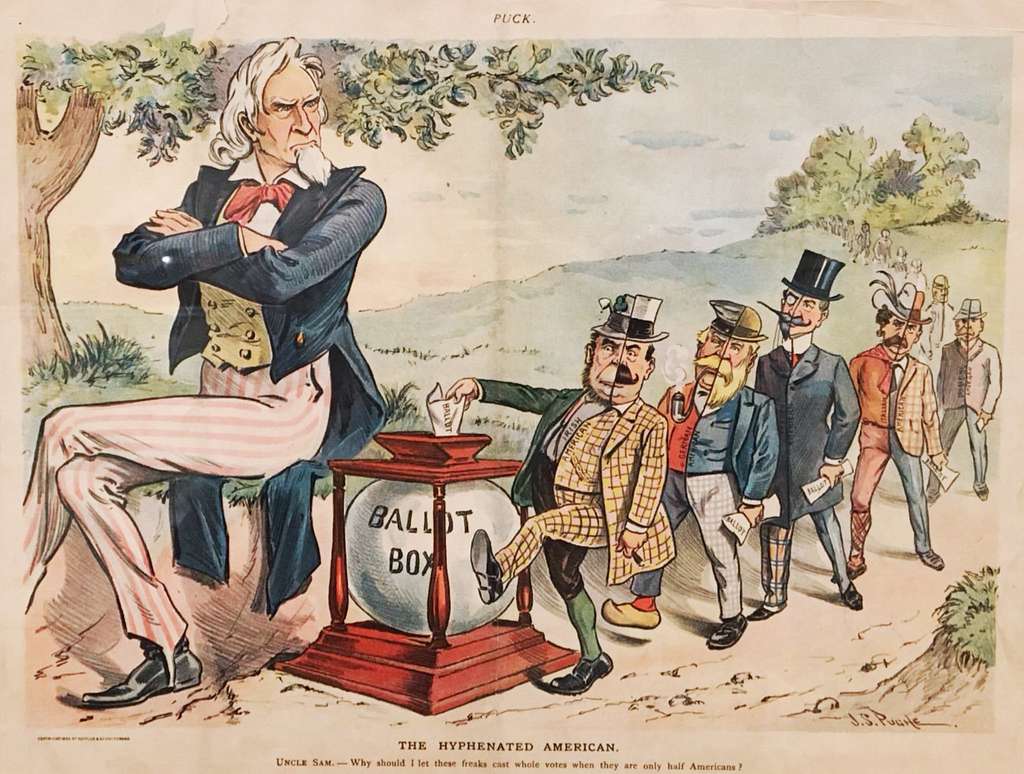 That the “identification” issue is at the heart of America’s problems, at first glance, seems to be a simplified and misleading appreciation of the many and varied issues that have plagued the country from the beginning. Yet “identity” has always been the issue, again, from the beginning.

While generally unknown to the public, the American Revolution against British rule in 1776 was an operation by the “few” against the “many.” Estimates of the numbers of active “insurgents” or true “revolutionists” in the Revolutionary War rarely exceeded 20%. Most all “Americans” of the time opposed the break with the Crown and preferred to stay loyal to King George. These “Loyalists,” or “Tories,” as they were called, either profited from allegiance to Britain or opposed violence against it. This provoked America’s first “civil” war against each other – one of many for the future and one that, by some definitions, continues to this day.

The minority Patriots (as they were called) had little patience with their domestic opponents. Mobs besieged both real and alleged Loyalists and forced the resignation of many who remained loyal to the Crown. The Reverend William Clark, for example, described one such mob that terrorized his area of the state:

“A cruel and relentless mob of several thousands, have rose in arms at a time with the most hostile intentions against those who hold a place in government, nay, to such a pitch of madness have the people arrived that we are now forbidden not only to speak but to think.”

The Loyalists as a group preferred appeals to logic, rational persuasion, authority, and constitutionalism. But since the times were revolutionary, it was the Patriots, not the Loyalists, who were generally able to capture the momentum of American history. Professor Bailyn (Harvard) has summarized the social and political failings that condemned America’s Tories to be among history’s all-time losers:

“Committed to the moral as well as the political integrity of the Anglo-American system as it existed, the Loyalists were insensitive to the moral basis of the protests that arose against it … They did not sense the constriction of the existing order, often because they lived so deeply within it, or the frustration it engendered in those who failed to gain the privileges it could bestow. They could find only persistent irrationality in the arguments of the discontented and hence wrote off all of their efforts as politically pathological… They were outplayed, overtaken, by-passed.”

If this were written today, would it not suffice to distinguish the two “sides” (red-blue) that are dividing the country we live in, just as it did so many years before, when the colors were blue-gray?

Just as the Patriots were able to gather unto themselves the “momentum” of the time, often by sheer persistence and initiative, so, too, have the “revolutionaries” of today through similar attributes. Mathematically, they, like the rebels before them, constitute a small minority but have exceeded their numbers throughout the social order: media, schools, entertainment, business, clergy, and even sports.

Apparently, as in sports itself, momentum is entirely with the “offense,” never by the “defense.” If America was based upon slavery, an absurd proposition at face value, why is The New York Times’ “Project 1619” (which asserts that) and Critical Race Theory (equally preposterous) so dominant in the culture?

One thing is certain: neither of these could possibly prosper without the “revolutionary” instinct, a phenomenon as ancient as history itself. Truly, America was “born” in revolution, and revolution still persists (rational or not).

In today’s culture, the divisions constitute a “hyphenated” society in which sections are preceded by one or the other adjective: colors (black, white, yellow, red, blue), pronouns (either acknowledged or erased), gender (only two biological but multiplied by sociology into the hundreds), and political (all “isms” from Communism to Nazism, Liberalism, Racism, Sexism are political).

Today’s “Loyalists,” like before, base their “defense” of society on tradition, principle, and stability. As Theodore Roosevelt put it over a century before:

“I stand for straight Americanism unconditioned and unqualified, and I stand against every form of hyphenated Americanism. I do not speak of the hyphen when it is employed as a mere convenience, although personally, I like to avoid its use even in such manner. I speak and condemn its use whenever it represents an effort to form political parties along racial lines or to bring pressure to bear on parties and politicians, not for American purposes, but in the interest of some group of voters of a certain national origin, or of the country from which they or their fathers came.”

On a spiritual/psychological level, the great Jesuit theologian, John Courtney Murray, wrote this in 1960 on identity and America in world politics:

“What is at stake is America’s understanding of itself. Self-understanding is the necessary condition of a sense of self-identity and self-confidence, whether in the case of an individual or in the case of a people. If the American people can no longer base this sense on naïve assumptions of self-evidence, it is imperative that they find more reasoned grounds for their essential affirmation that they are uniquely a people, uniquely a free society. Otherwise, the peril is great. The complete loss of one’s identity is, with all propriety of theological definition, Hell. In diminished forms, it is insanity. And it would not be well for the American giant to go lumbering about the world today, lost and mad.”

While “insanity” may be “overdone,” hyphenated people, at the very least, appear “self-serving.” They certainly detract from any national identity, making modern America a “collection” rather than “one.”

Last question: a collection of what?