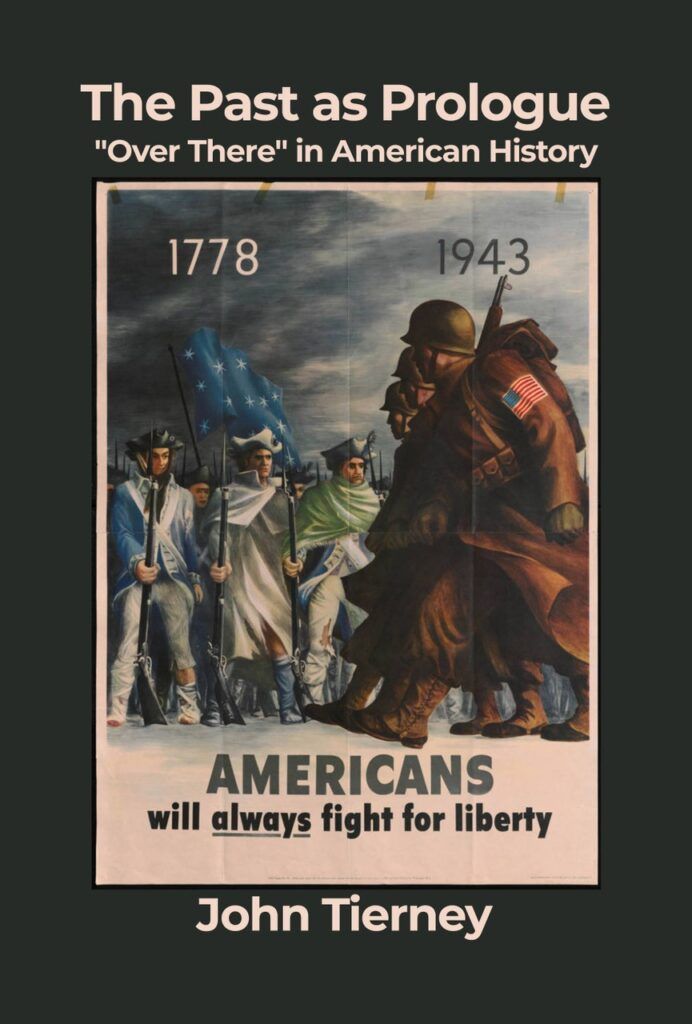 The Past as Prologue: “Over There” in American History, a new book by Dr. John Tierney, has been released by Dorrance Publishing Co., Inc.

The Past as Prologue (“Over There” in American History) is a collection of essays (162) written between 2015 and 2021. The central theme, from the main title, is an attempt to tie history to the present and future on the subject, bearing in mind the recent domestic turmoil to “erase” aspects of “Americana” or to alter the past in order to build a different future.

In this sense, the book is “traditional” insofar as it respects the past as a “prologue” to what comes next. But the hope (“aspiration”) is that the best elements of American history in world politics will serve as guides to what the country can do to provide a secure and free global future.

The essays herein try to remember when Americans won world wars and the Cold War, when they made efforts to both “isolate” themselves from war and conflict and when they, reluctantly, had to “intervene” to establish peace and prosperity where disaster had destroyed both.

In this sense, the book looks “forward” to a better future, where the best elements of history carry forth and where the “other” elements are allowed to develop amidst stability and progress.

Finally, the essays try to resurrect America’s history in world politics, against a background where it has been forgotten, which in history has been called “normalcy.”

The reader may judge if the term applies.

He has published scholarly articles in several US journals and has published opinion articles in the Washington Times, Bridge News among others. His published books include The Politics of Peace (Anti War Protest in US History), Chasing Ghosts (Unconventional Warfare in American History), and Conceived in Liberty (The American Worldview Theory and Practice).

From 1976 to 1981, he was full-time staff in the US House of Representatives, Republican Study Committee, where he organized the bipartisan caucus, Committee for the Common Defense, which included over 30 Members from both political parties. From 1981 to 1993 he served in the US Department of State (Arms Control and Disarmament Agency) where he represented the US in national security at the United Nations (New York), the Conference on Disarmament (Geneva) and other fora in Brussels, Moscow, Vienna and Madrid. He was also an Eisenhower Fellow in Taiwan (1980).

Since 1998 he has been full-time faculty at The Institute of World Politics, Washington D.C., where he has been both Faculty Chairman and Dean. He is currently Professor Emeritus.