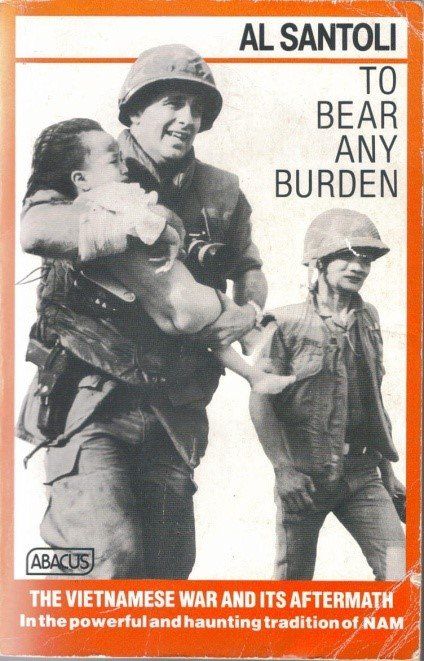 Below is an excerpt from a review by Combat Magazine.

Santoli, a combat veteran of the war, displays a knowledge and insight not only in selecting interviewees, but also exacting statements of import and significance, too often overlooked by compilers of oral histories. This distinguishes his work from those content to dwell upon the horrors of war while overlooking Viet Nam’s unique aspects in history. It is easy for anyone to interview a combat veteran, reveal that war is indeed Hell (big surprise!), yet fail to provide any historical understanding of the forces that forged and molded that history. In these instances, larger questions remain: Why was the war fought, how, and with what overall impact?

Unlike some oral history compilers, Santoli does not limit his book to the accounts of American combat veterans; nor does he follow the typical question-answer format. He instead provides experiences, views and thoughts of Americans, Southeast Asians, and civilians, that focus on matters beyond the chaotic insanity of combat, descriptions of which do not dominate the book. Of the eighty-seven separate narratives, provided by forty-eight different people, just over half are from Americans, the remaining come from Southeast Asians themselves, including a number of former VC or NLF supporters and sympathizers who uniformly express dismay at and disgust with the eventual outcome. Santoli has also astutely included some non-veteran, non-military women, who one way or another came to have direct and enduring experiences with Viet Nam’s tortured history; the accounts of refugee worker Berta Romero, POW/MIA wife Janis Dodge, and human rights activist Ginetta Sagan are welcome and insightful additions to the work.

Several recognizable names are included in the mix, to include General Edward Lansdale, Peter Braestrup, Eddie Adams (who discusses his famous photograph of Colonel Loan’s summary execution of a VC assassin), Colonel Harry Summers, and former PRG Minister of Justice Truong Nhu Tang are among the contributors. All were and remain well known to informed students of the war. No high-ranking policy makers are included, which has proved to be a wise decision as few have shown any great depth of knowledge about the war’s essence, and too often dwell upon generalities and/or abstruse political sub-topics having little bearing on the hows, whys and wherefores of the war. At the same time, Santoli’s selection of lower rankingsubjects was astutely done and with great forethought, producing a selection of people with knowledge, maturity, humanity, and, as Santoli spells out in his preface, values worthy of emulation.

It is a superb book for anyone new to the subject, especially younger students, expressing an interest and asking “What was it all about?” Of additional benefit is the fact that uninformed readers may be inoculated from the curse of being Karnowized or Sheehanized, seduced by the white noise of simplistic and frequently insipid drivel passed off as history. It will also be welcomed by Southeast Asia veterans who may have served in Laos, yet do not grasp Viet Nam’s intricacies. Likewise, the CTZ-I/MR-I combat U.S. veteran, or USAID folks, will gain insight into what happened before and after he or she served, as well as a glimpse of things Laotian or Cambodian. This reviewer has not encountered anyone who has read the book and not found it a valuable bookshelf addition.

Please click here to order this book on Amazon.