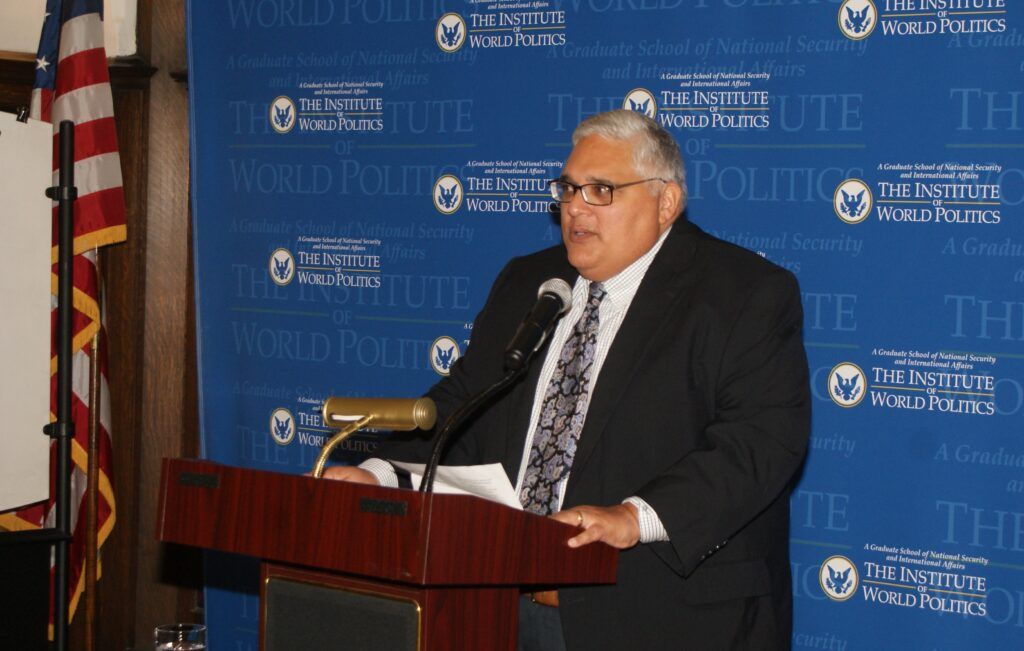 Vangala Ram is an intelligence and Foreign Service professional, retiring from the U.S. Foreign Service as a Senior FSO recently, after a distinguished twenty-seven career, earning several awards along the way, such as the Superior Honor Award (SHA).

He is currently an Associate Adjunct Professor at the Walsh School of Foreign Service, Georgetown University and is an active-duty Veteran of DESERT STORM. Professor Ram was an active-duty MI Officer in the U.S. Army for over ten years.

Mr. Ram is married to a fellow FSO at the State Department and his foreign languages include German, Russian, Arabic, and Persian-Farsi. Mr. Ram was one of IWP’s earliest students in 1992.