“America’s global political acumen will be decisive to our future in this interconnected world.  No facility in the world prepares students for international political leadership as precisely or as well as The Institute of World Politics.”
-Amb. Barbara Barrett 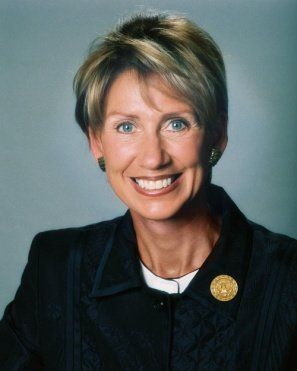 Ambassador Barbara Barrett wholeheartedly believes in the mission of The Institute of World Politics.  What’s more, she invests her time, talent and resources to help IWP fulfill this mission.

She enriches IWP by making introductions to potential students, speakers, donors and even employers.  Her efforts help expose IWP’s coherent and comprehensive program to people and enterprises who have an interest in foreign affairs.

Professionally, Amb. Barrett has implemented some of IWP’s core principles.  While she chaired the U.S. Advisory Commission on Public Diplomacy, IWP’s President John Lenczowski testified before the Commission.  She says, “Dr. Lenczowski’s insights were so potent, focused and insightful that the Commission invited him to return for an unprecedented encore.”

Before assuming her post as Ambassador to Finland in April 2008, Ambassador Barrett received briefings from IWP professors – in addition to her routine State Department briefings.  She observes, “I admire all of the IWP leaders with whom I have met over the years. They are wise and caring professionals who know their mission thoroughly and convey their enthusiasm along with their insights.

In Finland, Amb. Barrett was an icon of public diplomacy excellence.  She bicycled the southern coast of Finland from the far southwest corner to the country’s eastern border with Russia.  Inspired by her first biking experience, she went halfway up the country and biked back across Finland, logging over 900 kilometers mostly during July and August weekends.

Along the way, she visited power plants, refineries, sawmills, paper mills, hospitals, universities, shops and businesses.  Most importantly, she met Finns.  She learned Finland’s educational, cultural, economic, political and military history by visiting relevant sites and hearing about it from Finns.  Though over the years she has been featured in various New York Times or Washington Post articles, she seems to take greater pride from when Reindeer Herder’s Magazine chronicled her winter reindeer roundup with Sámi friends on some of the coldest and shortest days of the year.

Ambassador Barrett also was attentive to Russo-Finnish relations.  Finland knows Russia, which is understandable considering that they have Europe’s longest border with Russia.  In 1939 Finland was invaded by the Soviet Union.  A remarkable 20 percent of Russia’s imports enter Russia from Finland.  During her tenure and with her involvement,  Admiral Michael Mullen, Chairman of the U.S. Joint Chiefs of Staff, met with his Russian military counterpart in neutral territory – Finland.  She built upon Finland’s role in Afghanistan and was grateful when Finland announced it would strengthen its presence in Afghanistan including the establishment of an Embassy in Kabul.

Currently, Amb. Barrett is continuing her international activity, but now she is in Star City, Russia where she is in training as the backup astronaut for the September 30 Soyuz TMA-16 flight to the International Space Station from Baikonur Cosmodrome in Kazakhstan.  Soyuz TMA-16 will orbit Earth for two days, spend ten days docked at the ISS conducting experiments, and then return to Earth via parachute.

Amb. Barrett says that she is “thrilled with the education” she is receiving at Star City.  In four months, she is undertaking coursework that most astronauts study over the course of several years.  She is in class for 10-12 hours a day, sometimes six days a week.  But first she underwent medical and physical exams by about eighty doctors who formally evaluated all findings and announced she was fully fit for spaceflight.  In a July telephone interview to her Star City dormitory, she reported, “Today, I spent four hours in a space suit inside the Soyuz mock-up simulating a Soyuz launch.”

In October, she expects to return to Arizona and her professional work, as well as Triple Creek Guest Ranch in Montana, a small luxury resort owned by Amb. Barrett and her husband, Craig.

The Institute is truly grateful to count Ambassador Barbara Barrett among its friends and supporters. 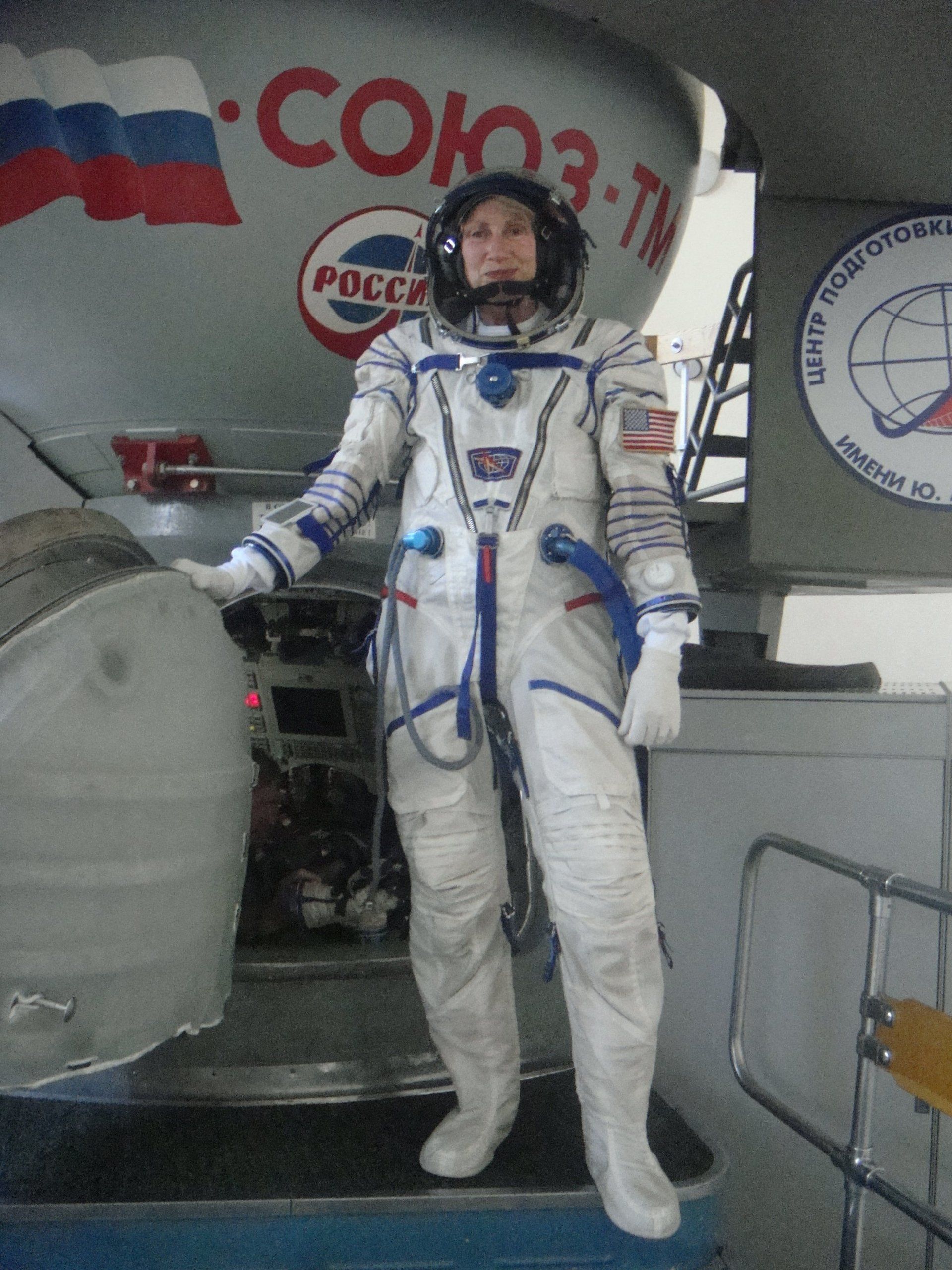