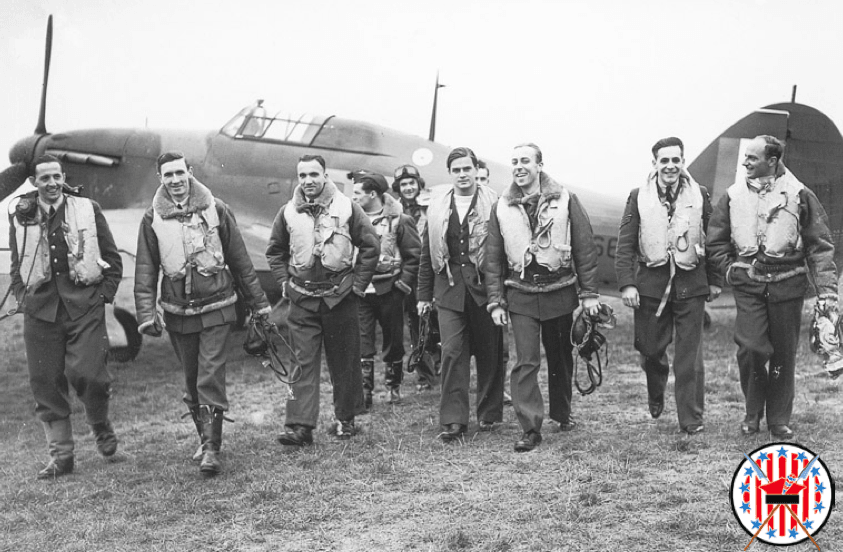 FIGHITNG FOR YOUR FREEDOM… AND OURS

Join the 303 Squadron Club, supporting the Kościuszko Chair of Polish Studies at The Institute of World Politics.

Of the “few,” they were the finest.

Originating from the American Kościuszko air combat unit of 1919-1921, Number 303 “Kościuszko” Polish Fighter Squadron was one of 66 Allied fighter squadrons that flew and fought in the Battle of Britain. Though 303 Squadron entered the battle two months after it began, the Polish fliers scored more aerial combat victories in the Battle of Britain than any other squadron.

Composed of Polish exiles fighting for the freedom of their homeland and the Allied cause, by the end of the war 303 Squadron had flown its Hurricanes, Spitfires, and Mustangs on almost 10,000 combat sorties, shooting down 297 enemy aircraft. 303 Squadron’s badge is proudly displayed as the symbol of the Kościuszko Chair of Polish Studies at The Institute of World Politics.

Members of the 303 Club support the teaching and scholarship of the Kościuszko Chair by pledging a minimum of $50 per month ($600 per year). Donations may be made by check or credit card.

Please consider supporting the Kościuszko Chair through the 303 Club in its work of preserving the integrity of Polish history and its vital lessons for the health of free societies.

For more information or to join, please contact advancement@iwp.edu.