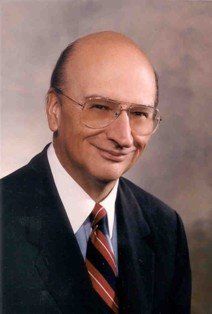 John Castle, a generous supporter of IWP, is a fascinating and multifaceted person who, in his capacity as businessman, friend and supporter of education, and adventurer, finds giving to IWP both rewarding and effective.

Although many IWP students and professors are international travelers, they would all be impressed by the extent and nature of Mr. Castle’s adventures.  He has landed on both the North and South Poles, journeyed to the base of Mount Everest, and has sailed around the world in a 42-foot boat.  Also, Mr. Castle has completed a unique 5,000-mile riverine crossing of the United States aboard a 15-foot dinghy: in 2006-2007, he traveled the entire 3,100-mile route of the Lewis and Clark water expedition, and in 2007-2008, he completed the crossing by motoring from New York Harbor to St. Louis by river in the same small inflatable.

Mr. Castle’s main professional focus has been in the fields of business and medicine.  Having owned or controlled many companies, including Delaware Management, Ethan Allen, Ames True Temper, Sealed Air Corporation, and restaurant chains such as Perkins, Marie Callender’s, and Morton’s Steakhouses, Mr. Castle is the Chairman and Chief Executive Officer of Castle Harlan, Inc., a private merchant bank, which has more than 42,000 employees.  He has been involved with the Whitehead Institute for Biomedical Research for 12 years, and is the publisher of America’s Top Doctors, as well as 13 medical books that help doctors prepare for their medical boards.  He has served on the boards of five hospitals, including New York Presbyterian Hospital, which is among the largest not-for-profit hospitals in the world.  He was also an executive committee member of The Joint Commission, which accredits most hospitals in the United States.

That said, Mr. Castle has been extensively involved with the sphere of education.  For instance, he serves as a lifetime trustee of the Massachusetts Institute of Technology, and for eleven years was Chairman of New York Medical College.  He has been a member of various Harvard University Visiting Committees, including the Harvard Business School.  He has also served on the Board of overseers at the University of Pennsylvania Law School, and has endowed the Castle Lectures on ethics, politics, and economics at Yale University.

Mr. Castle is also an avid lifelong learner.  Having attended MIT for his bachelor’s degree and Harvard for his MBA (where he was recognized as a Baker Scholar with High Distinction), he has also received two honorary Doctorate degrees.  Having been involved so extensively in education, Mr. Castle finds a compelling argument to donate to IWP in the fact that, as he puts it, “there are few, if any, other organizations that focus on this area of professional development.”

A true businessman, Mr. Castle is also highly conscious of using his money in the most effective manner possible.  He knows that IWP is training people for essential positions in national security and international affairs, and he feels that his dollars are used efficiently at IWP:

“[IWP] is providing something extremely valuable and necessary, and it does a great deal with very limited resources.  So often in the modern world, you can give a lot of money, for which you get very little… And a little goes a long way at IWP.”

Mr. Castle was introduced to the Institute by Faith Whittlesey, a longtime friend and former trustee of IWP.  He says that what first intrigued him about the Institute was her opinion of it.  He remarks, “She had very strong feelings both about IWP’s commitment to the area of training professionals [of statecraft and national security], and about building a strong ethical foundation in this base of people.”

Mr. Castle, the students of IWP would like to thank you for helping make possible their education and subsequent greater effectiveness in their professional lives.