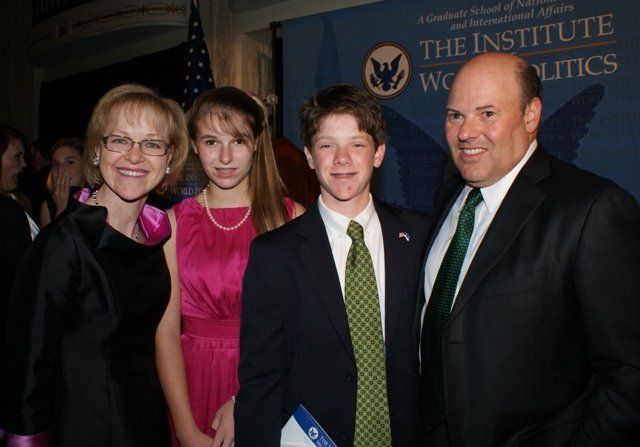 IWP is grateful to all of its supporters who are helping IWP grow and continue its mission of preparing the next generation of leaders.  The gala celebration of IWP’s 20th anniversary, however, would not have been possible without the dedication of two particular supporters and friends of IWP – Louis DeJoy and Amb. Aldona Wos.

Amb. Wos, as IWP’s Gala Chair, worked tirelessly to organize, promote, and orchestrate the gala, which took place in April.  She and Mr. DeJoy raised enthusiasm and excitement about the event and the work of IWP.  They even put their twins Ania and Andrew to work helping pick out flowers for the event and reviewing the event program.

It is incredible that Mr. DeJoy and Amb. Wos find time to devote to IWP, as their professional lives are already so full.  Mr. DeJoy, the first of his family to receive a college degree, is an entrepreneur, and, since 1983, has served as CEO of New Breed Logistics, a supply-chain and distribution center operations company.  Under his leadership, New Breed has grown from a company of 20 employees to a company with over 7,000 employees and over $600 million in revenue.  New Breed is the 15th largest privately held company in the state of North Carolina as ranked by Grant Thornton.

Mr. DeJoy is a former Ernst & Young Entrepreneur of the Year for North and South Carolina and serves on the Boards of the Moses Cone Health System, Elon University and The Fund for American Studies.

Amb. Wos’ career has also been full, as she has been in both the medical and diplomatic professions.  Although the two professions seem that they would require completely different skill sets, Amb. Wos has used her talents to deal with people and problems, and, in her transition in her career as Ambassador to Estonia, Amb. Wos found that, “Having worked many years with patients from all walks of like and from every possible background, it was much easier to figure out how to work with people who are different than you.  Respect for others and knowledge of different cultures are an essential part of both professions.”

Here she describes how she changed career paths:

“When I was much younger, I had wanted to be a diplomat. Being a foreign-born national and a female, my parents did not think that was entirely realistic, so they directed me towards medicine. At the height of my medical career, I moved to North Carolina with the children to join my husband.

“At first, I was simply too busy setting up our new home, and I never went back to medicine.  I channeled my interest and energy into NGO boards, the arts, and special educational events.  After one of my events about The Polish Christian Experience in WWll, I received a Presidential appointment to serve on The United States Holocaust Memorial Council.

“One day I received a call from Senator Elizabeth Dole asking me to help her with the upcoming Senate race. Even though I had no experience in being part of a Senate campaign, I successfully headed her Women For Dole Campaign. This led to the next opportunity, which was to be the State Finance Chair for President Bush. Soon after taking on that task, I was asked to serve our Country as a United States Ambassador.

“I would say that if you have pride in your work and do it well, other opportunities will follow.”

As Ambassador to Estonia, Amb. Wos devoted special time and attention to public diplomacy, winning the hearts and minds of the next generation of Estonian leaders – an effort that IWP applauds, as public diplomacy is a vital but often neglected tool of statecraft.  As a former doctor with a medical degree from Warsaw Medical Academy, she also worked to promote health in Estonia, including HIV/AIDS prevention. She has received the Ellis Island Medal of Honor and awards from the President of Estonia and the President of Poland.

Amb. Wos has given her time to IWP by sharing her experiences in a lecture to Institute students, interns, faculty, and friends.  Supporting IWP is important to Amb. Wos, particularly after her life experience:

“As a child of a concentration camp survivor and Righteous Among the Nations, I was taught from childhood the need to respect others and fight for your beliefs.  Growing up under Communist rule, I quickly understood that freedom is in the soul of man.  We must cherish and preserve the freedoms that we have in the United States and preserve them for the next generations.

“IWP’s focus on history and ethical and moral conduct of statecraft that is based on an appreciation of American founding principles is truly the foundation for our future leaders. It is at IWP that students learn to defend our freedom with strength of character, statesmanship, and uncompromised National Security.”

When they aren’t organizing galas and rallying their friends to support national security, Amb. Wos and Mr. DeJoy like to ski, especially in Utah and Colorado.  A true former Ambassador, Amb. Wos loves to travel, because she finds it an opportunity to learn about other cultures.  In addition, “It is a wonderful way to learn about yourself and your own country. Sometimes it is easier to see clearly from a distance.”

IWP is grateful for the time, talent, and resources that Mr. DeJoy and Amb. Wos have put toward the gala and towards IWP. 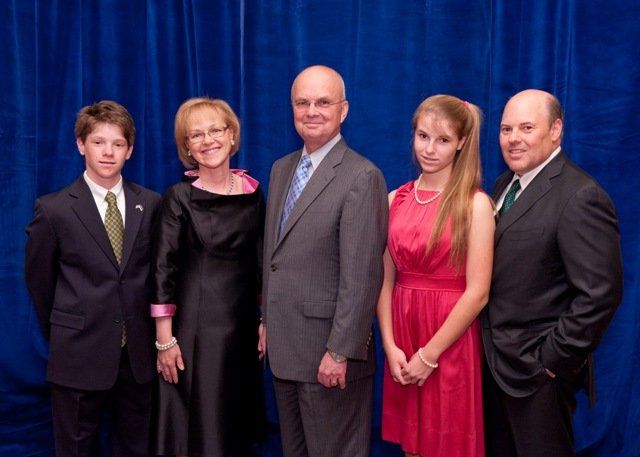