You are cordially invited to a webinar presentation on the topic:
Ethiopia in 2021– Tackling Challenges and Looking Toward the Future
with
Bronwyn E. Burton, Yoseph Badwaza, Besu Feleke, Dr. Gedion Timothewos Hessebon, and Professor Jon Abbink 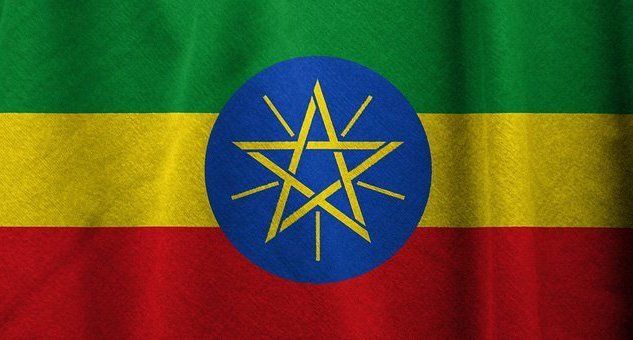 This event is part of The African Strategic Forum sponsored by The Institute of World Politics.

About the lecture: Ethiopia today is at a crossroad, the government of Ethiopia recently launched a campaign to uphold the rule of law in order to keep the peace and security of its citizens. The government is also gearing up to conduct its first election in the Post-TPLF era in June 2021. All eyes will be on the reformist leader Abiy Ahmed, a 2019 Nobel peace prize laureate who promised to bring his nation of over a hundred million people back to its historical prominence by unlocking the country’s untapped natural resources.

Our panelist will analyze the challenges facing the Prime Minister as he embarks on his goal to achieve making Ethiopia a middle-income nation by 2025. One of these challenges currently is the conflict between the federal government of Ethiopia and TPLF leadership in Tigray.

Bronwyn Bruton, a democracy and governance specialist with extensive experience in Africa was a 2008-2009 international affairs fellow in residence at the Council on Foreign Relations (CFR). She was born in Swaziland and spent most of her childhood in Botswana. Prior to her fellowship appointment, Bronwyn spent three years at the National Endowment for Democracy, where she managed a $7-million portfolio of grants to local and international non-governmental organizations in the east and southern Africa (priority countries included Somalia, Ethiopia, Eritrea, Uganda, Kenya, Zimbabwe, and Sudan). Ms. Bruton has also served as a program manager on the Africa team of the U.S. Agency for International Development’s Office of Transition Initiatives, as a policy analyst on the international affairs and trade team of the Government Accountability Office, and as a program officer at the Center for International Private Enterprise.

Ms. Bruton holds an MPP, with honors, from the University of California at Los Angeles.

Yoseph Mulugeta Badwaza is the Senior Regional Advisor at Freedom House, having formerly served as the Senior Program Officer for Ethiopia.

Prior to joining Freedom House, he was Secretary-General of Ethiopian Human Rights Council (EHRCO, now HRCO), Ethiopia’s foremost human rights organization. EHRCO was most known for its monitoring and reporting on human rights violations including extrajudicial killings, torture, and illegal detentions perpetrated by government security forces throughout Ethiopia. EHRCO also monitored the 2005 elections by mobilizing over 1,200 observers and produced over 150 investigative reports. Due to its critical reporting, EHRCO has been the target of government attacks since its establishment in 1991. When the government adopted the draconian Charities and Societies Proclamation in 2009 these attacks became more systematic and persistent causing Mr. Badwaza and other prominent Ethiopian activists to flee the country.

Once relocated to the United States, he continues to be a leading voice for human rights protection and good governance in Ethiopia through advocacy, policy, and research. In 2010, he won Human Rights Watch’s Alison Des Forges Award for extraordinary activism. He has an LL.B from Addis Ababa University and an LL.M in human rights from the University of Pretoria in South Africa.

Besu Feleke has been a human rights and democracy advocate for 18 years. He is on the board of Friends of Angola, PRO Leadership Inc, Global Innovation Network, Senior Policy Advisor at Solidarity Movement for New Ethiopia, and Community Advisor to the Chief of Police in Alexandria, Virginia. Besu works in various Peacebuilding initiatives and programs in the US and Africa. Besu holds an M.S. from George Mason University in Conflict Analysis and Resolution, a B.S from Radford University, and a B.A. from The American College of Greece.

Professor Jon Abbink is an anthropologist-historian and carries out research on the history and cultures of the Horn of Africa (Northeast Africa), particularly Ethiopia.

He has done a number of research projects, the first one being a study of Ethiopian immigrants in Israel in the 1980s. His current projects are a socio-cultural history of South Ethiopia, a historical-cultural study of the relation between governance, political culture, and religious discourse, and an ethnological study of southwest Ethiopian ethnic groups, livelihoods, and conflict. He is also interested in theoretical and epistemological issues in social science.

Since 2001 Jan Abbink has been Professor (extraordinary) of African Ethnic Studies at the VU University in Amsterdam. As of 1 September 2017, he is Professor of Politics and Governance in Africa at Leiden University. Prof. Abbink is the Chair of the Researchers’ Assembly of the African Studies Centre Leiden.

About the coordinator and moderator:

Prof. Hashem Mekki, MA, has taught Arabic Language, Culture & Middle East Media at IWP since 2012. He is the owner of Bridge Language Solutions, providing an array of language translation, interpretation and teaching services to the Washington DC metropolitan area, and the founder of Kele Global, a nonprofit organization that promotes education, health, and economic empowerment in the Sudan and the Republic of South Sudan. He also teaches Arabic language to federal employees & professionals at the National Nuclear Security Administration at the Department of Energy. Mr. Mekki volunteers with the IWP Center for Human Rights and International Affairs by providing Arabic translations & strategic cultural perspectives on North Africa and Middle East. Mr. Mekki previously worked with the Center for Strategic and International Studies and served on the board of Voices of Sudan, a nonprofit based in Washington, D.C. Prof. Hashem Mekki is a host of Momentum Africa Podcast. He holds Bachelors degrees in both Political Science and International Studies from the City College of New York, and a Master of Arts in Strategic Studies and International Politics from IWP.