You are cordially invited to a special discussion with

On the topic of
A Chaplain in Combat: Thoughts and Reflections

This lecture is part of IWP’s Distinguished Military Speakers Series. 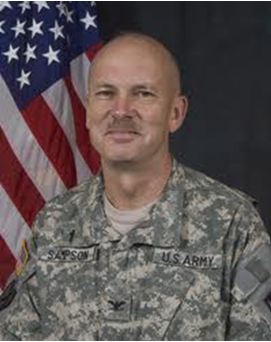 Chaplain Sampson, son of Glenn and Rosetta Sampson, was born in Inglewood, California. He is an ordained pastor in the Reformed Church of America.

Prior to joining the Army Chaplaincy, he was coach, Bible teacher and Chaplain at Southern Normal School in Brewton, Alabama. While at Southern Normal, he met his wife, Kathryn Stewart Boyce Sampson. The Sampson’s have two children, Michael (29) and Jennifer (26).

Chaplain Sampson’s hobbies include traveling, working out, and reading.