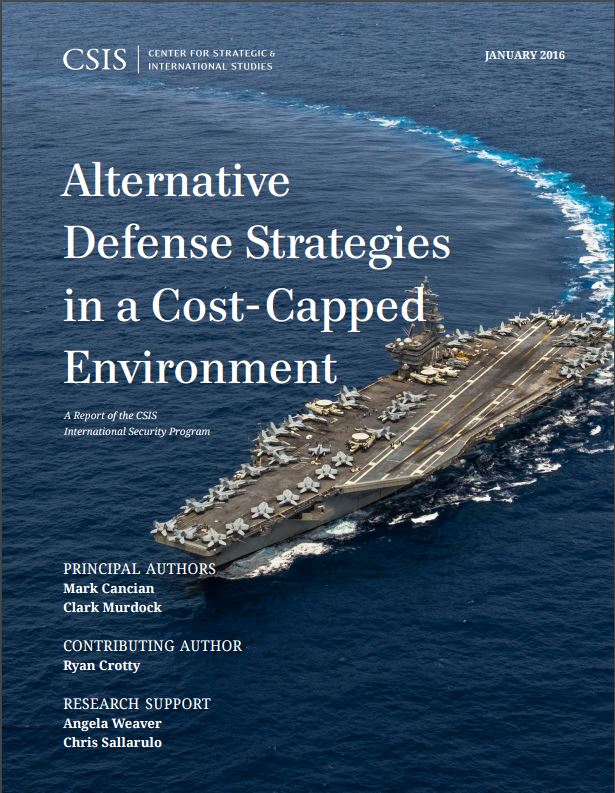 About the lecture: The next administration will face tough choices in aligning strategy, programs, and resources.  Strategy has stretched to counter an aggressive Russia, an assertive China, and a ruthless Islamic State while resources have been constrained by the Budget Control Act and competition from domestic programs.  Alternative Defense Strategies in a Cost-Capped Environment examines options for strategy and forces in a cost constrained environment. The study identifies five alternative strategies and, using CSIS’s Force Cost Calculator, builds a cost-capped force structure, modernization program, and readiness profile for each strategy. It examines the strengths and weaknesses of each strategy against plausible conflict scenarios. The study explores potential ways to mitigate the fiscal pressure forcing these strategic trade-offs. It concludes by making recommendations for the FY 2017 defense budget and the next Quadrennial Defense Review.

About the speaker: Mark Cancian (Colonel, USMCR, ret.) is a senior adviser with the CSIS International Security Program. He joined CSIS in April 2015 from the Office of Management and Budget, where he spent more than seven years as chief of the Force Structure and Investment Division, working on issues such as Department of Defense budget strategy, war funding, and procurement programs, as well as nuclear weapons development and nonproliferation activities in the Department of Energy. Previously, he worked on force structure and acquisition issues in the Office of the Secretary of Defense and ran research and executive programs at Harvard University’s Kennedy School of Government. In the military, Colonel Cancian spent over three decades in the U.S. Marine Corps, active and reserve, serving as an infantry, artillery, and civil affairs officer and on overseas tours in Vietnam, Desert Storm, and Iraq (twice).