You are cordially invited to a book discussion for

with
Dr. Paul D. Miller
Associate director of the Clements Center for National Security at The University of Texas at Austin; adjunct political scientist at the RAND Corporation. 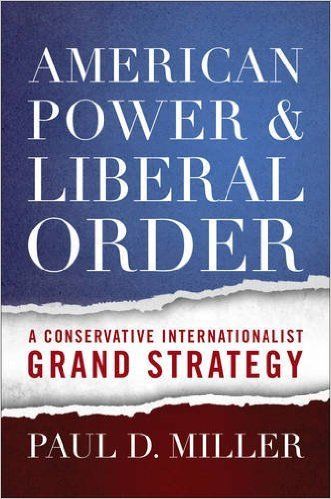 “Paul Miller’s American Power and Liberal Order represents an important contribution to the growing literature on American grand strategy. This book offers a robust defense of strong American leadership and engagement in support of a liberal global order, and it provides a range of specific and often provocative recommendations for how to implement that strategy. Miller’s book deserves a wide reading among those who take an interest in grand strategy and in America’s relationship with the world.” -Hal Brands, Duke University

The wars in Iraq and Afghanistan convinced many policymakers and scholars that the United States should pull back in international affairs and that restraint should guide grand strategy.

Paul D. Miller offers a tough-minded critique of this trending body of thought, arguing that US security in fact depends on active, sustained support of the international liberal order. Paul D. Miller is the associate director of the Clements Center for National Security at The University of Texas at Austin and an adjunct political scientist at the RAND Corporation. He previously held the position of Director for Afghanistan and Pakistan on the National Security Council from 2007 to 2009, worked as an analyst at the Central Intelligence Agency, and served as a military intelligence analyst with the US Army in Afghanistan. He is the author of Armed State Building: Confronting State Failure, 1898-2012.