Among Enemies: Counter-Espionage for Business Travelers 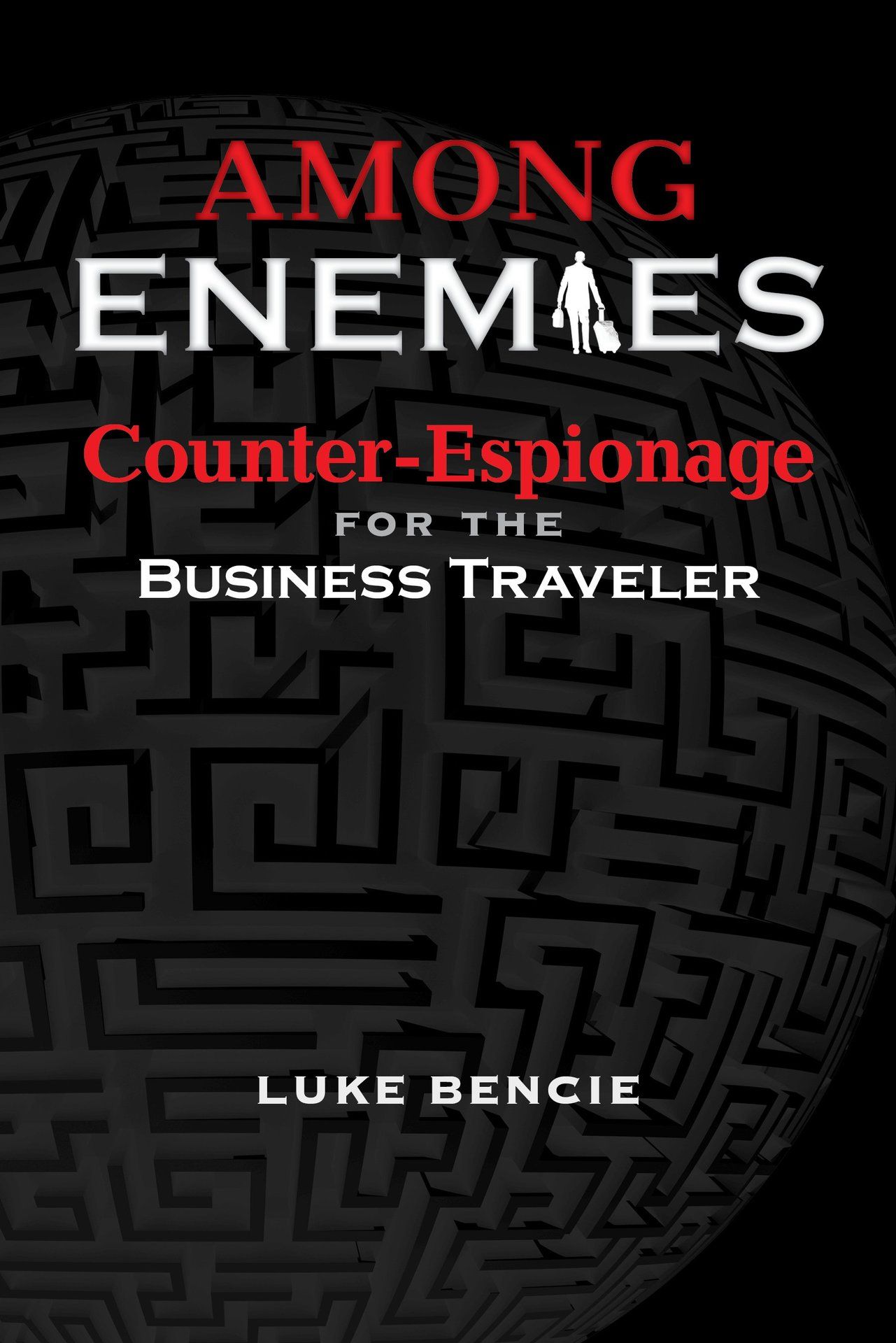 From the publisher: A recent report by a U.S. government commission has concluded that economic espionage has cost American companies over $300 billion in lost intellectual property and competitive advantage. But in Among Enemies: Counter-Espionage for the Business Traveler, globe-trotting business executives can find priceless information to help protect themselves and their precious company secrets from this onslaught.

Written by international security expert Luke Bencie, and featuring a foreword by former FBI Deputy Director William Esposito, Among Enemies offers clear and easy-to-follow techniques to thwart the work of professional operatives – individuals whose job it is to identify and track likely targets for espionage, and whose efforts often begin at the very airport terminals where executives begin their overseas travel.

The techniques described in the book are not only extremely useful, they’re extremely timely. According to The Report of the Commission on the Theft of American Intellectual Property, the scale of economic espionage against American targets “is unprecedented,” and the effects include not only a “tremendous loss of revenue and reward for those who made the inventions or who have purchased licenses to provide goods and services,” but also the loss of jobs due to these illegal acts.

Furthermore, much of this activity takes place overseas, beyond the reach of U.S. law enforcement efforts. Worse, American businesspeople often aren’t even aware they’ve been victimized by espionage operatives.

This scourge isn’t affecting only the largest corporations, the report continues. American companies of all sizes are being targeted. Perhaps most important, the response of the U.S. government to date “has been utterly inadequate to deal with the problem.”

That is why Luke Bencie wrote Among Enemies – to help the 35,000 executives, scientists, consultants and lawyers who pass through the nation’s airports each day to destinations across the globe. “These individuals,” Bencie says, “carry, along with proprietary documents and computer files, the latest in personal electronic gear.” Their goal, he continues, “is to further their interests, improve their bottom line, engage in transactions with foreign partners and maintain their competitive advantage.” But that is only one side of “what has become, along with terrorism, the biggest threat to the economies of free nations since the Cold War.”

On the other side, Bencie explains, “carefully watching most of those travelers are uncounted numbers of espionage operatives.” These individuals work for foreign intelligence services and economic concerns. “They, too, are pursuing a goal,” he says. They are attempting “to separate international business travelers from their trade secrets,” and they are using many of the time-tested techniques employed by professional spies.

Bencie is a veteran of this struggle. He knows intimately the threats business travelers face and how to combat those threats. In Among Enemies: Counter-Espionage for the Business Traveler, Bencie says he has attempted to provide everything businesspeople need to know to protect themselves and their companies from becoming the latest victims of economic espionage.

About the author: For the past 15 years, Luke Bencie has traveled to more than 100 countries on behalf of the U.S. Government as well as for the private defense industry. He has experienced, first-hand and sometimes painfully, the threat of espionage. He has seen the lengths to which foreign intelligence services and other hostile global competitors will go to steal American business secrets.

Mr. Bencie currently serves as Managing Director of Security Management International, LLC, a security-consulting firm in the Washington, D.C. area. Prior to establishing SMI, Mr. Bencie was a Senior Security Consultant for Raytheon Company in the Intelligence and Information Systems Division. In this capacity he supported U.S. Government clientele on national security issues, as well as performed business development in emerging world markets.

A native of Detroit and a graduate of Michigan State University and The George Washington University’s Elliott School of International Affairs, he frequently lectures to defense contractors, U.S. Government agencies and Fortune 500 companies on how to protect themselves and their intellectual property from espionage while traveling abroad. He lives in Northern Virginia.

Book sales will be handled by the International Spy Museum.

Important note: Attendance at all IWP events requires an RSVP in advance. In addition, prospective attendees must receive an e-mail confirmation from IWP indicating that seating will be available for them at the event. A government-issued ID that matches your name on the confirmed attendee list must be presented at the door for admission to any event. The use of photographic and/or recording equipment is prohibited except by advanced permission from IWP, the event organizer, and the speaker(s). IWP is a private organization; as such, all attendees are guests of the Institute.