You are cordially invited to a book event with
Dr. Darren Dochuk
for his book
Anointed with Oil: How Christianity and Crude Made Modern America 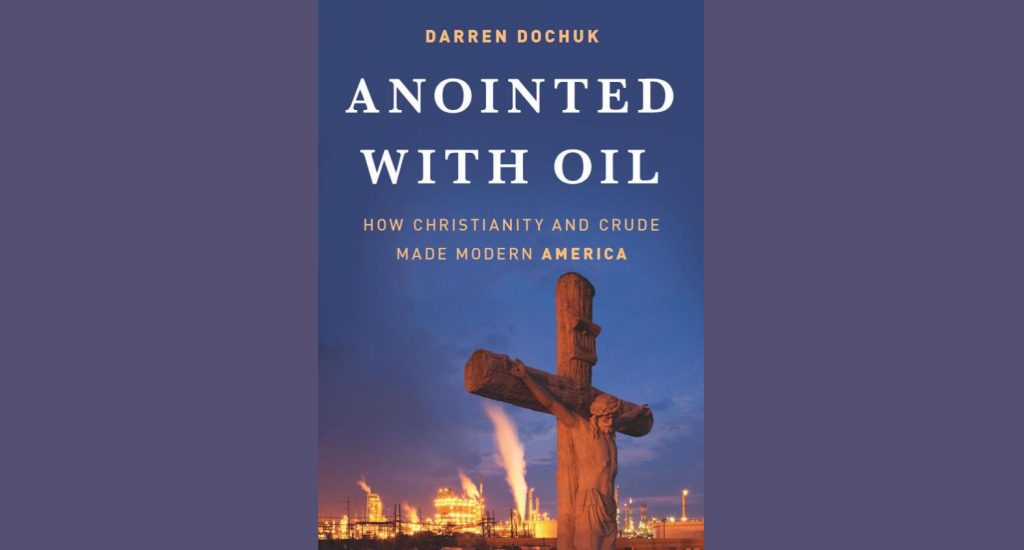 This event is a part of the Global Impact Discussion Series by Founder and Moderator Patricia Schouker, IWP Alumni

About the Book: Anointed with Oil places religion and oil at the center of American history. As prize-winning historian Darren Dochuk reveals, from the earliest discovery of oil in America during the Civil War, citizens saw oil as the nation’s special blessing and its peculiar burden, the source of its prophetic mission in the world. Over the century that followed and down to the present day, the oil industry’s leaders and its ordinary workers together fundamentally transformed American religion, business, and politics — boosting America’s ascent as the preeminent global power, giving shape to modern evangelical Christianity, fueling the rise of the Republican Right, and setting the terms for today’s political and environmental debates.

Ranging from the Civil War to the present, from West Texas to Saudi Arabia to the Alberta Tar Sands, and from oil-patch boomtowns to the White House, this is a sweeping, magisterial book that transforms how we understand our nation’s history.

About the Speaker: Darren Dochuk is Associate Professor of History at the University of Notre Dame. He is author of Anointed With Oil: How Christianity and Crude Made Modern America, recently released by Basic Books, and From Bible Belt to Sunbelt: Plain-folk Religion, Grassroots Politics, and the Rise of Evangelical Conservatism, which received the John H. Dunning Prize from the American Historical Association (for best first or second book in American history) and the Ellis W. Hawley Prize from the Organization of American Historians (best book in post-Civil War political history), and was based on a dissertation that was awarded the Allan Nevins Prize from the Society of American Historians (best dissertation in American history). Darren Dochuk has also edited several other books in American religious and political history. Born and raised in Edmonton, Alberta, he now lives in South Bend, Indiana.