“Chasing Shadows is a tension-filled hunt for an assassin by a tenacious counterterrorism agent who finds that the path to finally nailing the case leads through the FBI, the CIA, Mossad, and the Black September terrorist organization. Thrillers don’t get any better than this, but this spine-tingling story is real.”
-Ronald Kessler, author of In the President’s Secret Service and The Terrorist Watch

For a
Talk, Q&A, and Book Signing

(Please note: there will be no reception following this event.) 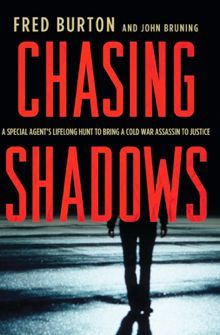 On a warm Saturday night in July 1973 in Bethesda Maryland, a gunman stepped out from behind a tree and fired five point-blank shots into Joe Alon, an unassuming Israeli Air Force pilot and family man. Alon’s sixteen-year-old neighbor, Fred Burton, was deeply shocked by this crime that rocked his sleepy suburban neighborhood. As it turned out, Alon wasn’t just a pilot – he was a high-ranking military official with intelligence ties. The assassin was never found, and the case was closed. In 2007, Fred Burton – who had since become a State Department counterterrorism special agent – reopened the case.

Here, Burton spins a gripping tale of the secret agents, double dealings, terrorists and heroes he encounters he chases leads around the globe in an effort to solve this decades-old murder. From swirling dogfights over Egypt and Hanoi to gun battles on the streets of Beirut, this action-packed thriller looks in the dark heart of the Cold War to show power is uses, misused, and sold to the most convenient bidder. 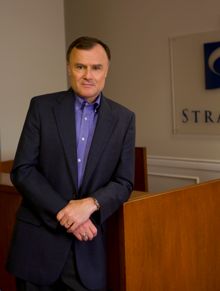 Fred Burton is one of the world’s foremost experts on security, terrorists, and terrorist organizations. He was deputy director of the Counterterrorism Division of the State Department’s Diplomatic Security Service and is currently a vice president at STRATFOR, a global intelligence agency known as the “shadow CIA.” He is the author of Ghost: Confessions of a Counterterrorism Agent and has appeared on the Daily Show, Glenn Beck and Anderson Cooper 360, and on Fox, ABC, and CBS radio. He has also written for the Los Angeles Times, among others. He lives in Austin, TX.