on the topic of
Building Civil Capacity in Iraq:
Lessons from the Past, Prospects for the Future

This lecture is part of IWP’s Distinguished Military Speakers Series. 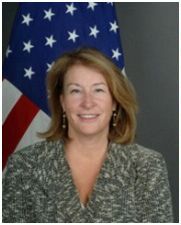 Greta C. Holtz, a career Senior Foreign Service Officer, is the Deputy Assistant Secretary of State for Public Diplomacy and Strategic Communications in the Bureau of Near Eastern Affairs. She assumed this position in June 2010. Prior to this assignment, Ms. Holtz served as Minister-Counselor for Provincial Affairs at the U.S. Embassy in Baghdad (May 2009-May 2010), and ran the U.S. Provincial Reconstruction Teams.

Ms. Holtz entered the Foreign Service in 1985 and has served in U.S. missions in Jeddah, Saudi Arabia, Yemen, Tunisia, Syria, and as Principal Officer in Adana, Turkey. From 2006-2007, Ms. Holtz was the Director of the Middle East Partnership Initiative, managing the State Department’s democracy promotion program in the Middle East. From 2004-2006 she was the State Department’s Coordinator for the Organization for Security and Cooperation in Europe (OSCE).

Ms. Holtz received a B.S. in political science from Vanderbilt University, M.A. in International Relations from the University of Kentucky, and M.S. in National Security Studies from the National War College (2004).

Ms. Holtz speaks Arabic, Turkish, and French, and has been the recipient of numerous State Department Superior and Meritorious honor awards, as well as the Christopher Medallion from the Central Intelligence Agency.

Prior to joining the State Department, Ms. Holtz worked as an intern in the NATO policy office, in the Office of the Secretary of Defense, and as an analyst at the Defense Intelligence Agency. 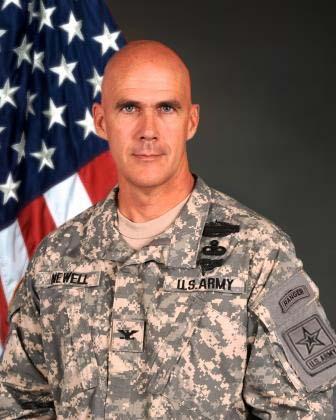 Colonel Peter A. Newell
Director, Rapid Equipping Force
Fort Belvoir, Virginia
COL Newell began his career as an enlisted armor crewman in the 635th Armor Battalion, Kansas Army National Guard in December 1980.  He served in a variety of positions within the battalion before being commissioned as an Armor Officer in December 1985.  Upon graduation from Kansas State University in May 1986, he entered active duty as an Infantry Officer.  COL Newell’s initial assignment was with the 82d Airborne Division, Fort Bragg, North Carolina, where he served as a Rifle Platoon Leader, Company Executive Officer, and Battalion S1 in the 4th Battalion, 325th Airborne Infantry Regiment.  While assigned to the division, he participated in the airborne assault on Torrijos-Tocumen Airport and subsequent combat operations supporting Operation Just Cause in December 1989.

In June 2003, COL Newell assumed command of the 2nd Battalion, 2nd Infantry Regiment, 3rd Brigade, 1st Infantry Division in support of Operation Joint Guardian in Kosovo.  He redeployed the battalion to Vilseck, Germany in July, and then deployed the battalion to Iraq in February 2004 in support of Operation Iraqi Freedom II.  In July 2005, COL Newell relinquished command of the battalion and was reassigned to Hohenfels, Germany as the Senior Infantry Maneuver Observer Controller and subsequently served as the Senior Brigade Observer Controller at the Joint Multi-National Readiness Center.

In June 2008, COL Newell assumed command of the 4th Brigade Combat Team, 1st Armored Division at Fort Bliss, Texas.  The 4th BCT deployed to Iraq in support of Operation Iraqi Freedom X in May 2009 where they served in southern Iraq as the Army’s “proof of principle” for the Advise and Assist Brigade concept.  In July 2010, COL Newell was re-assigned to his current duty as Director, U.S. Army Rapid Equipping Force.

Bob Cassilly has since 2005 served in various positions in support of the U.S. mission in Iraq, including: State Department’s Senior Strategic Planner for Press and Public Diplomacy; Senior Strategic Planner for the Office of Provincial Affairs, Embassy Baghdad; Acting Director of Stability Operations for the Foreign Service Institute in Arlington; Senior PRT Governance Advisor in Karbala Province; Senior Civil-Military Operations Trainer at the Army’s National Training Center, Fort Irwin; and as the Governance and Rule of Law Advisor while serving as a JAG officer (101st ABD) in Tikrit Province.

Other experience includes: eighteen years as litigator in civil and criminal cases in federal and state courts; twelve years elected office as a county councilman, mayor, and commissioner; military service as an active and reserve office in the Infantry (7th ID), JAG (352nd CACOM), and enlisted service with the Army National Guard (20th SF Grp).