You are cordially invited to a book event with
Dr. Jonathan D. T. Ward
for his book
China’s Vision of Victory 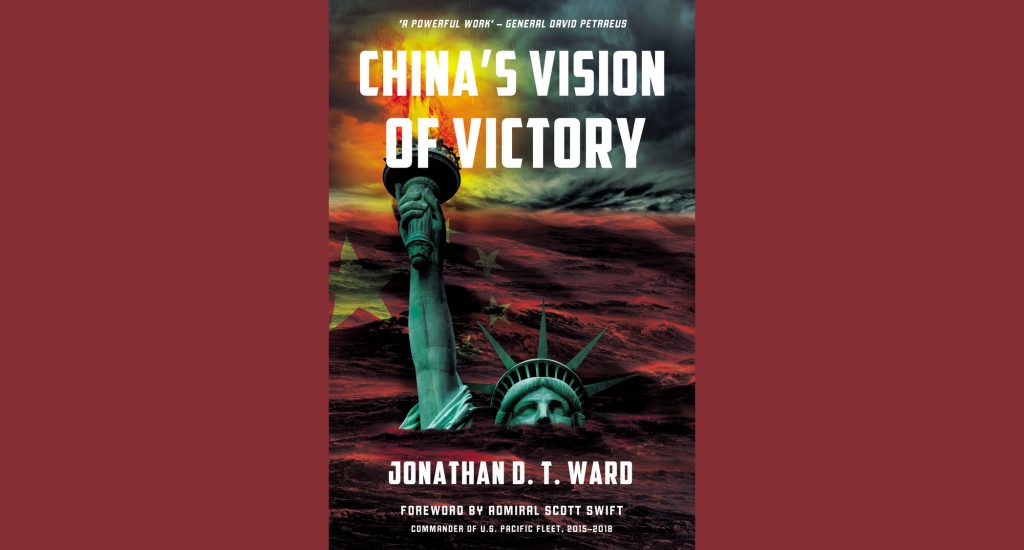 About the book: A path-breaking work on Chinese global strategy, China’s Vision of Victory brings the reader to a new understanding of China’s grand-scale planning and ambitions. From seabed to space, from Africa to the Antarctic, from subsurface warfare to the rise of China’s global corporations, this book illuminates the greatest challenge of our lifetimes – the Chinese Communist Party’s ambition to end the American-led world and to bring about a century defined by Chinese power.

China’s Vision of Victory a is landmark book on Chinese global strategy. It brings together numerous primary sources, both contemporary and historical, unveiling the grand strategic vision of China’s leaders, laying out the ambitions of the Chinese Communist Party and their project for the creation of a new world order, built on the ‘resurrection’ of China’s supremacy among nations. China’s leaders envision a turning point in history, the breaking up of the American-led global order, and the vanquishing of American power in the Pacific and beyond. Only when China has returned to its seat at the head of all nations, both in Asia and around the world, as the supreme power of the 21st Century, can the ‘great rejuvenation of the Chinese nation’ as China’s leaders call it, then be complete.

About the speaker: Dr. Jonathan D. T. Ward is the Founder of Atlas Organization, a consultancy focused on the rise of China and India, the new geopolitics of the Indo-Pacific, and US-China global competition. He completed his D.Phil. at Oxford in China-India relations and has traveled widely throughout China, India, and the Indo-Pacific Region. Dr. Ward has consulted for the Pentagon on Chinese long-term strategy and began studying Chinese global strategy, the Indian Ocean Region, and Maritime Asia for Oxford Analytica, the UK’s leading political risk consultancy.

Dr. Ward’s travels in the Indo-Pacific include traversing the South China Sea on an Indonesian cargo ship, hitch-hiking with truck drivers in the China-India Himalayan border regions, and getting stuck on a mountaintop in the Strait of Hormuz during travels with Omani fishermen in the Persian Gulf. As an undergraduate, Jonathan studied Philosophy, Russian, and Chinese language at Columbia University. He speaks Russian, Chinese, Spanish, and Arabic and has lived in Russia, China, India, Latin America, Europe, and the Middle East.

Dr. Ward is a member of the 2018 Next Generation National Security Leaders Fellowship program at the Center for a New American Security. He is a frequently invited speaker for public and private audiences in the United States, Europe, and Asia, on China, India, and the Indo-Pacific. He is also a Research Associate at the University of Oxford’s Changing Character of War Programme.