You are cordially invited to a presentation on the topic:
Corruption and the Democratic Process in Angola
with
Florindo Chivucute, Hashem Mekki, Kyra Gurney, and Malik M. Chaka 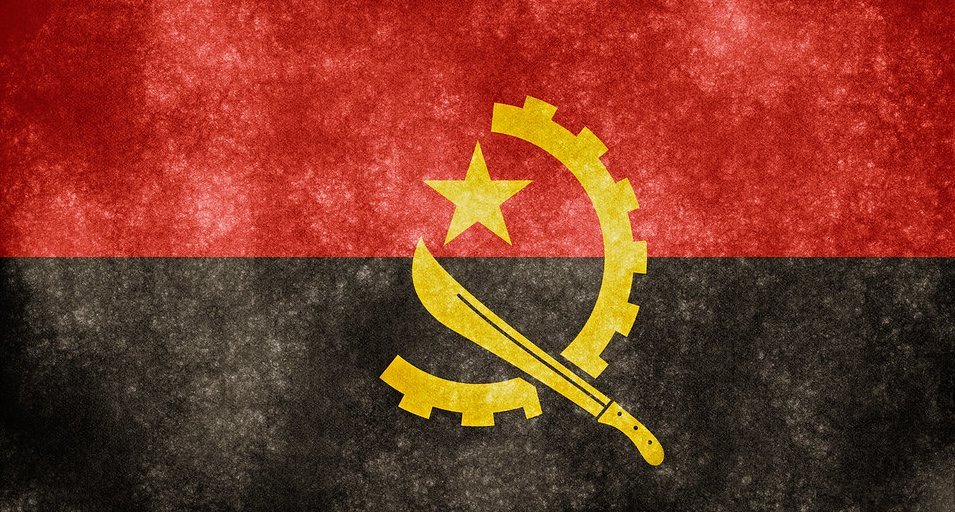 About the lecture: The aim of this lecture is to discuss present and future of Angolan political process and how corruption is undermining the new democratic process in this country.

Florindo Chivucute is the founder and Executive Director of Friends of Angola (FoA), and Radio Angola (an online radio station), activist, blogger and digital media specialist. Florindo earned his Master’s degree in Conflict Analysis and Resolution from George Mason University and has over 5 years of experience working in non-profit organizations, international development, international relations, peacebuilding, and education while being active in the Community of Portuguese-Speaking Countries (CPLP) in the United States. Since founding Friends of Angola in April 2014, he has led the design and implementation of four projects in Angola: Radio Angola (an online radio station hosted by Florindo); Strengthening Nonviolent Civic Engagement Among the Youth; Strengthening Democracy in Angola Through Community Journalism; Zuela Application – a pro-democracy and social networking smartphone app focused on fostering good governance, eradicating corruption, monitoring elections and human right violations and more. All projects were envisioned as part of a larger theory of change (ToC) to strengthen the capacity of civil society, empower women and youth while promoting nonviolent civic engagement by using new and existing technologies in Angola and the South-Western African Region. These projects were funded by The National Endowment for Democracy (NED). Florindo has also experience on higher education, worked as an Education Support Specialist II and International Student Advisor/DSO at Northern Virginia Community College (NOVA) and at Pennsylvania State University.

Hashem Mekki, MA, has taught Arabic Language, Culture & Middle East Media at IWP since 2012. He is the owner of Bridge Language Solutions, providing an array of language translation, interpretation and teaching services to the Washington DC metropolitan area, and the founder of Kele Global, a nonprofit organization that promotes education, health, and economic empowerment in the Sudan and the Republic of South Sudan. He also teaches Arabic language to federal employees & professionals at the National Nuclear Security Administration at the Department of Energy. Mr. Mekki volunteers with the IWP Center for Human Rights and International Affairs by providing Arabic translations & strategic cultural perspectives on North Africa and Middle East. Mr. Mekki previously worked with the Center for Strategic and International Studies and served on the board of Voices of Sudan, a nonprofit based in Washington, D.C. He holds Bachelors degrees in both Political Science and International Studies from the City College of New York, and a Master of Arts in Strategic Studies and International Politics from IWP.

Malik M. Chaka is a retired U.S. Government official who served as Director, Threshold Programs, for the Millennium Challenge Corporation, and as a Professional Staff Member with House Africa Subcommittee. He first visited the Angola marquis as a journalist in 1973 prior to independence on November 11, 1975 and travelled widely in the country over a four decade period. Mr. Chaka has written on Angola topics for the Times of Zambia, Zambia Daily Mail, and London-based Africa Analysis. He testified before Congress on the Angolan Government of National Unity. Mr. Chaka served as the Director of Communications for the Free Angolan Information Service for seven years, and produced and edited Angola Update and Angola Economic Notes, two internationally distributed newsletters. He was a member of a Council on Foreign Relations independent commission that issued Toward An Angola Strategy: Prioritizing U.S.-Angola Relations in 2007.

Kyra Gurney is a reporter for ICIJ. She previously worked at the Miami Herald and at InSight Crime, a nonprofit journalism organization based in Colombia that covers organized crime in Latin America and the Caribbean. At the Miami Herald, Kyra was part of a team investigating the illegal gold trade for a series called “Dirty Gold Clean Cash,” which was a finalist for the 2018 Pulitzer Prize for explanatory reporting. She also covered education and local government. Kyra has a master’s degree in journalism from Columbia University and a bachelor’s degree in comparative literature from Colorado College. She grew up in Albuquerque, New Mexico.