You are cordially invited to a webinar presentation on the topic:
COVID-19 and Global Energy Security
with
Mr. C. Derek Campbell & Dr. Sara Vakhshouri 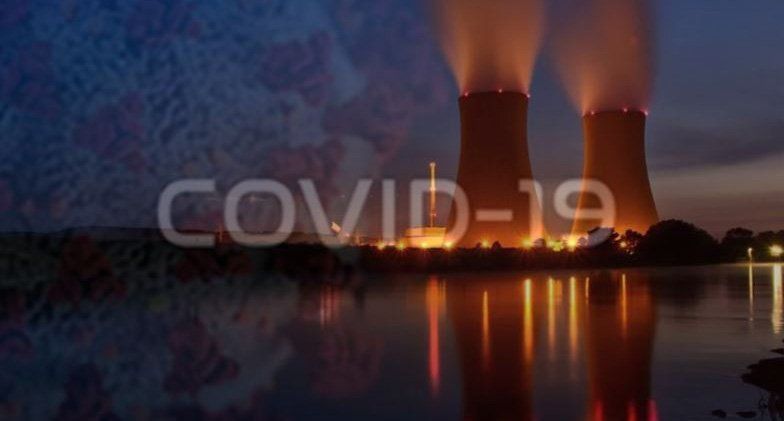 About the lecture: In this lecture, Dr. Sara Vakhshouri will discuss the fundamentals and changes in the energy market, and Mr. C. Derek Campbell will talk about physical security of energy infrastructure and cyber security. This lecture will cover themes from Dr. Vakhshouri’s IWP course on “Energy Security and the New Geopolitics of Energy.” The course focuses on the transformation of energy use over the past century and on expanding our understanding of today’s concepts of energy and how they fit within the rubric of national security.

C. Derek Campbell is the Chief Executive Officer of Energy & Natural Resource Security, Inc., an international security company providing “best-inclass” physical and cyber risk mitigation solutions for Critical Energy Infrastructure and Natural Resource assets. In this role, he leads the strategic engagements of the company and directs the development of all market entry strategies.

As an energy and extractive industry professional, Derek developed a niche expertise in the energy security space, where he leads ENRS’s efforts to raise awareness regarding the growing need for increased security and risk mitigation measures for critical energy infrastructure assets – ultimately ensuring greater energy resiliency and maintaining continuity of operations for ENRS’s clients.

Derek has enjoyed a distinguished career in the public and private sectors, with focus on the energy, extractive industry, and security/defense fields. In the private sector, Derek has traveled extensively throughout Africa, Europe, the Middle East and Asia. From early 2007 to mid-2012, Derek was the Managing Director of Accession International, Inc. where he guided his team in developing business for multinational extractive industry and infrastructure development firms throughout Western and Central Africa/the Gulf of Guinea, with particular focus in Nigeria, Angola, Equatorial Guinea, Ghana, and Gabon. From mid-2012 to late-2018, Derek served as the Chief Executive Officer of TransGenerational (TransGen) Energy, Inc. (www.transgen-energy.com), where he led all strategic engagements of the company and managed all strategic corporate activity until the corporation was sold in late 2018. In addition to leading ENRS, in early 2019 Derek became the Executive Chairman of AlphaSierra Advisory (www.alphasierra.co), a bespoke advisory firm in London, with a presence in Dubai, whose experienced team works with investors and executives seeking growth in emerging and frontier markets – with expertise across Africa.

In the public sector, during 2016, Derek served as a Special Security Advisor for the U.S. Special Envoy’s Office on South Sudan, where he lead the South Sudanese Ministry of Interior in the development and implementation of the Joint Operations Center(JOC) which is charged with de-militarizing and establishing police primacy for security in the capital city of Juba, South Sudan. As a United States Marine Officer, Derek served as the Marine Liaison Officer to the Defense Threat Reduction Agency (DTRA) where he oversaw all Marine Corps Counter-Threat initiatives: CounterDrone/Counter-UAS, Counter-IED, Counter-Tunnel and the like from 2016 to 2019. From 2014 to 2015, Derek served as the Chief of Military Plans for the United Nations Mission in South Sudan (UNMISS) – a Chapter VII Peace Enforcement Mission. He also served his country in Operation Iraqi Freedom and Operation Enduring Freedom, with distinction – earning the Bronze Star in Afghanistan. From 2004-2006, Derek served asthe U.S. Marine & Naval Attaché to Nigeria, where he developed deep cooperative relationships with multi- national corporations and captains of industry, as well as a keen understanding of the region and its diplomatic and commercial sensitivities. Chief among those were the maritime and port security around the Niger Delta, where he was primary portfolio manager and point of contact for all U.S. maritime and oil and gas security initiatives during that period.

Derek is a regular on the international Oil & Gas/Energy speaking circuit speaking as an authority on topics such as Energy Security and the Extractive Industry geo-political and market dynamics in Africa. He is currently a Colonel in the United States Marine Corps Reserve. Derek holds a Bachelor of Science (B.S.) in Technology & Management from the University of Maryland and a Master of Strategic Studies (M.S.S.) from the U.S. Army War College, with an elective concentration in Energy & National Security.

Dr. Sara Vakhshouri is founder and president of SVB Energy International, a strategic energy consulting firm with offices in Washington DC and Dubai. Dr. Vakhshouri has about two decades of experience of working in the energy industry with an extensive experience in global energy market studies, energy strategy, energy security and geopolitical risk. She has consulted numerous governments, public and private entities, and international organizations like IMF & World Bank. She is also member of the Energy Task Force of the Cyprus Climate Initiative which was launched and initiated by the President of the Republic of Cyprus. She is also Professor of Energy Security at the Institute of World Politics.

Dr. Vakhshouri has been a keynote speaker at prestigious energy conferences including the World Energy Congress, Chatham House Middle East & Energy Conference, Platts Oil and Middle East conferences and the Global LNG Congress. She has also been a keynote speaker at Duke University, Sciences Po university in Paris and Johns Hopkins University. Dr. Vakhshouri is frequently quoted and has appeared on Bloomberg, the BBC, The Financial Times, Reuters, Platts, The Wall Street Journal, Energy Intelligence, Foreign Policy, The Washington Post and Voice of America. She is the author of The Marketing and Sale of Iranian Export Crude Oil since the Islamic Revolution. Dr. Vakhshouri has also contributed chapters in different books and energy reports including World Energy Outlook 2018, published by the International Energy Agency. She regularly briefs energy think tanks and agencies including the International Energy Administration (IEA) & Energy Information Administration (EIA).

Dr. Vakhshouri has a PhD in Energy Security and Middle Eastern Studies. She has an MA in Business Management (International Marketing) and another MA in International Relations. She has been a Senior Energy Fellow at the Atlantic Council and at the Oxford Institute for Energy Studies. Dr. Vakhshouri has also experience of working in both public and private sectors of the Iranian energy industry.